The members of CONFENIAE ratify that they will not move from Quito this Thursday, June 30 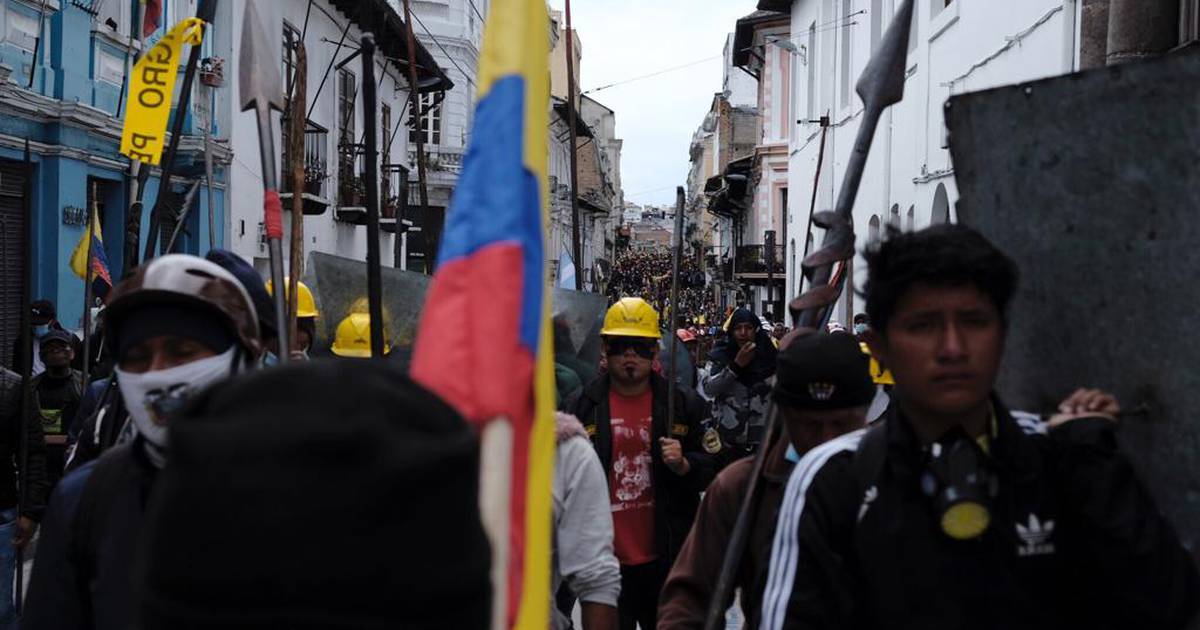 after the president Guillaume Lasso announce that he will no longer maintain dialogue with the maximum leader of the CONAIE, Leonidas Izaindigenous communities have indicated that they will remain in Quito and have ratified the arrival of more people this Thursday, June 30.

The Confederation of Indigenous Nationalities of the Ecuadorian Amazon (CONFENIAE) indicated that the bases of their delegations will remain firm and resist in the capital until they obtain answers from the Executive. At the same time, they endorsed the maintenance of all measures in six other provinces of the Amazon region.

CONFENIAE informs our bases that the delegations that we find in the capital remain firm and in resistance, we indicate that all measures are maintained in the 6 provinces of the Amazon Region and we call for the strengthening of de facto measures pic.twitter.com/jEXkrkafi1

For his part, the National Anti-Mine Front he condemned the warlike repression and the response to the mobilizations. Although they asked for a space of dialogue with the representatives of the Indigenous and Peasant Movement who carried out mobilizations and who respond effectively to the request.

The CONAIE He added that the massive mobilizations in different sectors of the Quito from this Wednesday. With a symbolic march, they took the surroundings of the Carondelet Palace asking that these meetings with the powers of the State resume and thus lead to the national strike.

The Ecuadorian Business Committee has revealed that the country’s productive sector has lost $108 million (updated 8 days of unemployment); the flower grower is losing $2.7 million a day; the tourism sector loses between 2 and 5 million USD per day and 79% of bookings drop.

The situation would be very serious for food producers, as it is the chain that has suffered the most from the road closures. The Chamber of Industries and Production says animal protein producers are losing $2 million a day because of the strike.

And milk producers are losing $1 million a day for unpurchased milk. All collection centers are at their maximum capacity, as they were unable to ship the product.