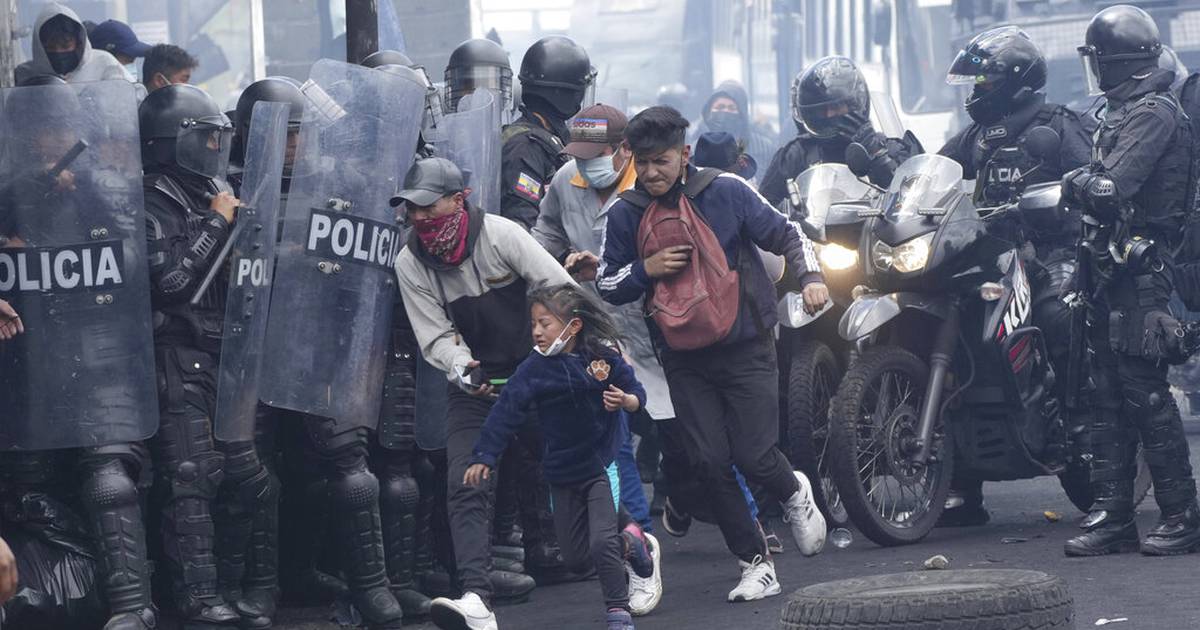 The mayor of Quito, Santiago Guarderas, spoke out in favor of the declaration of a state of emergency in Pichincha, Cotopaxi and Imbabura last Friday, June 17 by President Guillermo Lasso. The mayor, this Monday 20, filed precautionary measures so that the meeting to discuss the revocation of this legislative measure does not take place.

In the document published by nurseries It is specified that the objective is to prevent a serious violation of constitutional rights from occurring. “Constitutional precautionary measures have no other purpose than to prevent the violation of a right or to put an end to its violation, without in any case implying a pronouncement on the object of the question debated.”

Over the weekend, the mayor also called for the state’s presence in the District to be strengthened. The objective is to limit the scenarios of violence, to protect the peace, the life and the integrity of the citizens as well as to guarantee the free circulation and the development of the economic activities.

I filed a request for precautionary measures so that the revocation of the state of exception is not processed, until the mediation announced by the President of the National Assembly takes place. pic.twitter.com/IEm519NYVU

The President of the National Assembly (Parliament) of Ecuador, Virgilio Saquisela, has called a plenary session for this Monday to discuss the possible repeal of the state of partial exception signed by President Guillermo Lasso, in the purpose of stopping the society from protesting against the government.

Saquisela also requested that during the same plenary session be analyzed a resolution to immediately summon President Lasso and the leaders of the indefinite national strike against the economic policy of the executive to a dialogue table.

Saquisela, in a press conference held this Saturday, assured that the request for repeal has been signed by 72 of the 137 legislators who make up the plenary session of the Assembly and that the legal formalities have been complied with, therefore its treatment is a imperative.

“We don’t want the country to convulse,” added Saquisela, who hopes that on Monday evening there will be a majority decision on the request for the repeal of the state of emergency, so that the possible summons to the dialogue table can take place on Tuesday morning.

Shortly before, legislator Paola Cabezas, of the opposition movement UNES, had told Efe that the request for a debate on the revocation of the emergency decree had enough votes (minimum 70) to be processed.

- Advertisement -
Share
Facebook
Twitter
Pinterest
WhatsApp
Previous articleBoric’s party spokeswoman on a new constitution: “It’s a challenge for the whole of society and the whole state”
Next articleLagarde warns that wages are recovering, helped by rising SMI and labor shortages

After Kremenchuk Shopping Mall Attack: “No One Can Understand Why Russia Did This Against a Civilian Target”

9-1-1 Notruf LA: Season 5 of the drama series in Germany immediately after the American airing