The magic of the “sanctions” hit… Is the dominance of the “dollar” cracking? 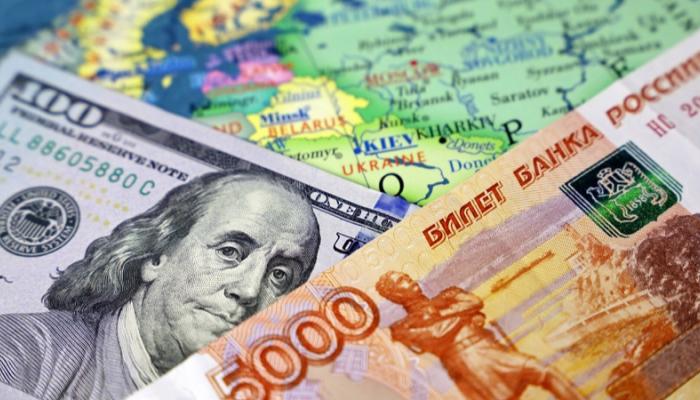 A comprehensive financial and economic war is the title of the ongoing conflict between Moscow and the West, and all weapons are available, including abandoning the dollar.

On March 23, 2022, Russian President Vladimir Putin announced that he had ordered the Bank of Russia to develop a mechanism for natural gas payments in rubles within a week. At the same time, Russia – which described the United States, the United Kingdom and members of the European Union as hostile countries – stressed that it will continue to supply gas to meet the demands according to the contracts concluded, despite the fact that several countries take measures illegal decisions to freeze Russian assets.

This step comes in response to the sanctions imposed by Western countries on Russia and to increase the value of the Russian ruble globally and use it instead of the dollar in its foreign relations with others, especially countries that Moscow called hostile countries.

Russia Today TV quoted Putin as saying: “There is no point in supplying Russian products to the European Union and the United States and receiving payments in euros and dollars,” stressing that “Moscow has made a decision to refrain from using the currencies of hostile countries to gas transportation.

The statements of Russian President Vladimir Putin generated wide responses, either from gas-importing countries such as Germany, or at the level of the movement of the ruble in the markets. After Putin’s announcement, the price of the ruble against the dollar rose by 8.27%, for the first time in about 3 weeks. The dollar exchange rate fell after trading on Wednesday, below the level of 95 rubles.

In the morning session of Thursday, March 24, the exchange rate of the ruble against the dollar rose to 96.75 rubles, after reaching record lows since the start of the Russian attack on Ukraine.

Abandon the dollar in commercial transactions

The weapon of ending deals with the US dollar has always appeared in trade exchanges amid economic wars and Western sanctions, which the United States stands out in imposing, believing that it will stop the escalation of crisis and reach solutions.

This weapon began to emerge in 2018, when 4 countries announced their intention to exit trading with the US dollar, most notably China, Russia, Turkey and Iran.

Russia, for its part, saw it better to carry out its trade in its national currency, and began this rapprochement with the Middle East, Southeast Asia, Latin America and Africa.

While China aims from that weapon to reduce the dollar’s dominance over oil trade. In March 2018, it launched a yuan-denominated oil futures exchange.

Turkey expressed its desire to trade in national currencies with China, Russia and Ukraine in 2018, after the Turkish lira lost about 50% of its value against the dollar since the beginning of that year.

As for Iran, US sanctions imposed by former President Donald Trump in August 2018 included preventing Tehran from trading in dollars, after which Iran agreed with Iraq to trade in euros and national currencies.

In March 2021, Russia renewed its call to reduce dependence on the US dollar and Western payment systems in the face of mounting US sanctions against Russia.

Today, due to Western sanctions imposed on Russia over the ongoing war in Ukraine, an alliance between China, Russia, the countries of the Shanghai Organization and the Eurasian Economic Union is on the horizon, with the aim of abandoning the dollar. .

According to the director of the Russian-Chinese Analytical Center, Sergey Sanakoyev, China will certainly agree to increase cooperation with Russia, because “the sanctions package is moving from the regional to the global level.”

“In fact, it is now clear that the West has instigated this to reset the global financial system,” Sanakoyev said. “In this scenario, it is China that opposes the West, not Russia. possible, not to ensure that Russia is not isolated, but to ensure that this whole policy leads to the self-isolation of the West itself. And there are many reasons for that. It seems to us that the whole world is now against Russia. But in fact only Europe and the United States. There are also countries in Africa, Asia and Latin America. And we will see in the near future Who will join and what? It is unequivocally clear that China and the rest of the Shanghai Cooperation Organization and the Eurasian Economic Union , they can together, by abandoning the Bretton Woods system, actually set up their own. And then there will be competition between the two systems. Time will tell which is more stable. I think it’s the Eastern system.”

The main advantage of this cooperation may be the transition to payment in national currencies and the abandonment of the dollar.

Increased interaction between Beijing and Moscow is quite capable of compensating for Russia’s separation from the SWIFT system, because countries have their own solutions in this area.