The Lord of the Rings: New images for Amazon’s ‘Rings of Power’ series show Khazad-dum! 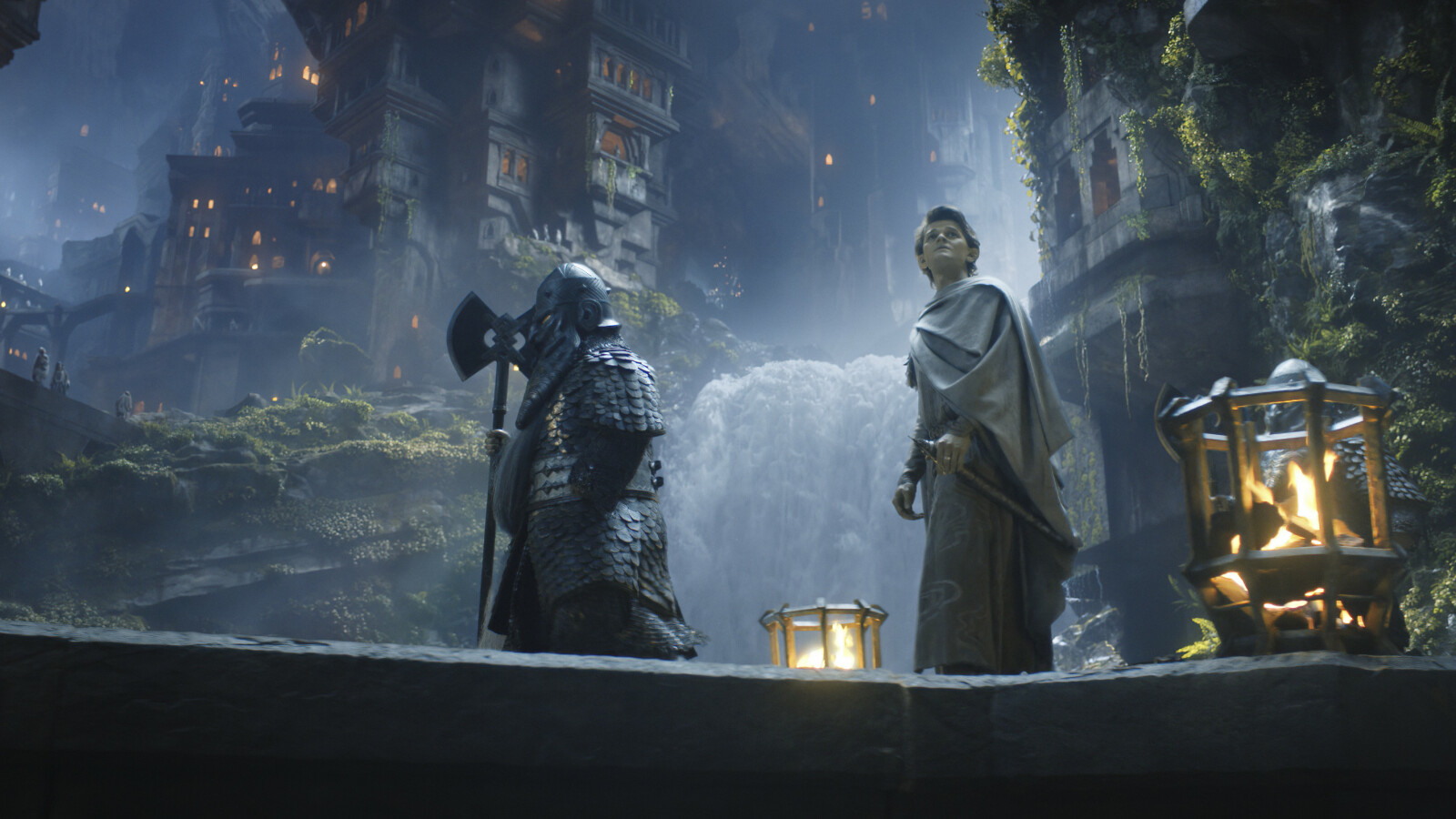 On September 2, 2022, “The Lord of the Rings: The Rings of Power” will begin streaming on Amazon Prime Video and we are currently receiving new information, images or trailers almost daily. Today it’s the turn of the images that take us to the dwarven kingdom of Khazad-dum, also known as Moria.

In an exclusive report by US Magazine Weekly entertainment Production designer Ramsey Avery talks about the obstacles to creating a world that many have seen in Peter Jackson’s Lord of the Rings films.

“It’s about the wealth and the gold and the vibrancy of this world, unlike what we see in the movies, which is the third age where everything is already collapsing and fading away,” says Avery. The Peter Jackson movies take place thousands of years after the events of the Amazon series.

In the dwarven kingdom of Moria, it was especially important for him to capture the essence of the dwarves before they mined too greedily and awakened the Balrog of Morgoth. Their greed eventually caused the downfall of their empires.

We were like, ‘Well, let’s get back to the true nature of dwarves and how it’s based on fire and stone. The architecture and also the clothes are much more sensitive. There is a sensitivity to the stones instead of giving its will to the structure of the stone.

Also the drawings of the elves and the hairy feet, primordial hobbits, have been adapted according to the era to the second age, so that we get a familiar Middle-earth, but also a new kind of Middle-earth. The elves are very close to nature and the hairy feet are nomads who roam the lands and have not settled in their homes.

The island of Númenor, which has never been shown on screen or on television, was inspired by ancient Greece and Venice when creating the island: “It is this powerful country with this great sea power that cares about water, that’s why you find blue colors everywhere.”

In order to transport not only the audience to Middle-earth, but also the actors, Avery and his team placed particular emphasis on creating real sets: “We wanted it to feel real and honest. We wanted to make sure that the actors had a world that you feel like you inhabit.”

“His insight, attention to detail, and passion for the characters and big picture of The Rings of Power are felt throughout the pages of our story. Working with Simon has been a once-in-a-lifetime experience,” they told the magazine. Weekly entertainment.

Before debuting in Amazon Prime Video’s New Releases program on September 2, the “Lord of the Rings” series will also be present at San Diego Comic-Con 2022 and will likely feature a new trailer.

Previous articleDaniela Katzenberger: “It was hell for me”! She talks about her burnouts
Next articleA Mexican lady and a “Dutch Romanian”: That was the imperfect robbery at the Atrio restaurant