The legacy of the Brotherhood.. Tunisia lifts security protection for deputies and politicians 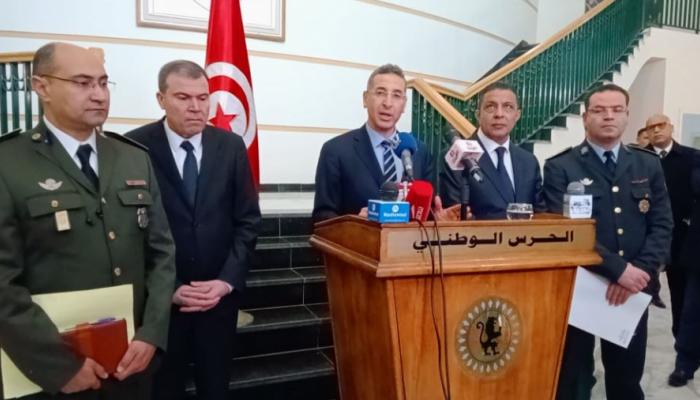 As there was no justification, the Tunisian Interior Ministry announced the lifting of security protection for 25 personalities, including frozen parliamentarians and politicians, in a correction to the remnants of the Brotherhood government.

During a press conference held on Saturday, Tunisian Interior Minister Tawfiq Sharaf El-Din said that the protection and security escort of 25 personalities had been lifted, including suspended parliamentarians, businessmen, journalists and politicians.

The ministry had previously placed these figures under security protection after terrorist death threats said it was targeting them.

Sharaf El-Din emphasized that it is no longer allowed to keep them for protection, while various residential areas and neighborhoods are in need of security protection and these equipments.

The minister revealed that when examining the file it was found that “several personalities enjoyed security protection unnecessarily and only to satisfy their arrogance.”

He added that these security forces cost the State and the Ministry of the Interior great costs because the national interest demanded it after the decision of a security committee that studied the matter.

At the same conference, the Minister of the Interior indicated that investigations had been opened into customs operations, which he described as dangerous, revealing the existence of customs violations over the years that caused billions of billions in losses to the Tunisian economy.

Sharaf El-Din spoke about the theft of the customs information headquarters, pointing out that there is great suspicion related to the cover-up of customs crimes that could have involved influential figures in the customs administration.

Sharafeddine also said that Tunisia is currently facing major economic and social challenges that require continuing to work to cleanse the country of speculators, monopolists and smugglers.

The minister called for a greater intensification of joint surveillance campaigns with the approach of the month of Ramadan, to “guarantee a good supply of the market with various food products, preserve the livelihood of citizens and combat manipulations in distribution channels”. “

Sharaf El-Din affirmed his commitment to be ready to be present on the ground in any corner of Tunisia, at any time and in any security operation.

Pointing to the Home Secretary

For his part, the spokesman for the General Administration of the National Guard (gendarmerie) Hossam El-Din Al-Jabali announced the overthrow of more than 148 terrorist cells in the period following July 25, the date of the suspension of Parliament. and the dismissal of former Prime Minister Hisham Al-Mashishi, according to exceptional presidential decisions.

Al-Jabali revealed, during the same press conference, that the stabbing operation that recently targeted a border patrol in Kebili Governorate (southwest) targeted Interior Minister Tawfiq Sharaf El-Din, who was in favor of visit in Tozeur (a governorate adjacent to Kebili).

He noted that after arresting the terrorist element that carried out the knife attack, a second element was arrested in the coastal governorate of Sousse, the party financing the operation.

He added that as the investigation progressed, a girl from a foreign country, who had been recruited and received training in the manufacture of explosives in one of the sources of tension, was detained at the Tunis-Carthage airport.

Al-Jabali claimed that this girl was going to receive an explosive belt from the second element, who was arrested in Sousse, with the aim of carrying out a terrorist operation in a tourist city.