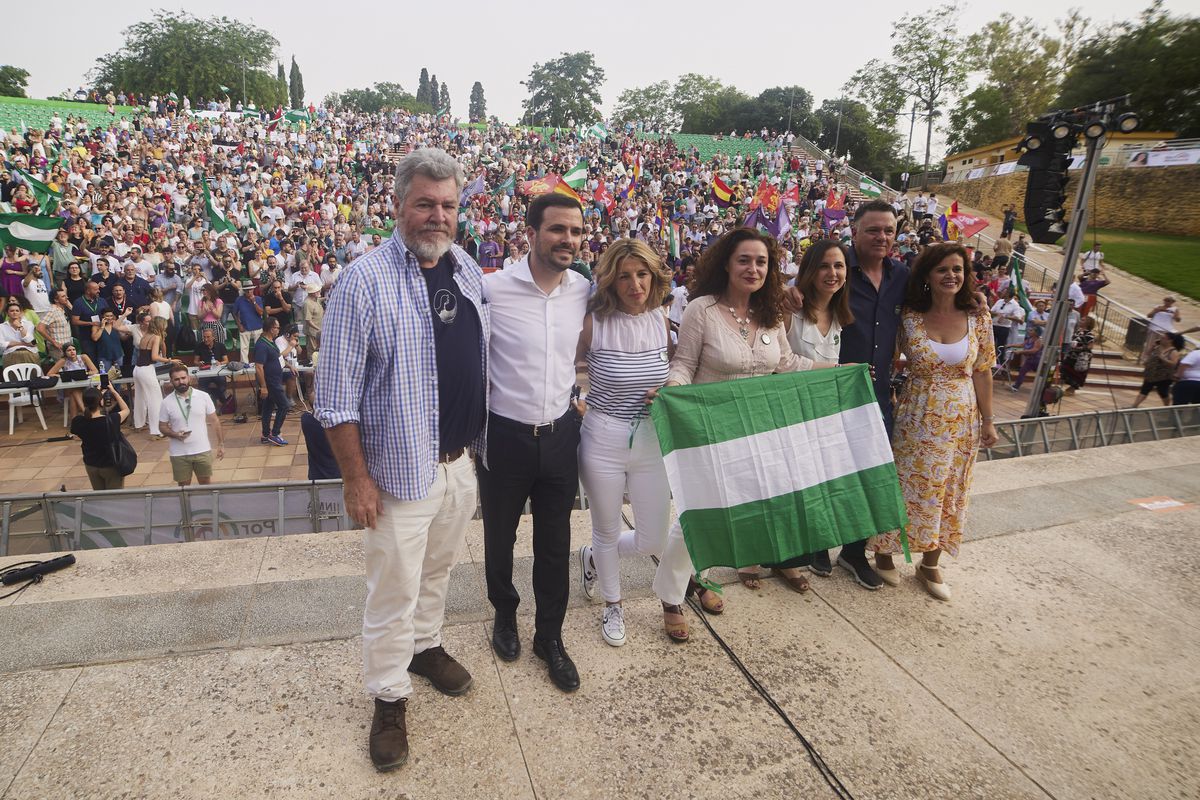 The Andalusian Left deepens its crisis. With only five seats in this Sunday’s elections, the Por Andalucía coalition, which includes Podemos, IU, Más País and three other formations, has not managed to reverse the electoral trend of recent years, which has seen a decline in this political space practically call after call. The disagreement has led to yet another loss of seats this time, and now the future of something bigger is in question: Yolanda Díaz’s political platform for the general elections, a still embryonic experiment that the Por Andalucía coalition had taken as a starting point.

The traumatic break in the last legislature of the Adelante Andalucía group – Teresa Rodríguez and seven other MPs were expelled on charges of defection after leaving Podemos – and the fragmentation of that space into two candidacies for these 19-year elections have the Results burdened by both. Andalucia, with Inmaculada Nieto (IU) at the top, has just managed five seats; Andalusia in front led by Teresa Rodríguez, two. In 2018, the single list had received 17 MPs (and 134,000 votes more than now).

Both leaders broke the truce as soon as the results were known Sunday night, blaming each other for this loss of popular support. But this Monday, the national leadership of the parties, with the exception of Podemos ―which remained silent on the outcome beyond a tweet by its secretary general―, tried to turn the page and detach Por Andalucía’s election campaign from the future project that Vice President Yolanda Díaz is preparing . “It is more necessary than ever,” notes the IU federal spokeswoman Sira Rego.

“The fragmentation of the left didn’t help, nor did the process of building the brand itself,” admitted the MEP, alluding to the complicated negotiations and political and legal muddles that led to the demise of Podemos and Alianza Verde were excluded from the Office Registration of For Andalusia. “There are elements to correct,” stressed Rego, who admitted that the result was “bad without palliatives”. For the spokeswoman, the debacle shows that Sumar, the process that Díaz initiated on July 8, is “more necessary than ever”. “To do things well, we need to involve more sectors that are not now being questioned by political organizations,” he defended, similar to Nieto on Sunday. Rego has claimed the presence of all political forces in the future project: “Everyone has to be there. It would be ridiculous to start sharing.”

“One must take note, practice self-criticism, analyze and correct the mistakes made so that they do not repeat themselves,” said Jaume Asens, leader of the United We Can group and spokesman for En Comú Podem. The Catalan confluence has become another fundamental mainstay of Díaz, who distances herself from Podemos. “We need to open a new time looking to the future and for us the next stop is September 8th. The dynamics of the past must be left behind,” he concluded.

Yolanda Díaz herself, who, after taking part in the campaign late Sunday on social networks, claimed the need to open “a new time that looks to the future”, on Monday avoided any other assessment. We can’t have spoken either. Even former Vice President Pablo Iglesias said he had decided to respect “the time to think” for the leaders of his formation in order not to create “headlines”. However, there is “anger and concern” within Ione Belarra’s party following a campaign in which they were smeared, according to training sources. However, the composition of the group that emerged from the polls gives Podemos a majority: three MPs against one from IU (Nieto) and one from Más País (Esperanza Gómez). In the previous legislature and after the departure of Rodríguez and his cronies, the six MPs came from the IU.

The ballast of division

The reading of Por Andalucía candidate Inmaculada Nieto on Sunday night turned into a direct attack on anti-capitalist leader Teresa Rodríguez: “Unity is essential (…) Unfortunately, the political force has not now joined you will be able to to see the electoral and therefore social destruction caused by the disagreement,” said Nieto, alluding to Rodríguez’s refusal to enter Por Andalucía. Rodríguez responded in the same vein, urging this “section of the left” that his colleagues should one day “examine their consciences”.

The political scientist Pablo Simón claims that in any case “sums remain” and therefore the unity of the left candidatures would not be a guarantee of success. “The Podemos project in Andalusia was virulently destroyed. The split between Teresa Rodríguez on the one hand and IU on the other has created hostilities between organizations and voters, which means cross-rejection has increased and aggregation is not automatic,” he says. Both lists have punished the left, agrees political scientist Ana Salazar. “If you’re a small party, you can’t compete. The profitability of this vote in provinces where 11 seats are distributed was minuscule.

Without post-election polls, it is not possible to know exactly what happened to the votes lost to the left in these elections. Previous polls showed that around 75% of former Adelante Andalucía voters would be split between the two coalitions. The rest were either considering voting for the PSOE or were still undecided. Salazar points to a double transfer: “Maybe they went to the socialists out of tactics. And that the most focused PSOE vote has shifted to the PP to stop Vox.

In any case, reconciliation between the left in the Andalusian parliament does not seem possible. This Monday Rodríguez asked for “respect” between the different formations. “They must stop the attacks that Revenge and darts,” he pleaded. But nothing about unity: “Let the rest of the armed forces understand that Andalusism is here to stay.” In Por Andalucía, too, they rule out an electoral alliance for the time being.

- Advertisement -
Share
Facebook
Twitter
Pinterest
WhatsApp
Previous articleKyiv tries to forget the worst of the war: “It’s scary to get used to alarm sirens”
Next articleSánchez accepts the “very hard blow” and prepares new anti-crisis measures to get out of the Andalusian hole

Max Aub, the Spanish writer who best narrated the experiences of war and refugees