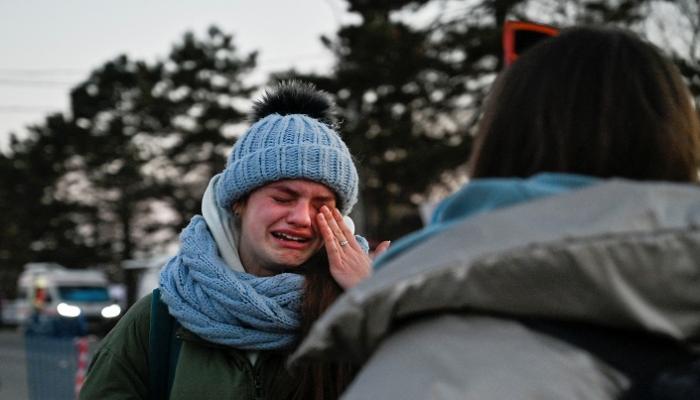 And the sirens arrive, as a warning of the probable occurrence of missile attacks in any area.

Russian forces are besieging the city in northeastern Ukraine, which had a population of 1.5 million people before the war broke out.

In another context, the Russian Defense Ministry said that Russian soldiers delivered more than 75 tons of humanitarian aid to Kherson, after local businessmen significantly raised the prices of basic goods.

It is not the first time that Russia has announced aid to kyiv, the Russian Defense Ministry has previously announced the formation of a joint operations center with other ministries to provide aid to the population in the areas under its control.

Earlier this month, he said his forces had delivered 30 tons of humanitarian aid to civilians in Ukraine.

“Representatives of federal departments, state and regional companies are working around the clock at the headquarters,” said Colonel Mikhail Mizintsev, head of the Defense Department’s Center for Defense Affairs.

Moscow accused kyiv on Saturday night of planning an attack on Western diplomatic facilities in the western Ukrainian city of Lviv, with the aim of falsely holding Russia responsible for this act.

Russian Defense Ministry spokesman Igor Konashenkov said the Ukrainian leadership intends to present the attacks on diplomatic sites of the United States and other Western countries as a “directed attack by the Russian armed forces.”

This would put pressure on NATO to provide more arms shipments and agree to a no-fly zone over Ukraine.