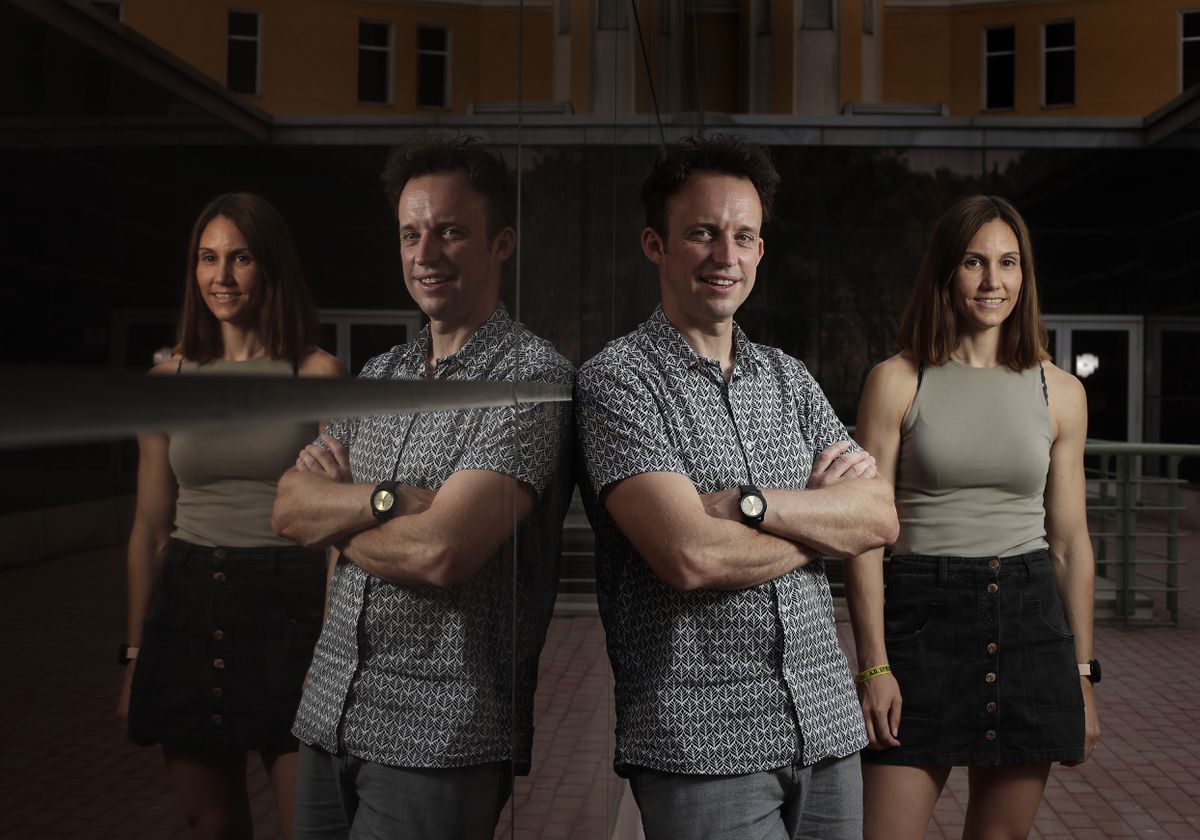 The aberration with a cancer cell would be equivalent to a copy of the Quixote that it began the other way round (“emradroca oreiuq on erbmon oyuc ed ,ahcnaM al ed ragul nu nE”), whose central figure was actually seven knights errant, and that one of them had nine heads on his shoulders; where the journey to Barcelona was reversed and the protagonist stormed the windmills 500,000 times, over millions of pages. This unthinkable perversion is quite possible in a cancer cell.

For decades, scientists have known that this disease not only causes mutations, or misprints, of a single letter in our genome — say, an A for a C in a book made up of 3,000 million of those perfectly ordered letters — but also distorts its large-scaled one Organization.

Our genome is perfectly organized into 23 chapters called chromosomes, but tumors multiply some, delete others, spell whole sections backwards, or repeat passages without a break. These transformations provide the molecular machinery for tumors to grow much faster than healthy tissue, evade the immune system, and become untouchable by some cancer therapies. These lesions, called genomic instability, are present in almost all tumor types and in 100% of metastases, which are the cause of 90% of all cancer deaths. Whoever manages to understand and eliminate this insane genomics will be able to stop the deadliest tumors.

appears today the most comprehensive study What has been done so far about the causes of these genomic aberrations in cancer. Almost 7,000 tumors from 33 different types were examined. The results identify 17 patterns of widespread genomic damage with important implications for the diagnosis and treatment of patients with a poorer prognosis. A second Work analyzes more than 9,000 tumors and describes 21 similar aberrations. Both analyzes are published in the journal Natureworld elite of science.

“We’re starting to see some logic in the midst of the madness,” summarizes Geoff Macintyre, a computational biologist at the National Cancer Research Center (CNIO) and co-author of one of the studies. “Tumors with a lower survival rate, such as those of the ovary, pancreas, esophagus, lung or brain glioma, have high levels of genomic instability. The consequences of this genomic chaos have not yet been understood because it is different for every patient. In this case, we’re not looking at the consequences, we’re looking at the causes,” explains the 41-year-old Australian researcher.

The CNIO researcher Barbara Herman realized that these delusions reveal molecules and mechanisms that are absent in healthy cells and that can be targeted with existing drugs. The 33-year-old molecular biologist from Castellón, multiple gold medalist in Spain in the pentathlon, has compiled up to 44 examples of therapy against genetic errors in cancer that are already approved for a specific tumor type and that could also be used against tumors with a poor prognosis with one or more patterns of instability will.

The authors of the study, which also involves the UK’s National Cancer Institute, also show that the patterns predict how the tumors will develop and whether they will be susceptible to platinum compounds, a type of chemotherapy. “These biomarkers open up the possibility of using cancer therapies universally,” summarizes Hernando.

Scientist Abel González from the Barcelona Biomedical Research Institute coordinates a European project of 10 million euros to characterize all the small genetic changes – one-letter typos – in each tumor in hopes of improving treatment. “This new study goes a step further by providing large genomic scale biomarkers that can be used to address the diagnosis and treatment of cancer more broadly,” he points out.

The future would be to administer the same drug against many different types of tumors. There are already some examples, like immunotherapy, which is given when a patient has a certain mutation, regardless of where her tumor is, or PARP inhibitors, which initially target a mutation in ovarian cancer but in other classes of tumors be tested, which have the same defect.

“Often the causative mutations of cancer are sought and not found,” explains Andrés Aguilera, winner of the National Genetics Prize. “These new genomic instability profiles would make it possible to identify tumors susceptible to drugs designed for patients known to have these mutations. But success probably depends a lot on each individual’s tumor,” he says.

In 2020, the largest genomic study of cancer opened the door to detecting a tumor before it occurs by pinpointing dangerous causative mutations. Macintyre was one of the authors of this work. “If we really want to cure cancers with high genomic instability, we have to intervene before they develop,” he now explains.

Ovarian cancer is a brutal challenge because the disease hardly shows any external symptoms and the first mutations appear 20 years before diagnosis. Something similar happens with pancreatic cancer. Macintyre’s next goal is to try to get one step ahead of lung cancer by analyzing some cells taken during diagnostic tests like bronchoscopy that could indicate a causative mutation. What to do if the patient does not have cancer yet? “We don’t know,” admits the scientist, who has set up a company to develop some of his findings. Perhaps this is the beginning of a new way of delivering chemotherapy in much smaller and more localized doses. The challenges that remain to be overcome are enormous, but the hope is that “every time we look at the genomic instability of a tumor, everything starts to make sense,” he says happily.

- Advertisement -
Share
Facebook
Twitter
Pinterest
WhatsApp
Previous articleThe fast delivery service Gorillas initiates an ERE for its 300 workers in Spain
Next articleWe are vulnerable and that makes us strong: what art teaches us about viruses