The Lady of Elche is the stone sister of the Misteri Basilica, a World Heritage Site 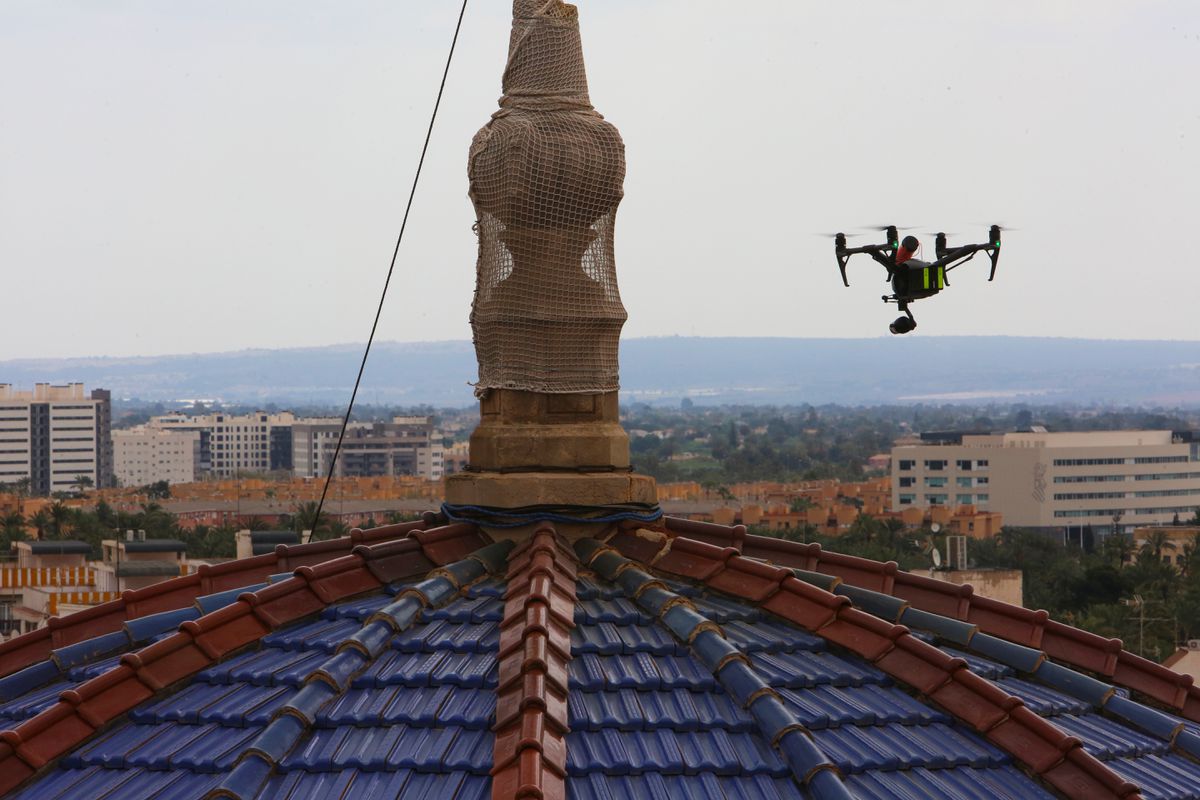 The Lady of Elche shares her genetics with the Communion Chapel of the Basilica of Santa María, the Temple of Elche where the Misteri are performed. The master plan, carried out between November 2021 and March of this year, a technical study to protect and preserve the monument, has established that the stone that forms the communion chapel comes from the same quarry from which the Iberians They took out the material to to sculpt the city’s most famous icon, according to Yolanda Spaarani, director of the Architectural Restoration Group at the University of Alicante (UA) and a member of the technical team that wrote the report.

The Last Supper Chapel was the last to be integrated into the Basilica of Elche. While the temple was built between 1682 and 1710 with stones from the Salinetes quarry (Elda), this area, completed in 1783, is made of material extracted from the El Ferriol quarry near Elche. The sample analyzed by the Masterplan team led by the architect Juan de Dios de la Hoz is consistent with that of the studies carried out in 2005 on the Stone of the Virgin of Elche. Its origin is the same.

The technological analysis of the basilica was presented last Thursday. It contains “the complete description of the building” with its pathologies and needs in order to “communicate to public and private bodies” what main actions must be included in the projects “to face its conservation and restoration”. points to Sparani. The master plan “proposes new proposals adapted to the needs of the population and users, improves the landscape value and the visual relationships of the temple with other elements of Elche, and outlines strategies to improve accessibility (both physical and virtual)” , says the document presented on Thursday. About twenty specialists drew up this plan, which develops a project for a period of ten years and envisages an investment of almost 6.9 million euros.

The different phases proposed concern the intervention on “the roofs of the building, the lightning rod and in two covers that pose risks due to possible falling fragments”. Most urgently, however, is the repair of “water leaks that have been observed in different parts of the basilica”. Another highlighted aspect is “everything related to the Misteri d’Elx”, the medieval drama of the Assumptions that is performed every August in the Temple and that has been included in the Unesco List of Intangible Heritage of Humanity. The report analyzed the development, plot and staging of the Misteri.

The team around De la Hoz used the latest “instrumental diagnostic techniques” for its development, explains the UA professor. From “drones enabling recordings of inaccessible places” to a full “photogrammetry, a visual report of the basilica from high-resolution photographs”. A laser scanner, hygrometer, ultrasound, colorimeter or hand-held microscopes have made it possible to collect “data on various aspects such as humidity levels, surface degradation or biological deterioration” of the moose monument.

Previous articleRussia seeks extradition of Tiergarten killer
Next articleSenegal is holding a legislature tomorrow, with the balance of power between the government and a burgeoning opposition at stake