The lack of rain and the stifling heat are forcing water restrictions in cities in Barcelona, ​​​​​​Malaga, Huelva and Pontevedra 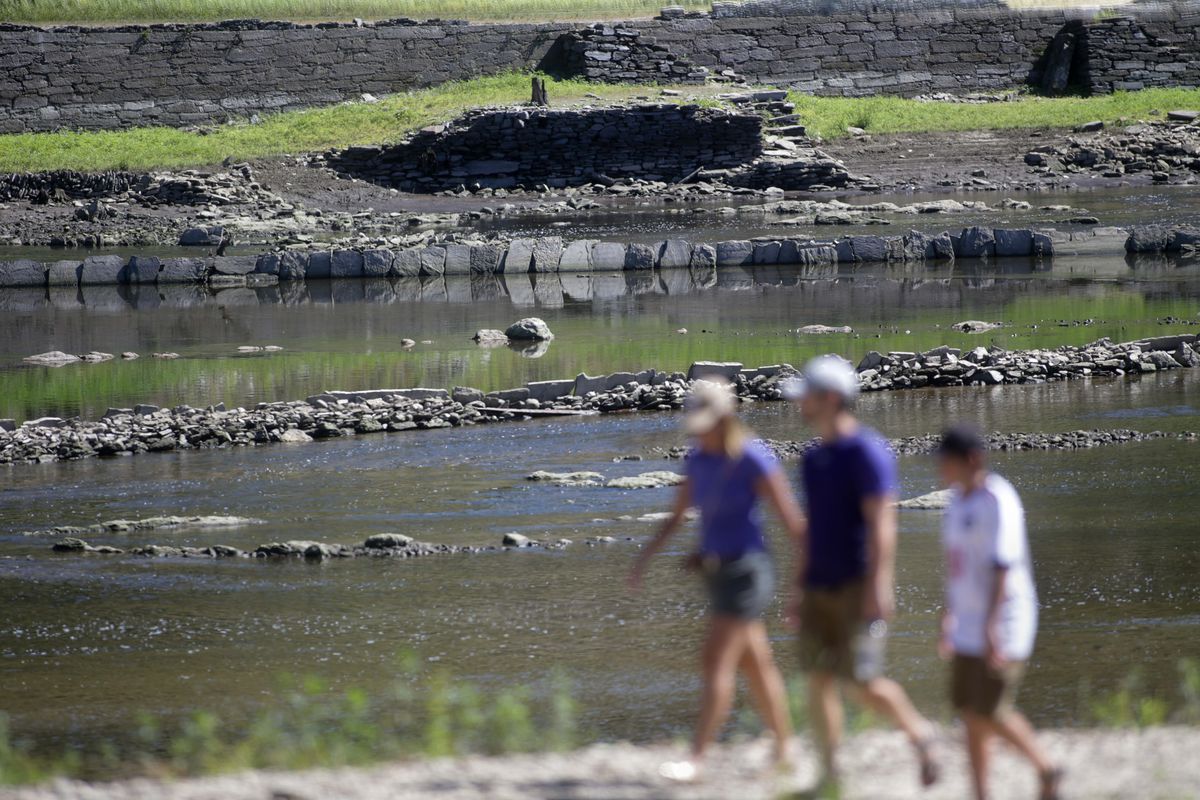 The extreme heat and the almost complete lack of rain in almost all of Spain are accelerating the emptying of the reservoirs and have already led to the first consumption restrictions. Even if only very limited at the moment. The water reserve, the stored water, is at 41.9%, according to the Ministry of Ecological Transition, down 1.3 points from the previous week and almost 20 points from the average on the same data. The situation is not uniform since there are basins below 30% (Guadiana, Guadalete-Barbate and Guadalquivir), some in a critical situation (the Viñuela reservoir that supplies the Axarquía in Málaga is already at 13%) and others, like that of the Júcar, in notes on the stuffing.

The combination of the lack of precipitation (it has rained 26% less than normal since October), the increase in water consumption due to high temperatures (in Madrid, for example, it increased by 9% in July), and the evaporation of the swamps and soils (the moisture of the surface layer of soil is zero) have led to the adoption of restrictive measures in cities in Barcelona, ​​​​​​Malaga, Pontevedra or Huelva, while contingency plans are already being drawn up across Spain, given evidence of an August of persistent heat and abundant rain, no storms, not arriving.

At no time this year has the water stored in Spain exceeded what was collected in 2020 and 2021. The reservoirs store a total of 23,523 cubic hectometers, compared to 27,958 in the previous year. Between July 19 and July 26 (data updated weekly) the reserve fell by 737 hectometers. It has hardly rained during this period: between last October and July, the average accumulated precipitation is estimated at 419 millimetres, 26% less than the normal which is 569 millimetres. And so far this month, precipitation has been light on the Atlantic side and “virtually zero” on the Mediterranean side.

Catalonia, the inner-western third of the peninsula, almost all of Andalusia (except for the eastern zone), the province of Guadalajara (with a dozen large reservoirs including part of the Buendía reservoir, the fourth with the largest capacity) and the Canaries According to the Spanish meteorological authority (Aemet), the islands have not even reached 75% of normal precipitation values. On the other hand, there are areas where rainfall has doubled the average for the period 1981-2010, such as some areas between Almería, Murcia, Granada, points along the coast of Valencia and Alicante.

Adding to the lack of rain is the unusual heat that has triggered evaporation and human consumption, speeding the draining of the reservoirs. The water retained in the hydrographic basin of the Ebro, the basin with the largest capacity, has fallen again this week by a further 3.2% to 54.8% of its capacity, with 4,336 cubic hectometres of the 7,917 that can be accommodated in all the hydraulic infrastructure of the Systems, according to data provided this Monday by the Hydrographic Confederation of the Ebro (CHE). The basin does not exceed the average reserve of the last five years and, at 4,753 hectometers and 60% of the total capacity, is below the value of 2021 and the minimum that occurred in 2017.

The Canal de Isabel II, which manages the supply of the Community of Madrid, has reported that its reservoirs are at 64%, “a figure that is 6.4 points below the historical average and 9.2 points below the accumulated level of a year ago year lies”. The lack of rain in July and the very intense heat have led to a 9% increase in consumption compared to consumption in the same month of 2021 (in June the increase was 11%). And rivers didn’t help either, as their contribution in July was 47.9% lower than usual.

The panorama has turned gloomy even in August in places used to rain and greenery. The Lérez River, which supplies the Pontevedra region, is minimal, which has forced the Pontevedra City Council to issue a decree prohibiting its 83,000 residents from filling swimming pools, washing private cars, flushing the streets or watering the gardens. This Wednesday, the Xunta is planning a meeting with the municipalities of the Pontevedra area to deal with the “water scarcity alert”.

Meanwhile, the Catalan Water Authority (ACA) has declared a hydrological alert on the upper reaches of the Ter, middle Llobregat and Anoia Gaià; and he fears severe restrictions will have to be imposed in September if rain doesn’t rectify that. In fact, there are already restrictions in 15 municipalities in the Anoia region, in the province of Barcelona

The province of Cádiz has part of its ten reservoirs under a decree declaring an extraordinary drought, although there are currently no water restrictions in sight. The uniqueness is due to the fact that the lack of rain last February meant that the Barbate river basin and the Campo de Gibraltar area were at risk of flooding. However, the heavy rains in April secured water supplies for the province of 1.2 million people for the next year. Currently, Cadiz’s reservoirs are at 29.71% of their capacity, a similar percentage to last summer.

This level, added to the considerable capacity of some reservoirs such as Guadalcacín and Los Hurones, “guarantees human consumption for the province for the time being,” explains Daniel Sánchez Román, territorial delegate for sustainable development of the Junta de Andalucía in Cádiz. However, the person responsible warns: “The restrictions are not planned, but it is true that during the heat waves, water evaporation from the swamps is more pronounced.”

Where they will not eliminate the flooding in the short term is in Huelva. The more than ten reservoirs in the province are at 25.93% of their capacity. But more than low levels or forecasts of no rain in the coming months, it’s the combination of a lack of infrastructure and drought that has led to restrictions in 15 towns in the Huelva Mountains that are served by aquifers and none Connections to these have swamps.

Dishes in the rainy areas of Huelva

The decline in the reserves of these wells due to successive heat waves has led to restrictions being imposed on communities in the Sierra de Aracena and the Picos de Aroche, such as Cumbres de San Bartolomé, Valdelarco, Cumbres Mayores and Hinojales, which have been affected since mid-year -July due to nightly water outages despite being, paradoxically, in one of the rainiest areas of the province.

The drought situation in Málaga, and especially in regions such as the Axarquia or the interior of the province, has led to decisions to reduce water consumption. Thus, from this August 1st, the municipalities of Vélez-Málaga, Rincón de la Victoria and Algarrobo will turn off the water from the showers on the beaches. Therefore, three of the localities on the Costa del Sol-Axarquia coast have already opted for austerity measures in the face of the complicated situation due to the scarce reserves of the La Viñuela reservoir, the largest in the province but whose capacity is reaching its limits , on 12, 8%, due to lack of rain.

Due to the situation of “extraordinary drought with serious shortages” we are suffering and the high risk of suffering water restrictions for human consumption, we have taken extraordinary measures that will help control the water resources of the community. #DroughtMeasuresAlgarrobo pic.twitter.com/luywJaXMgb

A few days ago, the Association of Municipalities of the Costa del Sol Axarquia asked the municipalities to draw up water saving plans in order to reduce consumption for human supplies by 20%; a measure included in the drought decree of the Junta de Andalucía. It prohibits the use of water resources fit for human consumption for washing streets, filling private swimming pools, watering gardens, public and private parks, golf courses, washing cars outside authorized facilities, ornamental fountains without a closed water circuit and for showers and public vending machines.

Previous articleRevolution in the offices: This is what the new workspaces are like after the Covid
Next articleThe enchanted forest of Ibarrola comes to life again