The labor market recovers after two years of pandemic 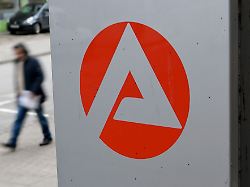 The economic crisis caused by the coronavirus pandemic was very serious at times. But the economy has regained its balance, and with it the labor market.

Hannover (dpa/lni) – After two years of the pandemic, the labor market in Lower Saxony has largely recovered from the consequences. “In Lower Saxony we have reached the pre-crisis level in terms of unemployment, employment and demand for personnel,” said Johannes Pfeiffer, director of the Lower Saxony-Bremen regional directorate of the Federal Employment Agency. In Bremen, the labor market in terms of employment and demand for personnel exceeds the pre-crisis level. However, the effects of the war in Ukraine on the economy have yet to be determined.

- Advertisement -
Share
Facebook
Twitter
Pinterest
WhatsApp
Previous articleAre you going on a trip? These are the discounts offered by each autonomous community
Next articleSome NATO countries still fly Russian MiG-29 fighter jets; this can now become a problem