The Kremlin apologizes to Biden after insulting Putin. tired and forgetful 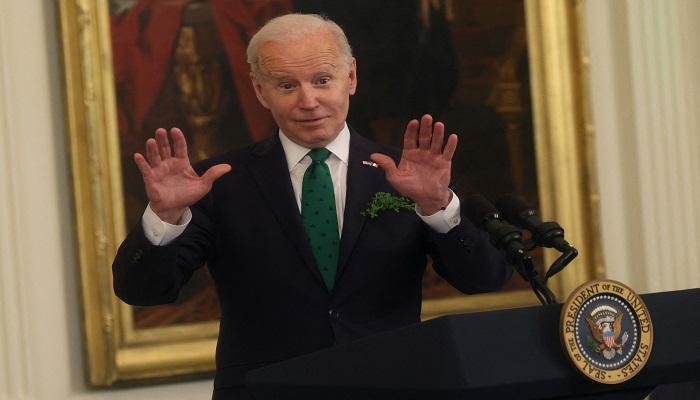 The Russian presidency commented on US President Joe Biden’s remarks about his Russian counterpart Vladimir Putin, calling it “personal insults.”

Biden has described Putin as a “war criminal” and “a murderous dictator” in recent days after sending tens of thousands of troops to Ukraine in a move he said was a “special military operation” aimed at stripping kyiv of their military capabilities. and get rid of what he described as dangerous nationalists.

Peskov added: “Given Mr. Biden’s typical irritability, fatigue and sometimes forgetfulness … fatigue that leads to hostile statements, we will not make harsh assessments so as not to cause further hostility.”

The US president is wrong in talking about the Ukraine-Russia war when he recently talked about Vladimir Putin’s invasion of Russia.

“It’s very interesting, when you look at what’s going on on the international stage, how we got to this point,” Biden said in a recent interview.

He continued: “As you know, Putin made the decision to invade Russia, and this has not happened since World War II.”

But he immediately corrected the mistake and said: “I mean, Putin decided to invade Ukraine.”

The video clip showing Biden’s mistake was widely shared on social media platforms, as it is not the first time that the US president has fallen into this type of situation.

Biden made a linguistic slip while delivering his first State of the Union address to Congress, part of which was devoted to discussing the Russo-Ukrainian war.

The American president made the mistake of talking about the Ukrainian people, when he said: “Putin can surround kyiv with tanks, but he will not win the hearts and souls of the Iranian people.”

Vice President Kamala Harris seemed to notice this error, even murmuring on her lips correcting what she had said as “Ukrainian” instead of Iranian.

The slips and mistakes are not the result of the current Ukraine crisis. Biden made similar mistakes last year, causing a lot of controversy around the world.