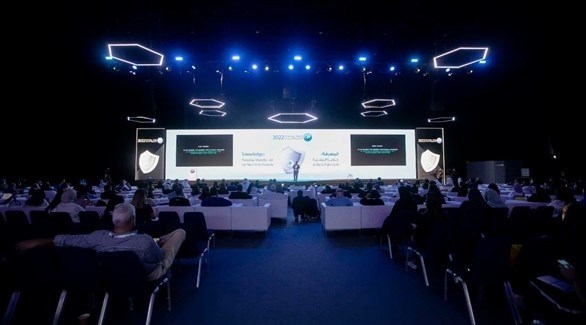 The Knowledge Summit in its seventh session at the Expo 2020 Dubai venue witnessed, on its first day, various discussion sessions, which included 6 discussion and knowledge sessions in the main hall, in which various topics were discussed, being the most prominent education in the third generation of the Internet “Metaverse”, the role of the media during crises, youth and business leadership, resilience in times of uncertainty, the vision of the future, pandemics and their impact on the climate is a double-edged sword.

Professor Shafi Ahmed, a surgeon, university professor, inventor and entrepreneur, spoke about the third generation of the Internet and its role in accelerating the virtual education system, reshaping the future of education and the best ways to develop a new ecosystem for science students, and the ability of the “Metaverse” to build and develop a new ecosystem in education and health, where Shafi pointed out that humanity is on the brink of a fast-paced and changing world, and has repercussions on all sectors, including the sector educational, which represents the solid foundation of knowledge.

rule development
Shafi explained that technology today contributes a lot to changing and developing work rules in the education and health sectors, from the transfer of the patient to the hospital, to surgical operations with “Metaverse” techniques.

The role of the media
The second Knowledge Summit session included discussions on the role and impact of the media during crises, the fight against false and misleading information, especially on social media, and its role in exacerbating the Corona crisis, by spreading rumors and fake news.

shaping the future
In the fifth session, expert and futurist Matthew Griffin discussed how to shape the future and prepare for epidemics, saying: “The world is changing rapidly thanks to electronic chips and artificial intelligence, and all these generations of technology will make a big change. in the next few years, for example, since the beginning of coronaviruses, scientists waited 5 years before coming up with a vaccine, and during the pandemic it only took 3 months, and in the future between 2025 and 2030 when the epidemics appear, no it will. take any time to provide a vaccine.”

The sixth session saw discussions entitled “Epidemics and their impact on the climate – a double-edged sword”, the negative environmental effects of the pandemic, the positive side of the pandemic, as well as the lessons and lessons learned from the epidemic for mitigate the effects of climate change.