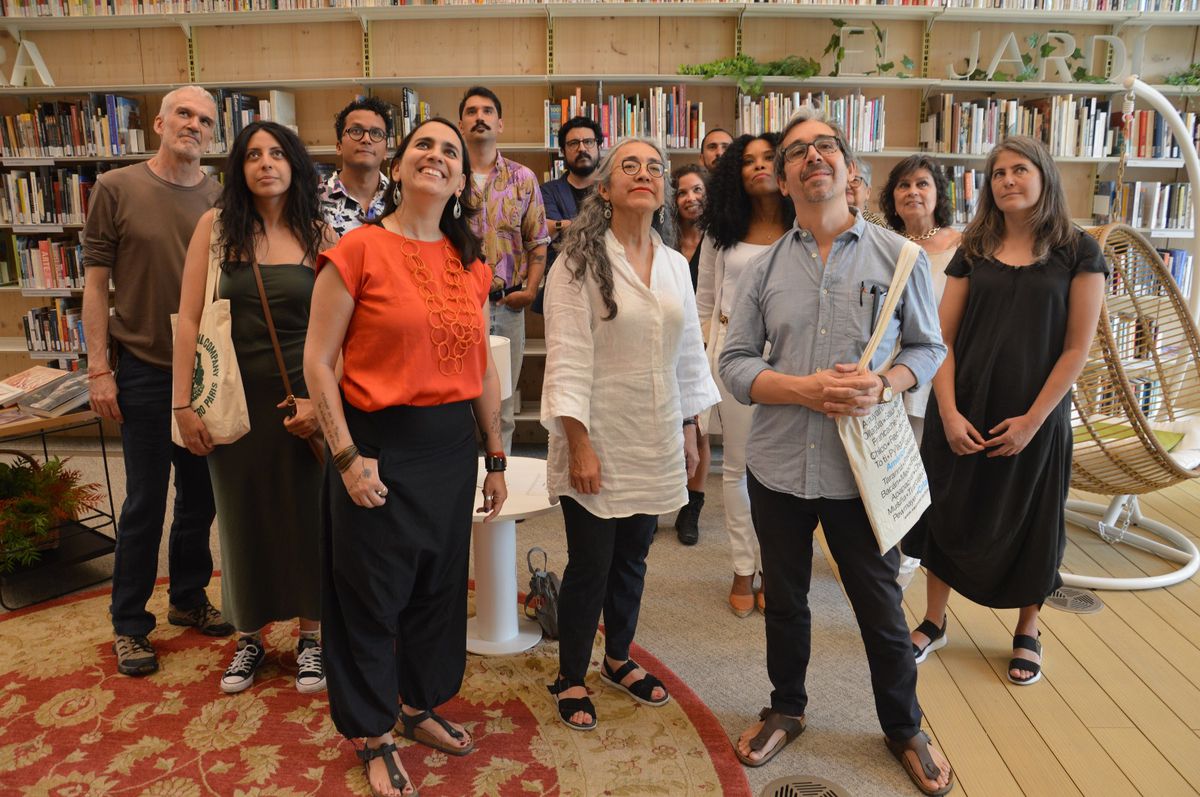 Four Latin American writers faced a game last Saturday, on the third day of the KM Amèrica festival in Barcelona: a bingo with anonymous questions from the audience. Soon the Thunder Box was opened. “How would you define contemporary Latin American literature?” Eyes in the new García Márquez Library, one of the two venues alongside Casa Amèrica Catalunya, were expectant. “It’s a quilombo,” said Martín Caparrós (Argentina) to the laughter of those present; Laura Restrepo (Colombia) suggested that their diversity was “uncomfortable” for those who wanted to classify them; and Cristina Rivera Garza (Mexico) wondered if we should include writers of Latino origin who do not write in Spanish. “Talking about Latin America has always been very complex,” summarized Puerto Rican Marta Aponte at the end of the session. The comments referred to the different geographies, the languages, the melting pot of cultures… There was only room left to sketch a living cartography, that of the different literatures of Latin America.

The organization of the four-day festival already emphasized this diversity in their proposal: 22 writers of different generations from 11 countries in the region debated at tables with titles such as Other spaces/other bodies either The search for the extraterrestrial. “In Latin America today there are very different literatures,” says Eduardo Ruiz Sosa, the Mexican writer (Barcelona resident) who curated KM Amèrica. It’s been a hectic few days. At his second coffee on Saturday morning, he thought of authors who did not come from traditional urban centers “who are associated with the periphery”, diverse thematic and formal proposals and a balance between large and small publishers. . Of course, Ruiz Sosa admits that “there are many points of contact, common concerns”. One of the themes that ran through the festival was violence.

The word appeared on all tables, and the authors consulted agreed to refer to it as a defining axis of poetics that has been developing in the region in recent years. However, the speech was anything but clear. In his speech, Caparrós criticized the “over-representation” of violence in current Latin American literature, which does not correspond to the “enormous but infinitely smaller” number of victims in other regions of the world in the 20th century. the author of America (Random House, 2021), the study that hybridizes genres (as previously in hunger) with the aim of rethinking the Spanish-speaking part of the continent, claimed that considering these figures, “one could conclude that Latin America was the most peaceful continent in the world. But that’s not the idea we have.”

Acclaimed Ecuadorian writer Mónica Ojeda, who dealt with violence in novels such as Jaw (Candaya, 2018), clarifies: “Latin American writers working on violence do very delicate work, with a lot of ethical reflection: I think that writing allows us to reflect on the fear of people coming from such hostile countries , where violence is structural and cannot be explained,” he adds, before alluding to “collective and community writing” as another axis of contemporary Latin American literature, a “philosophy” that is being developed in which writing is self-evident as well included is “the voices of others,” the voices of the community.

All roads seem to lead to Cristina Rivera Garza, one of the references most mentioned by the writers present, including Ojeda, especially by those who have published their books in recent years. The author of Liliana’s invincible summer (Random House, 2021), her sister’s documentary research on femicide, has worked on many of the themes that run through Latin American literature today: the body, ecological literature, the writing of testimonies or the archive in the broadest sense, both the document search as well as “the earth, our first large archive”. “I’m trying to work on the relationship between literature and community,” Rivera Garza told the newspaper: “I try to be very attentive to the version that others have of their experiences, while avoiding the concepts of 20th-century engaged literature. century to repeat. This taking into account the differences of class, race, gender … tell human stories but also include absences”.

During part of the festival there was eloquent silence: hardly anything was heard of the Latin American boom, the literary phenomenon that was promoted mainly from Barcelona in the sixties and seventies by literary agents such as Carmen Balcells or Seix Barral publishing house. . “I think it’s because of the saturation of the discourse on the boom‘ reflects Carlos Fonseca, the Costa Rican writer who just published south (Anagram, 2022). Also a professor of Latin American literature at the University of Cambridge, he tells this newspaper when the continent’s writers realized that the boom “was not the only reference”, this also helped to return to the authors of the movement mentioned “without the themes created around him”. Fonseca gives an example: when the Mexican Fernanda Melchor published the novel hurricane season (Random House, 2017), points out that “his immediate reference is”. The Autumn of the Patriarchby Gabriel García Marquez.

Among the references of the authors consulted, in addition to Rivera Garza or Marta Aponte, there are names such as Roberto Bolaño, Juan Rulfo, poets such as Raúl Zurita or the Mexican Elena Garro, a “fundamental” author in That animal siege (Almadia, 2021), as highlighted on the first day by its author, Colombian Vanessa Londoño, whose work reflects on political violence in Colombia. Among the writers in other languages, Fonseca names the German WG Sebald, for example. “Then I was struck by the presence that Faulkner still has,” adds the Costa Rican of the author’s historical and transversal significance The noise and the anger among Latin American writers: “I think it’s sustained by the ecological crisis and the depiction of the rural in his work, it shows an alternative to urban spaces, something that’s also happening here with empty Spain.”

dialogue between the sexes

One of the commitments of the festival, which after its first edition aims to establish itself on the cultural scene in Barcelona, ​​is to promote dialogue between artistic genres. In case of the imbecilesAriana Harwicz’s novel, which reveals the dark sides of the mother-daughter relationship, is paradigmatic in this sense: “When I think of a scene in my novels, I see it with theatrical eyes, that is, with dramatic power and Ellipse,” Harwicz admitted on the third day before the staging of the adaptation of his work, directed by Elena Fortuny.

For the next edition of the festival, the novel to be adapted will be selected by a jury composed of Aina Tur (author and program director at Sala Beckett); Jorge Volpi (writer and director of the National Autonomous University of Mexico) and Jorge Carrión (writer and literary critic). This edition also premieres with a literary route on the fourth day dedicated to Gabriel García Márquez, who lived in Barcelona for more than five years. The KM Amèrica Festival, with packed halls during the sessions, has renewed the idyll of Barcelona with the literature of a hard-hitting continent.