The King inaugurates a “special” course of the UIMP, whose mission after 90 years “continues more validly than ever” 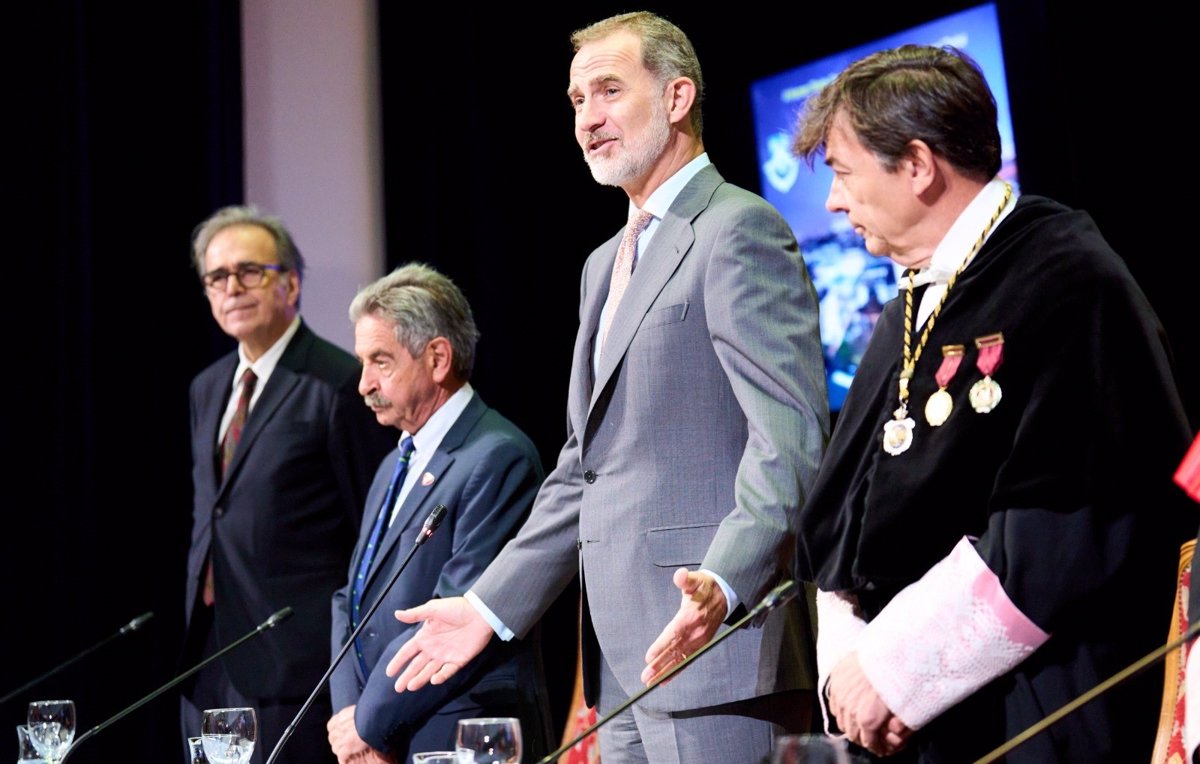 He highlights his “great international reputation” and is confident that he will advance “with a firm and determined step towards the centenary”.

King Felipe VI opened this Thursday the 90th edition of the courses at the International University Menéndez Pelayo (UIMP) in Santander, a “special” anniversary for an institution whose founding mission, he said, continues after nine decades “more relevant than ever”.

In a world “of constant change, of rapid and sometimes abrupt events, transforming the lives of millions of people, transforming the relationships between countries, affecting the economy and world development, with an unprecedented level of interdependence”, the monarch believes that ” It is becoming increasingly necessary” to have spaces for reflection and debate that help anticipate the future and prepare us for the challenges that await us.

At the opening ceremony, which took place in the La Magdalena auditorium and which he attended after his visit to the port of Santander, the King was accompanied by the Minister for Universities, Joan Subirats; the President of Cantabria, Miguel Ángel Revilla; the rector of the UIMP, Carlos Andradas; the Vice Rector for Institutional Relations and Programming, Matilde Carlón; and the Secretary General, José Carlos García.

Rafael Yuste, professor of life sciences at Columbia University and ideologue of the Brain Project, was also present, who gave a lecture in which he spoke about neurotechnology and how it relates to the necessary adaptation of human rights to the advances that it will make possible in Connection brought understanding and also manipulating the workings of the brain and thoughts. His research group is working on this with the aim of curing diseases such as Alzheimer’s, without forgetting the ethical and moral consequences.

The king described the inaugural lecture as “fascinating”, “full of hope and also concern”, on an “exciting subject” and “in which we have great hopes”. He also showed his “pride” that a Spaniard was part of such a select research group.

He also praised the “great work” and “international reputation” of the UIMP, a “very unique” institution that is celebrating its 90th anniversary “with an eye to the future” and confident that it will “start with a firm and determined Step towards the centenary”. .

As he pointed out, the university is “dedicated to the generation of knowledge, to postgraduate studies and to continuous education”, something that will be a “structural element in the years to come” and access to which “must be a fundamental right and an element of justice and Equal opportunities for all citizens.

After the act ended with a few words from the rector, who first handed the baton to the king, the authorities moved from the Paraninfo to the Palacio de La Magdalena, where Felipe VI signed the book of honor and visited the Carlota sculpture Jaume Plensa, loan to the UIMP on the occasion of its 90th anniversary.

Throughout the day he was also accompanied by the government delegate in Cantabria, Ainoa Quiñones; Regional Vice President, Pablo Zuloaga; the President of Parliament, Joaquín Gómez; the mayor of Santander, Gema Igual; the President of the Rectors’ Conference of Spanish Universities and the great Rector of the Carlos III University of Madrid, Juan Romo; or the rector of the University of Cantabria, Ángel Pazos, alongside other authorities such as members of the regional government or deputies.

((There will be an extension))

- Advertisement -
Share
Facebook
Twitter
Pinterest
WhatsApp
Previous articleSince when has the public health system in Ecuador been in a state of emergency?
Next articleWhat Regé Jean Page said about his return to ‘Bridgerton’: his photo stirred the networks