The King expresses his concern about inflation to the Balearic authorities 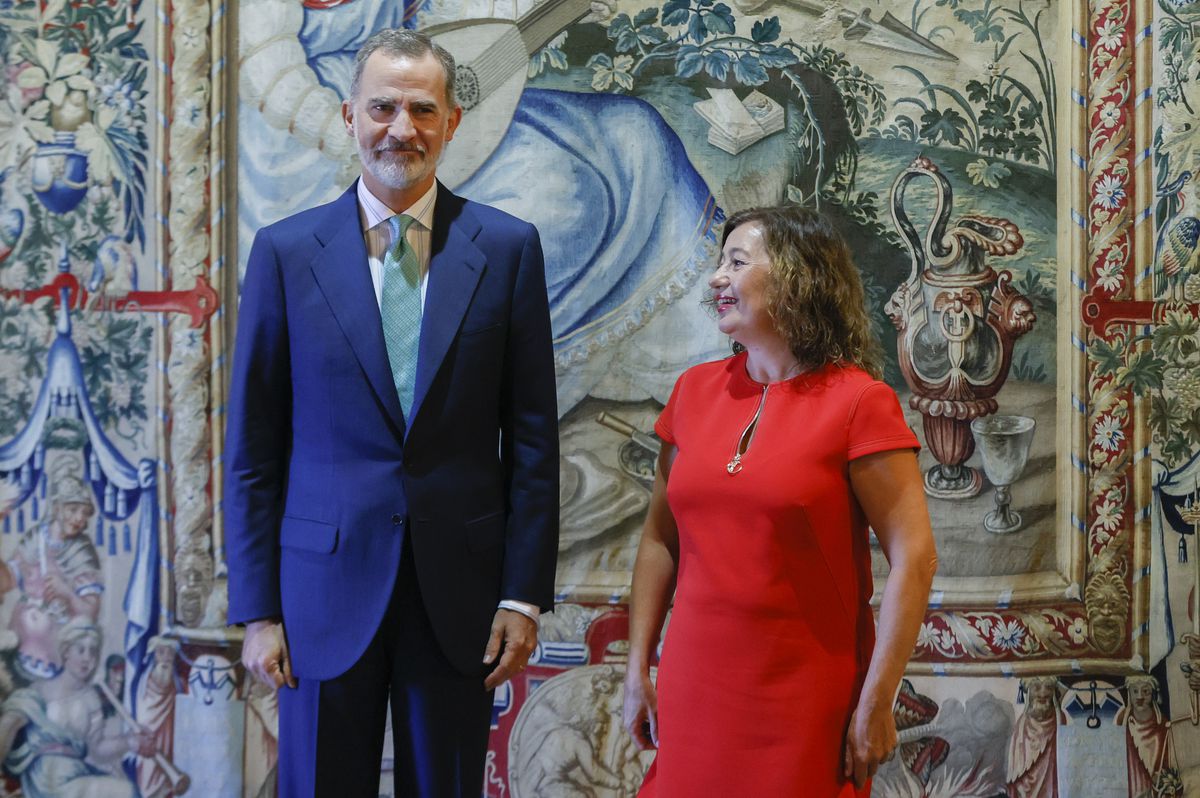 The sharp increase in inflation resulting from Russia’s war against Ukraine was one of the key issues dealt with by the king during his audience with the main Balearic authorities this Friday. “We commented that the good growth and employment data are compatible with a difficult situation, namely the war in Ukraine, which has led to very high inflation that is affecting businesses and families across Spain,” said the Prime Minister of the Balearic Islands , Francina Armengol, after her meeting this Friday at 10am with Felipe VI. in the Almudaina Palace in Palma. During the half-hour audience, they also spoke about the islands’ economic recovery, improving employment data, the distribution of European funds and the projects that can be carried out with the money that will come from Europe.

On the first day of the monarch’s summer program in Mallorca, he also met with the President of the Balearic Parliament Vicenç Thomàs, the Mayor of Palma José Hila and the President of the Consell de Mallorca Catalina Cladera, all together officials of the PSOE. The next meeting with the political authorities will take place on Tuesday, when he will receive Prime Minister Pedro Sánchez in the traditional summer office that the head of state maintains with the current president at the Marivent Palace to discuss current affairs before setting a political course. Sánchez will then hold a meeting with the President of the Balearic Islands at the regional headquarters of the Consolat de Mar to deal with the claims affecting the islands, which both deal with annually at this meeting.

On leaving the meeting this Friday, Armengol explained that the king was “concerned about the economic and social activity of the islands” and celebrated the financial recovery despite the rise in inflation. “There is a very strong economic reactivation that has allowed us to overcome the economic crisis caused by the health pandemic in a short time,” stressed Armengol, who also expressed the monarch’s concerns about the economic consequences of the war in Ukraine. The President used the meeting to introduce Felipe VI. to explain the general conditions of the General Law on Tourism adopted in the Balearic Islands, which includes measures aimed at sustainability and improvement of the sector thanks to the arrival of European funds. The President has also made it clear that she has not said goodbye to Felipe VI, despite it being the last summer hearing of the legislature, as the next one will take place after next year’s regional elections. “I’m hoping to be there next year, so I didn’t feel the need to say goodbye to anything,” he said, laughing.

The king arrived in Palma on Thursday afternoon. Queen Letizia and her daughters, Princess Leonor and Infanta Sofía, are expected to land in Mallorca in the next few hours. On this weekend’s public agenda is the closing of the Atlántida Film Festival, which has been held in Palma for the last 10 days, this Sunday by Doña Letizia. Next week the king will take part in the regattas of the Copa del Rey de Vela. In addition, on Thursday, the kings are expected to regain the massive reception for civil society in the Balearic Islands, which has been suspended for the past two years because of the pandemic.

Previous articleClaudia Schiffer: photo never seen with her mother and brother
Next articleGoogle allows you to convert long videos that have already been uploaded to the platform into YouTube shorts