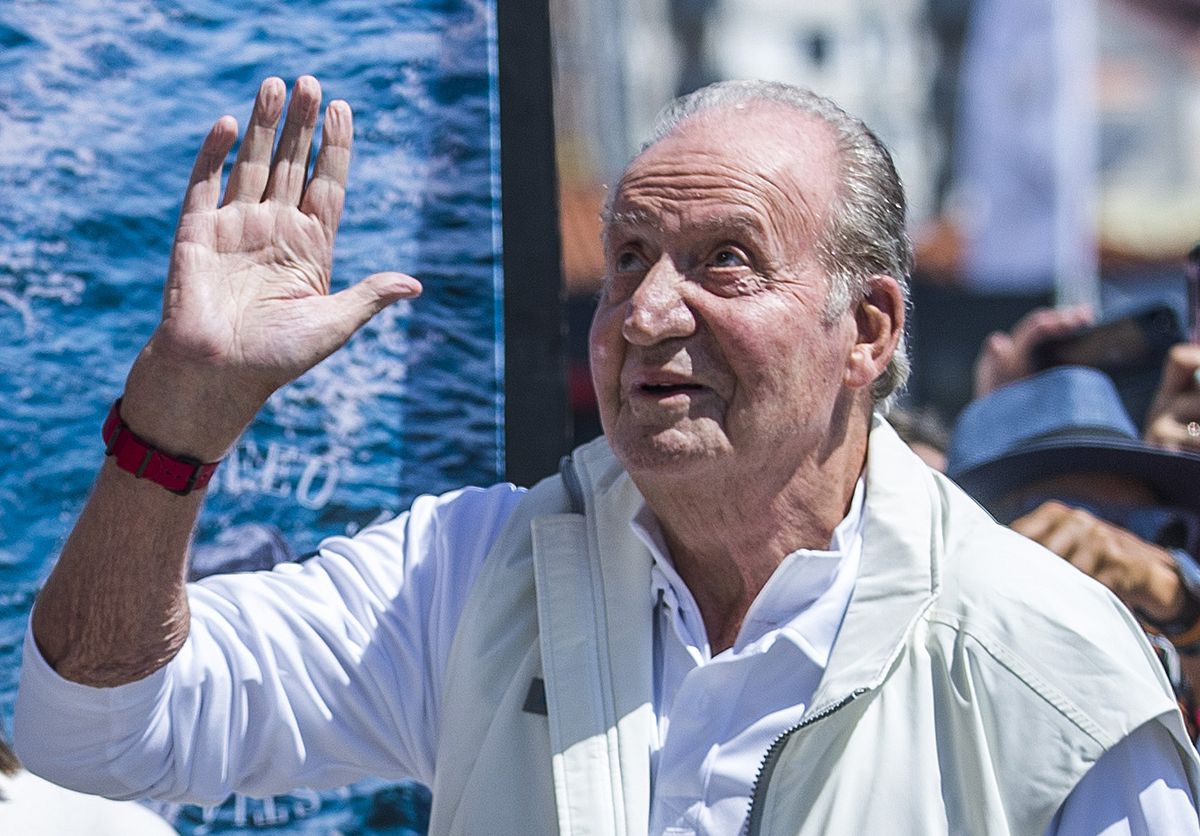 The king emeritus left the luxurious villa where he lives on the chosen island of Nurai (United Arab Emirates) on Tuesday to eat at a restaurant, accompanied by his daughter, the Infanta Cristina, and some of his grandchildren. This time, according to sources close to Juan Carlos I, his daughter Elena, who had visited him a few days earlier, was not there. The two sisters take it in turns to accompany their father and free him from the illness that bothers him the most: loneliness. The visit is said to have been intended to make the second anniversary of his departure from Spain on August 3, 2020 more bearable in order to avoid further damage to the crown’s prestige.

When he decided “to move away from Spain for the moment”, as stated in the letter to his son Felipe VI. that is, he figured his absence would be brief, just a long summer vacation with a return at the end of September, when they were expected to clear the clouds of his legal horizons. However, the investigation launched by the Supreme Court prosecutor was delayed and 20 months passed before the prosecutor decided to file it in March 2022; not because he had failed to prove the existence of a crime, but because Juan Carlos I’s immunity when he was head of state protected him from any charge. In reality, the two regularizations made by his lawyer before the Treasury, amounting to 678,393 euros and 4.4 million respectively, implied a tacit acknowledgment of the former head of state’s tax fraud. Three months earlier, in December 2021, the Swiss public prosecutor had stopped investigating the origin of the 65 million euros that the Saudi king gave the Spanish monarch and finally transferred it to his lover Corinna Larsen.

The disappearance of the sword of Damocles hanging over the emeritus king seemed to pave the way for his return, but the first rehearsal turned out to be a fiasco. “That Demonstrate that it was set up cannot be repeated,” sources close to Juan Carlos I say his son told him during the conversation they both had in La Zarzuela on May 23.

The former head of state arrived in Sanxenxo (Pontevedra) on Thursday 19th, the same town where he spent his last night in Spain before leaving for Abu Dhabi. He had come to spend the weekend at his friend Pedro Campos’ house and take part in the preparatory regattas for the 6MR Class Sailing World Championship, which he won in Finland in 2019 aboard the Bribon sailboat. His visit, however, turned into a televised spectacle, with live broadcasts each time he arrived or departed from the leisure port, sports port. Faced with a government asking him to make statements about tax fraud, the king emeritus replied to journalists, “statements for what?” Far from showing remorse, he seemed happy to be reunited with his friends and spend a weekend pursuing one of his favorite hobbies.

Sources close to Juan Carlos I assure you that the program of his visit has been agreed point by point with the Casa del Rey; including the controversial fact that he first went to Sanxenxo and only later to Madrid to meet his son. One of the conditions that made his stay the most difficult was precisely the veto of the king emeritus to spend the night in La Zarzuela, on the grounds that this was not only the residence of the royal family but also the seat of the head of state.

The same sources admit that Juan Carlos I did not confirm until the last minute that he would be traveling to Spain on board a ship jet privately a Gulfstream G-450 chartered to an Angolan company, reinforcing the image that he lives as a potentate, albeit at the expense of the Emirates’ President, Sheikh Mohamed Bin Zayeb.

The immediate consequence of the first visit of the King Emeritus was the cancellation of the second one, two weeks later – also in Sanxenxo – due to the hosting of the Sailing World Cup in the same category – and the postponement die sinus a repatriation plan.

The sources consulted assure that Juan Carlos I is in good health – with the ailments typical of his 84 years and his chronic mobility problems – and has settled to live in the Gulf. Other reasons advise him to keep his distance: the Treasury Department’s open-ended tax investigation and Corinna Larsen’s civil lawsuit filed in London, demanding millionaire compensation.

In the letter he sent to his son last March, he said he had decided to maintain his “permanent and stable” residence in Abu Dhabi, although he would be traveling to Spain “frequently”. Less often than I expected at the moment.