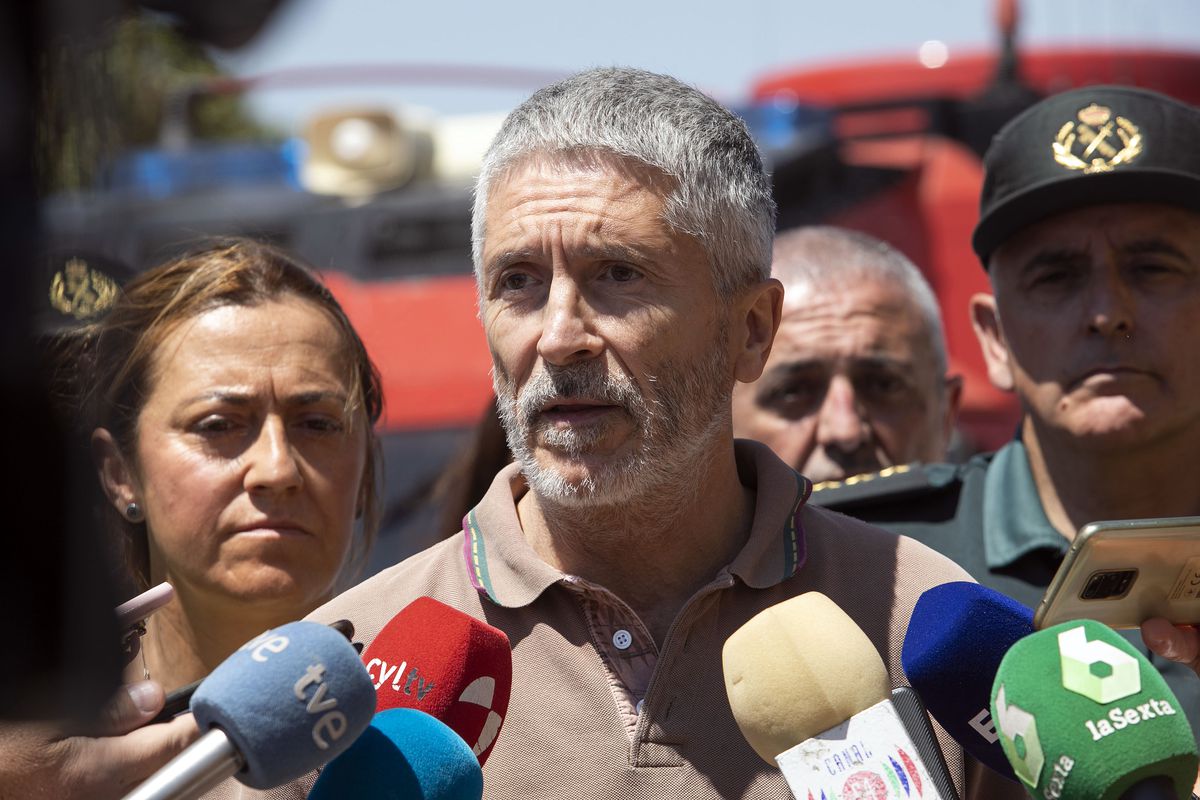 Judge of the National Court José Luis Calama, who is investigating the alleged infection of the mobile phones of President Pedro Sánchez and three members of his government software The Pegasus spy has agreed to take testimonies from two of those affected, Interior Secretary Fernando Grande-Marlaska and Defense Secretary Margarita Robles. Before questioning them, the magistrate will address a request to the Council of Ministers to “release the matters, files, documents, information, data and objects that have been declared secret or reserved and that could be affected by these testimonies”. After this subpoena, only Sánchez and Planas remain outside of this investigation for the time being.

This summons follows the recent taking of testimony, also as a witness, by the Minister of the Presidency, Félix Bolaños, who has accepted the possibility of replying in writing. Bolaños answered nine questions from the judge and three from the National Court’s Attorney General Jesús Alonso, although he did not provide any relevant news, according to sources familiar with the content of the answers.

The minister concealed his ignorance of the technical details of communications security by pointing out that the responsibility for monitoring the presidential and ministerial terminals rests with specialized personnel. Bolaños came to testify, not in his capacity as minister, but because of the position he held at the time of the events: that of Secretary General of the Presidency, which he left in July 2021, just a month after the illegal cell phone intrusions. As such, he was most recently responsible for the Technical and Legal Coordination department. This body includes what is known as La Moncloa’s Information and Communications Technology Unit (UTIC), which is ultimately responsible for the security of the Prime Minister’s communications.

Calama launched the espionage investigation on April 26 after prosecutors filed a lawsuit alleging the infection of the President’s and Secretary of Defense’s cellphones, and later expanded after also confirming spying on the Grande-Marlaska terminal used with the head of agriculture , Luis Planas. The government condemned this intrusion into the phones of Sánchez and his ministers amid a political storm following a report by Citizen Lab, a group of analysts affiliated with the University of Toronto (Canada), claiming that 63 people linked to the stand The Catalan independence movement had allegedly been attacked with Pegasus.

The then director of the CNI, Paz Esteban, had to explain himself in Congress. It was later terminated. Sánchez assured that his departure was due to “a serious error in the security of government communications” and that it therefore had nothing to do with espionage against the secessionists. The alleged intrusions into members of the government’s mobile phones occurred between May and June 2021 amid a diplomatic crisis with Morocco over Madrid’s decision to host Polisario Front leader Brahim Gali in Spain for treatment of Covid and to coincide with the massive immigration of immigrants , many of them minors, in Ceuta.

Already in his first decision, the judge pointed out the existence of possible crimes of discovery and secrecy. In another resolution issued this month, the judge confirmed that the alleged theft of data from government cellphones was not just an issue affecting their privacy, opening up the hypothesis that information was stolen that could compromise national security affected, as was the Secretary of Defense among those affected. He then instructed the CNI to keep the mobile phone dump he had made and make it available to him, believing that the material could constitute key evidence to advance the investigation. Calama had previously warned that the investigation could involve “sensitive information that may be legally confidential” and could “pose a serious threat to the security of the state.”

While the case was classified, the judge sent a legal aid commission to Israel to request travel to that country to head a judicial commission and take testimony from the CEO of the company that markets the Pegasus program, NSO Group . He also took testimony from the former director of the CNI and a secret service agent, who signed the technical reports that the government included in the complaint he had filed about alleged espionage. It was the latter’s testimony that prompted the judge to summon Bolaños as a witness.