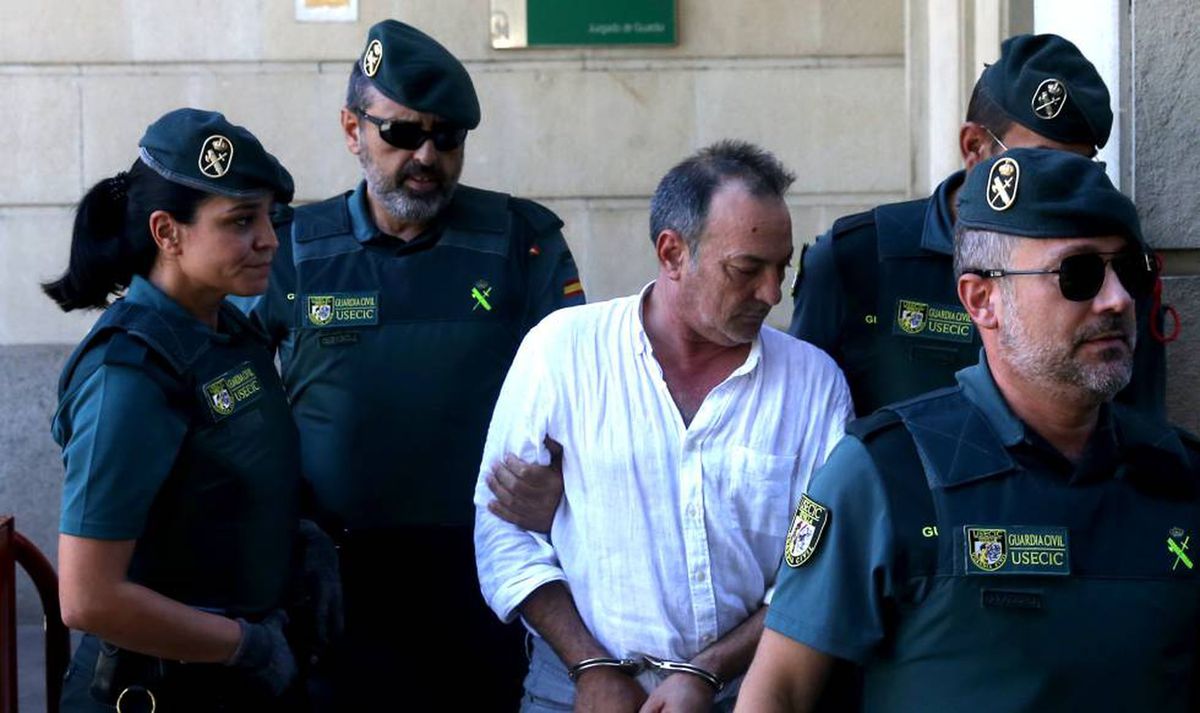 Around three years after the largest outbreak of listeriosis in Europe, which affected four deaths, six abortions and more than 200 people, the majority in Andalusia, due to the distribution of contaminated meat shreds by the Sevillian company Magrudis, the judge determined the case has the Investigation closed with the indictment of seven people, including the owners of the meat factory and the municipal veterinarian responsible for inspecting the ships. It has also declared the Seville City Council and the insurance company Axa subsidiary civil liability, which will facilitate the recovery of compensation for those affected in the case.

The head of the Instructional Court No. 10 of Seville, Pilar Ordóñez, considers that José Antonio Marín Ponce, the de facto administrator of Magrudis; his wife, Encarnación Rodríguez, in charge of production and the meat self-control system; his sons Sandro and Mario; and the municipal veterinarian, María José OB, are responsible for a crime against public health that is in ideal competition with four crimes of negligent homicide, six crimes of injury to the fetus by gross negligence leading to the termination of pregnancy, and 244 crimes of aggravated Injury due to negligence —the number of victims in the proceedings—. The judge sees the municipal administration of Seville and the insurance company Axa, with which the company had taken out liability insurance of 300,000 euros, as being responsible for subsidiary civil liability.

The judge concludes that both José Marín and his son Sandro knew the bacterium was present Listeria monocytogenes in Magrudis warehouses since December 2018 and that in February they had received a notification confirming the presence of listeriosis in a batch of their products. “Magrudis’ bad practices and failure to comply with minimum food safety requirements are the essential and determining causes of the facts,” summarizes the judge.

“The unhealthy product was placed on the market and lost control of the risk created,” the order reads, indicating that the company’s owners “were aware of the likelihood that the product could cause harm to the health of the consumer among them.” Bypassing all legal obligations to ensure that food meets the relevant organic criteria. The judge insists that “the spread of the outbreak was due to the lack of transparency on the part of Magrudis, which did not communicate from the outset the types of products manufactured, those distributed and the batches”.

The judge has also, contrary to the criteria of the public prosecutor’s office, which had requested the opening of proceedings against her, the municipal veterinarian, pursued a decision that is a victory for the victims’ lawyers because it paves the way for the payment of compensation from City council. The conviction of an official in criminal proceedings directly determines the subsidiary jurisdiction of the consistory. Their exclusion, notwithstanding the fact that subsidiary responsibility was also recognized, would have opened the litigious-administrative path to their assertion, a cumbersome procedure that would never have begun before the criminal avenues had been exhausted, which can be delayed by years if resources are successful are.

At the moment the vet appears as edited. She was the one who conducted the only two meat inspections in 2016 and 2017 and also managed the process of taking meat samples following the declaration of the listeriosis outbreak on August 15, 2019. The judge concludes that the doctor “depreciates and omits some points and does not collect product samples, nor examine surfaces, nor examine samples of the internal environment, so does not check exactly whether the installation meets the conditions, although it is mandatory is to assess all aspects of the scoring system, a negligence that has meant he has not carried out any further inspections or surveillance “which could have prevented what happened”.

The instructor also considers that the Seville City Council is liable in subsidiary civil law for having developed “a defective and abnormal performance of the public service to be provided”. If the hearing confirms the subsidiary civil liability of the City Hall of Seville, in addition to the compensation requested by those affected, it will have to bear the health costs caused by the outbreak, which the Andalusian government has estimated at 3.4 million euros. The judge put the costs caused by the services provided by the Virgen del Rocío and Virgen Macarena hospitals at 800,000 euros.

In addition to the family owned by Magrudis and the veterinarian, the judge has also decided to continue the case against the architect Sergio LG for the crime of falsifying an official document, of which the head of the family is José Marín and his son Sandro. The expert noticed numerous irregularities in the documentation submitted for the company’s responsible statement. The latest accused is meat consultant David MM for a petty felony of electrical fluid fraud when he learned of the existence of an illegal connection powering the two Magrudis ships. A criminal type that the judge also appreciates for the rest of the four members of the Martín Rodríguez family.

In the car, Isabel RJ, sister-in-law of the owner of Magrudis, who was arrested by the Guardia Civil during the investigation into the listeriosis outbreak, is exonerated because she understood that her functions in the company did not include relatives “the preparation and food production, nor had they have decision-making powers in this regard”; to David RD, a meat salesman, and to the Martínez-León brothers, owners of another factory that sold the contaminated ground meat under a white label, for understanding that “they had no collusion with Magrudis, nor did they intervene in the process have meat make their products”.

On August 15, 2019, the Junta de Andalucía issued a food alert due to an outbreak of listeriosis originating in Magrudis ground La Mechá meat. It was the biggest infection Listeria monocytogenes from Europe. The coronavirus pandemic has muted the meaning of a crisis that has seen episodes of unimaginable negligence and disregard for consumer health by owners of the meat industry, and which has also revealed the consequences of lax controls by the administrations responsible for ensuring good practice in the food industry.

Scientific researchers have drawn conclusions from the virulence of the strain and its unusually low-lethal behavior. A further judicial inquiry into what happened is heading towards the hearing – the parties have 10 days to request this by drafting the indictment. There, criminal responsibilities are being clarified, but no verdict will ease the in some cases irreparable pain and anxiety of the more than 200,000 affected by an extraordinary outbreak that the directive says could have been avoided.

- Advertisement -
Share
Facebook
Twitter
Pinterest
WhatsApp
Previous articleVideo: The team of journalists from Teleamazonas was attacked by protesters in the historic center of Quito
Next articleKnow the details of the Covid vaccine for children: How many doses should they receive?