The Jesuits Javier Campos and Joaquín Mora: a missionary vocation in the Sierra Tarahumara harvested by drug traffickers 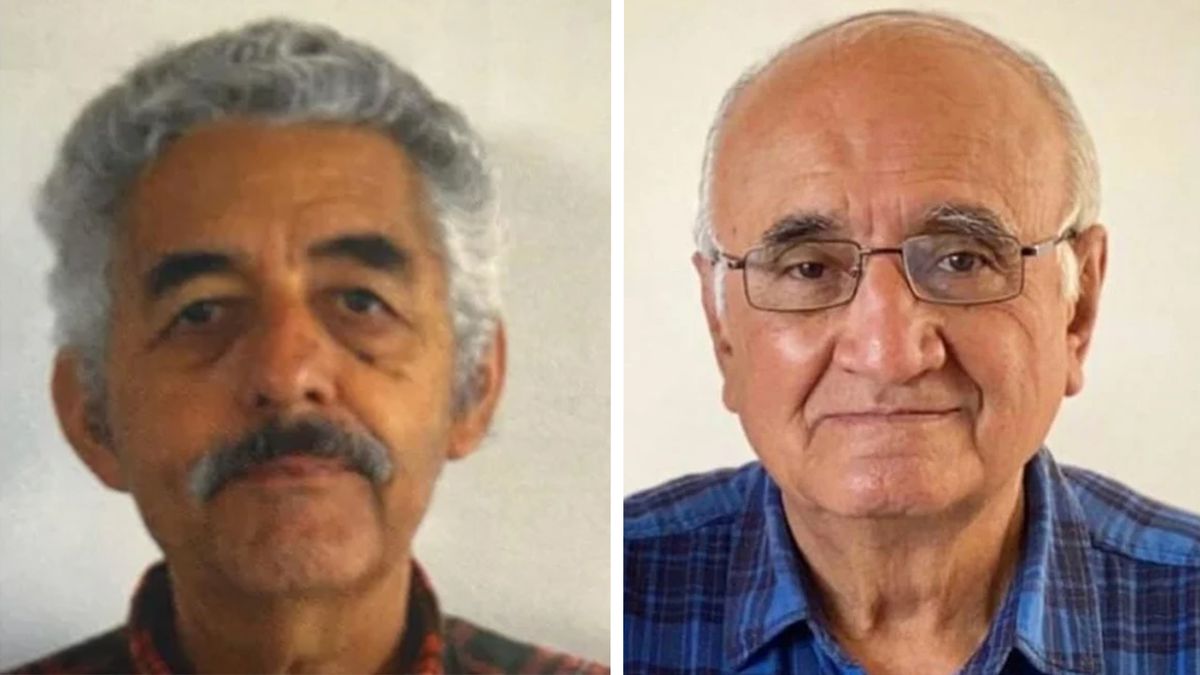 The Jesuit Javier Campos was called The rooster for he knew better than anyone how to imitate cackling. There was no shortage of singing as he descended from his parish in the Sierra Tarahumara of northwestern Mexico in early May to attend a diocesan assembly. Visitors remember him fondly. He wanted to celebrate 50 years as a priest in this organized crime-plagued region, but he didn’t want to leave. At the meeting, they gave him a cake and sang to him in the morning. A month and a half later, he and his Jesuit colleague Joaquín Mora were shot dead in their church on Monday, a sign that violence is already reaching those who limit themselves to preaching peace. The missionary community warns of an increase in insecurity and breaches of the codes that governed relations with drug traffickers.

Cerocahui is a small town of about 1,000 people where the Jesuit presence dates back to the 17th century. Three hours from Creel, the closest city, and surrounded by canyons, the Chihuahuan city is remote. There Campos and Mora celebrated Mass in the parish of San Francisco Javier, a church of dark rock, solid in appearance, and crowned by two yellow domes. This was the center of the mission, but the Jesuits also ministered to about forty scattered indigenous communities numbering about 25,000 people.

Javier Campos and Joaquín Mora knew the mountains like the back of their hand. Campos, 79 years old and born in Mexico City, was the religious superior in the region where he ministered from the age of 30. He used to wear cowboy boots to move around dirt roads, and he’s been spotted even near the most apart. Mora, 81, who was born in Monterrey, had been in the area for 23 years and wore blue jeans and a plaid shirt. He was quieter than Campos and spoke poor Rarámuri, but he is also remembered as a great missionary.

Both priests shared their commitment to the indigenous peoples of the mountains. They viewed the Rarámuris as a great treasure, a bastion of community spirit against today’s individualistic society. The Strategic Planning for the region designed by the Order reflects this great respect for local cultures. The document sets, among other goals for the period 2021-2023, to “strengthen” indigenous traditions, to “respect” and “not replace” the system of indigenous services and services, and to “know in depth” the Rarámuri worldview. .

If the diocese had any doubts about local traditions, Campos was the go-to person, says Jesuit Jorge Atilano, who is in charge of the order’s social work. “Human worldview made him fall in love. Javier knew the rites, the dances, the language differences. He was the moral authority of the diocese, a great defender of indigenous traditions,” he says over the phone. “He managed to integrate the natives with the Christians. Even at celebrations with the bishop, at priestly ordinations he is responsible, he said, when the indigenous rite and dances are included.”

On one occasion, Atilano saw a group of parishioners dancing in a circle around the stone atrium cross in the courtyard in front of the church. Sometimes they danced to the right, sometimes to the left. He asked Campos what that meant. The Jesuit explained that the circle should pray for the living on the right and for the dead on the left. “He was our guru of the Rarámuri culture,” says Atilano.

Mora hadn’t been there as long as Campos, but she felt a similar connection to the mountains. He was a homebody, easygoing and very close to the families. Despite suffering, the Jesuit refused to leave this inhospitable region. The command offered to transfer him to medical centers in Mexico City and Guadalajara to take care of his health problems. It hit a wall. “This is my place, it’s my people,” he replied.

During their long years in the mountains, the Jesuits learned to live with the narco. There was no other choice. The presence of security forces in the area is sparse and the missionaries’ main shield is the deep bond that binds them to the community. “We all know the risks we take,” said Father Joel Cruz, pastor of Creel and friend of the murdered, on the phone. “The Sierra is a very marginal region. We don’t have a permanent army presence, the National Guard comes and goes. Crime has won. We live in a climate of tension, sometimes explicit and sometimes hidden.” The priests in the area travel only in diocesan-branded minibuses and avoid doing so at night. According to the Centro Católico Multimedial, 30 priests have been murdered in Mexico in the last ten years.

At the end of May, Javier Campos attended a meeting with 25 other Jesuits working in indigenous communities and spoke about the problems of Cerocahui: lack of water, illegal logging, alcoholism, migration and, of course, drug trafficking. “It has a monopoly on beer, cigarettes, aguajales, limiting mining… There is a lot of control by drug traffickers in the areas,” the Jesuit said, according to a report of the meeting. Campos then asked himself, “How to help people displaced by climate change, drug trafficking, poverty?”

Despite concerns about the ongoing violence, the Jesuits had found a way to live with the drug dealer without molesting one another. It was their policy not to accept any help from them, even if they offered it. Treat them as parishioners, part of the community they served, and nothing more. Campos often explained that once a pickup truck followed him down a street and motioned for him to stop. The brake. They were members of a criminal gang. However, when they recognized him, they relaxed. “Ah, it’s you cock; we just want you to sing for us,” they said. He let out a cackle. The others laughed and turned around.

The fragile togetherness was broken this Monday. A local guide entered the church fleeing from assassins who were pursuing him to kill him. Campos and Mora went out to defend him and were riddled with bullets. Despite pleas from a third priest to leave the bodies behind, the gunmen loaded them into a truck and took them to an undisclosed location. In addition to the two murdered Jesuits and the leader, four other people from the community were kidnapped by the same gang. The prime suspect is a crime leader in the area, aka José Noriel Portillo the crookaccording to the local press.

The event shocked the area’s priests. “We are sad, hurt. They were aware of the risks, but I don’t think they foresaw it,” says Joel Cruz. “They felt very safe because there were coexistence codes,” agrees Jorge Atilano. “On Monday the codes were cracked and this puts us in a situation of great concern.” The Order planned to temporarily evacuate the other two Jesuits from the parish of Cerocahui. However, they have said that leaving at this point is tantamount to leaving the community and that they must continue with their mission.

- Advertisement -
Share
Facebook
Twitter
Pinterest
WhatsApp
Previous articleThe Queen heads the first board of trustees of Fad with its new company name Fundación Fad Juventud
Next articleMiquel Iceta: ‘Candidacy for the 2030 Games was a missed opportunity’