The Iraqi president calls for the formation of a national government 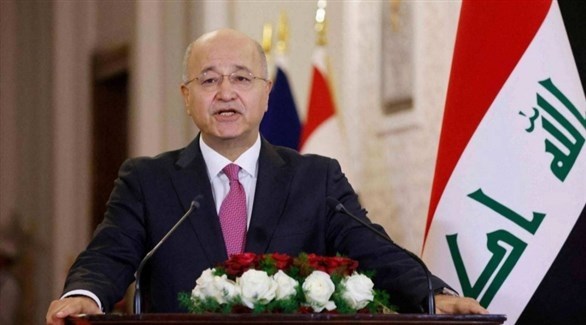 Today, Sunday, Iraqi President Barham Salih renewed the call for the formation of a national government within the framework of constitutional rights that would take on great challenges and exceptional expedients, the main one being to respond to the aspirations of the people to a dignified life, safety and conditions of service as top priority.

In a congratulatory telegram to the Iraqi people on the occasion of the Nowruz festivities, the Iraqi president called for serious reform work, fighting corruption and waste of the country’s wealth, investing the rich human energies, especially “our conscious youth and on the rise and ensuring their participation in the construction of the nation and in the elaboration of its future, to be the starting point and base of a good government that guarantees the rights of all our citizens in A country that we love is capable and capable” .

Next Saturday the Iraqi parliament is expected to hold a session to elect a new president, according to the results of the snap parliamentary general elections, which took place in Iraq on October 10, 2021.

It should be noted that a government has not yet been formed in Iraq since the results of the elections were announced, the Sadrist bloc, led by its leader Muqtada al-Sadr, was led by obtaining the majority of seats in parliament with 73 seats.

The Sadrist bloc, which includes alliances including Sunni forces and the Kurdistan Democratic Party, calls for the formation of a national majority government, which is rejected by Shiite forces from the coordination framework they lost in the elections, who are pressing to form a national consensus government. that includes all the political forces, which is rejected by the Sadrista coalition.