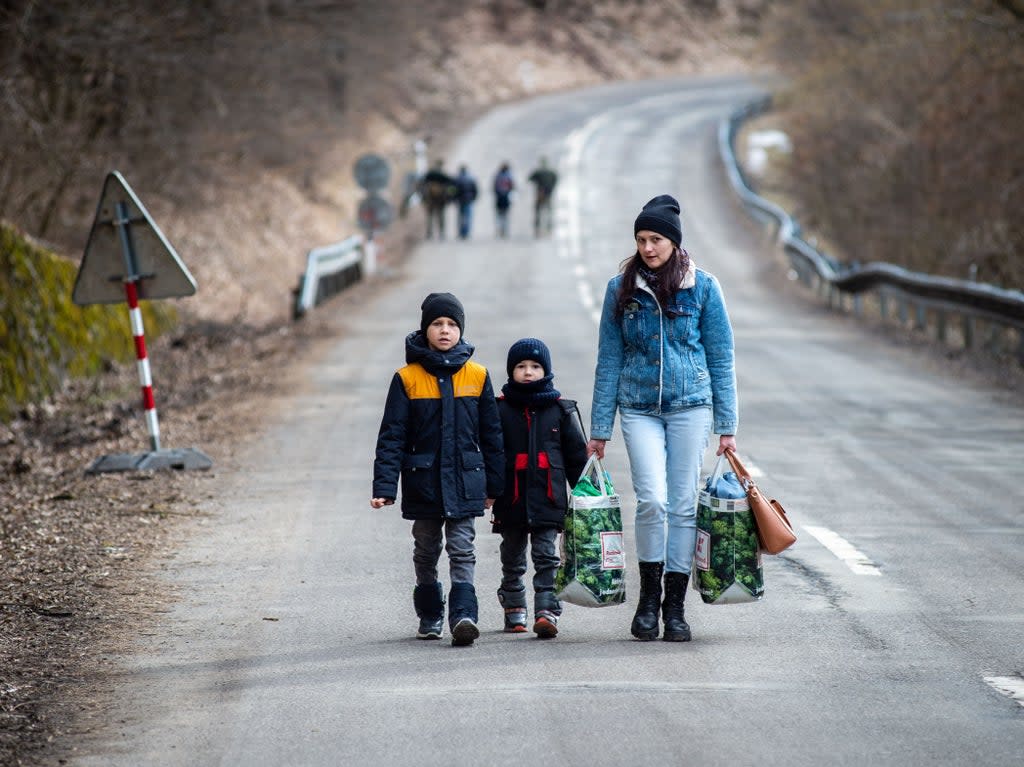 A petition filed by the independent calling for more help for Ukrainians seeking refuge from Vladimir Putin’s invasion has surpassed 200,000 signatures.

With the war in Ukraine now in its 19th day, the United Nations estimates that 2.8 million people have fled the country, many fleeing Russian bombardment that has hit residential buildings, kindergartens and hospitals.

Reporting from Ukraine’s western borders in the early days of the conflict as hundreds of thousands of people sought to cross to safety, our international correspondent Bel Trew created a petition urging the UK government to be at the forefront in responding to their pleas. for the world to help.

The petition asks for urgent help in two ways.

He insists that the government must provide more supplies of food, clothing and shelter to care for Ukrainian refugees, to be sent to countries neighboring Ukraine to help those who have been forced from their homes.

In line with the independentThe renewed Welcome Refugees campaign, first created during the war in Syria in 2015, the petition also urges the UK government to do more to make the UK a safe haven for refugees and to ensure we accept Ukrainians who want to find safety here. .

By Monday night, more than 200,000 people had joined these demands.

The milestone was passed shortly after it emerged that, less than an hour after the launch of a new sponsorship programme, more than 1,500 people in the UK had signed up to welcome a Ukrainian family into their home.

Following much criticism of the government’s response to the unfolding humanitarian crisis, with Boris Johnson refusing to ease visa requirements for Ukrainian refugees as all EU countries have done, Housing Secretary Michael Gove presented on Monday the new scheme “Homes for Ukraine”.

Under the programme, sponsored Ukrainians will be given a three-year license to stay in the UK, with the right to work and access public services. The government will work with charities, religious groups and universities to find potential hosts with people from Ukraine.

Experts on Sunday accused the government of initially “misreading the public mood on Ukrainian refugees” after an Ipsos poll to the independent found that three out of four Britons supported giving shelter to those fleeing war or persecution.

In evidence of the levels of support for Ukraine’s plight, a campaign organized by the independent has raised over £135,000 so far, having surpassed £100,000 in less than a week.

It was announced that, from 3 March, all new funding would go to the Disaster Emergencies Committee (DEC) Ukraine Humanitarian Appeal, which brings together 13 leading UK aid charities providing support overseas. , including the Red Cross and Save the Children, whose efforts the donations had supported. up to that point.

And every donation from our readers to DEC’s appeal will be matched pound for pound by the UK government, up to £20 million.

While Ukrainian and Russian officials are engaged in peace talks, the war shows few signs of slowing down and the scale of suffering in Ukraine continues to grow: The UN confirmed on Monday that 636 civilians have been killed so far in the invasion of Ukraine. and another 1,125 wounded.

Most of these casualties were caused by the use of explosive weapons with a wide impact area, the UN human rights commissioner’s office said.

The true figures are believed to be considerably higher, with hundreds of other civilian casualties reported in recent days in Mariupol and in the Kharkiv and Donetsk regions.