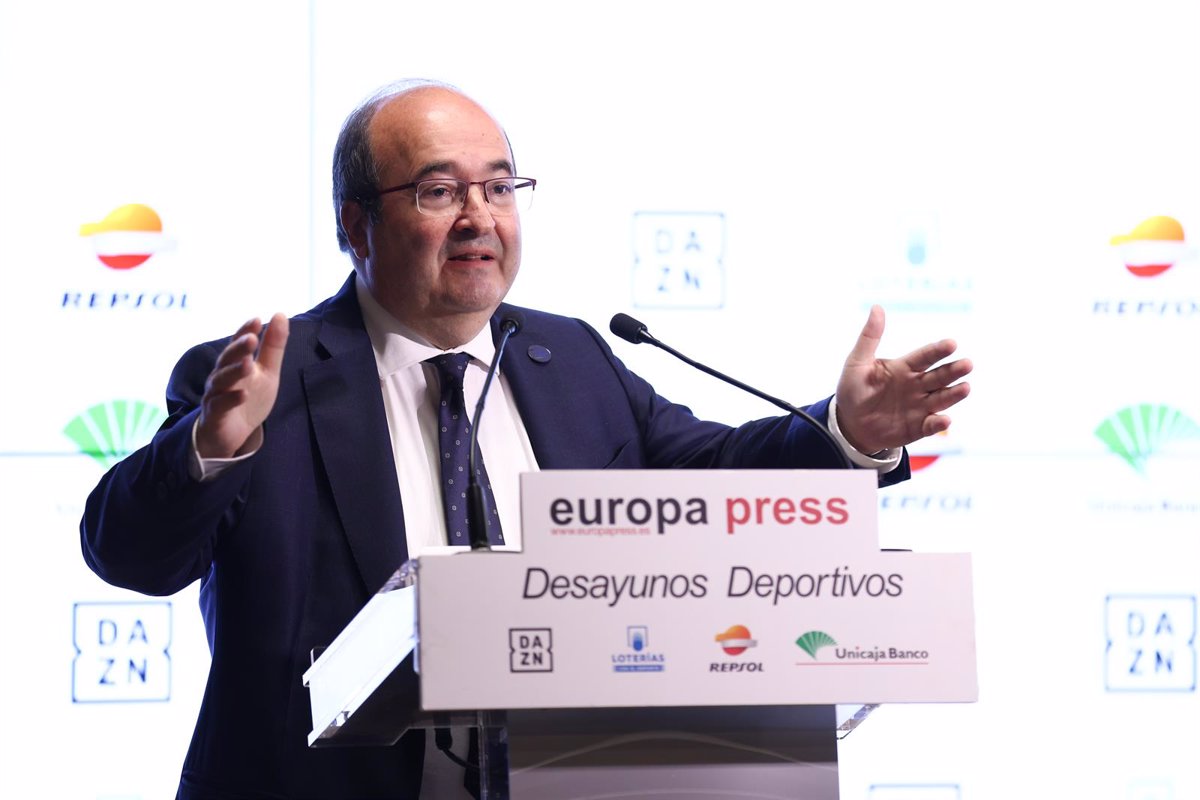 That National Institute for Performing Arts and Music (INAEM) will publish the order to extend the deadlines for the decision-making, implementation and justification of the procedure on the website of the Ministry of Culture and Sport tomorrow, Wednesday Granting public aid to modernize artistic governance structures in the field of performing arts and music according to the year 2021.

These grants were announced on December 23 as part of the Recovery, Transformation and Resilience Plan. The total is 17.9 million euros. According to this order, the duration of the procedure for the decision-making, enforcement and justification of these aids is extended by three months.

Culture has explained that the new resolution was agreed due to the need to allow the INAEM management teams more time to analyze the 1,800 submitted projects and to give applicants certainty in the implementation of the presented projects.

Just last week, the Minister for Culture and Sport, Michael Iceta, He has already explained that his department is “studying” the possibility of making deadlines more flexible. for granting extraordinary grants from European funds to modernize the structures of theater and dance companies threatened by lack of staff.

“We are considering, as requested by the sectors, the possibility of making the term more flexibleYes, we appreciate the overexertion of so many civil servants who had to compensate for the absence of colleagues with deadly overload, also in the administration of funds,” said the minister, presenting the progress of the artists’ statute.

Iceta explained that the same staff who handle the usual appeals for help are also responsible for distributing European funds, which entails these difficulties in distributing the subsidy. The closing date for entries was June 28th.

“We’re working on it, but I want to remind you In 2016, public job offers were stopped. We have resumed them from 2020, which will allow for vacancies to be filled due to retirements and new positions, but the process is not instantaneous. It is quite a long period and we have had to face a pandemic with this volume of staff and an ordinary and specific management of funds,” added the minister.

This delay was reported by the dance sector, which estimates that the loss of this aid could affect 70 percent of Spain’s nearly 500 dance companies. “If the deadlines are not changed, there will be many companies who refuse the aid, Europe would lose money and companies will not improve their structureswhat the purpose of the aid is to digitize and modernize the companies’ structures,” Valeria Cosi, President of the State Federation of Dance Companies and Companies (FECED), told Europa Press.

The President of FECED understands that in INAEM “they are suffering” because “there is very little” in human resources and have had “very important losses” in the last year, but pointed out that for this reason “the sector is directly affected” as it is “unable to” to meet the deadlines for processing the aid.