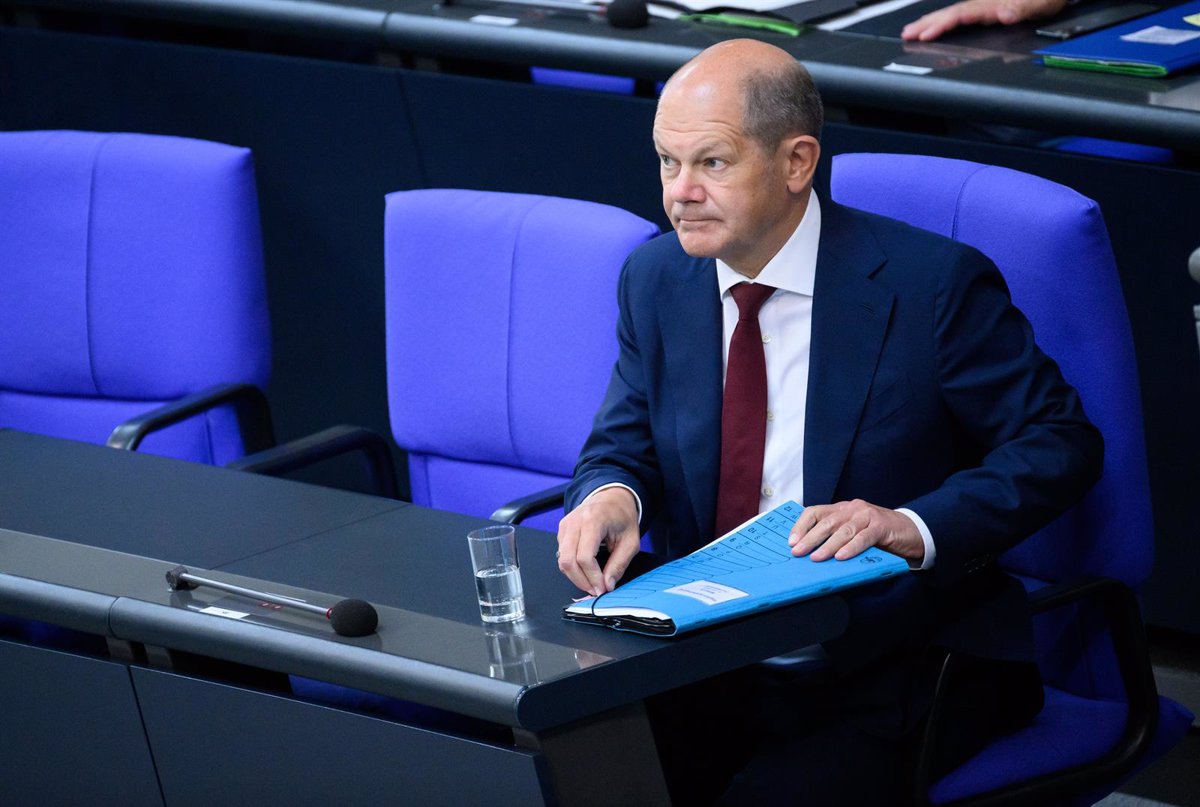 The International Monetary Fund (IMF) has drastically revised downwards its growth forecasts following the fallout from the war in Ukraine and the impact of high energy prices, the institution said in its annual Article IV report of Europe’s largest economy. which could have “significant repercussions” in the event of a complete disruption to Russian gas flows.

As such, the IMF now expects German GDP to grow 1.2% this year, compared with the 2.1% it forecast in April and less than a third of the 3.8% it forecast he had forecast in January. Looking ahead to next year, the drop is even more pronounced as estimated GDP growth would be just 0.8%, a far cry from the 2.7% forecast in April.

According to IMF technicians’ calculations, the impact of the war would have reduced German GDP by about 2.5% in 2022, of which 0.5 percentage point would be offset by fiscal measures announced since February, while higher energy prices would have been rising since January growth forecasts in 2022 cooled by about 1.25 percentage points.

“The main danger is a prolonged closure of Russian gas exports to Europe, which could lead to a significant drop in German economic activity and rising inflation rates,” the institution warns, pointing out that the medium-term fragmentation of war-related global supply chains could pose long-term challenges related to decarbonization, aging population, infrastructure gaps and digitization.

In this sense, the IMF’s analysis suggests that a complete and permanent shutdown of Russian gas supplies to Europe could reduce Germany’s annual GDP by 1% to 3% in 2022, 2023 and 2024, and warns that this could lost growth “would not recover later”. , while inflation could increase by about 2 percentage points on average.

TENSION IN THE HOUSING MARKET.

On the other hand, the IMF points out that the war had only a limited impact on the financial sector for the time being and German banks remain largely resistant to solvency and liquidity shocks.

However, banks’ low profitability “remains a source of vulnerability” and stress tests identify US dollar-denominated capital and liquidity constraints at some banks in adverse scenarios.

Even though Germany’s macroprudential institutions are well developed and the authorities have tightened macroprudential policy this year, the IMF warns that home valuations “remain tight” and credit standards in certain segments “appear lax”.

Previous articleHartz IV Replacement: What the New Citizen Money Should Look Like
Next articleKitty Spencer in a dreamy dress and with her husband at a fashion show