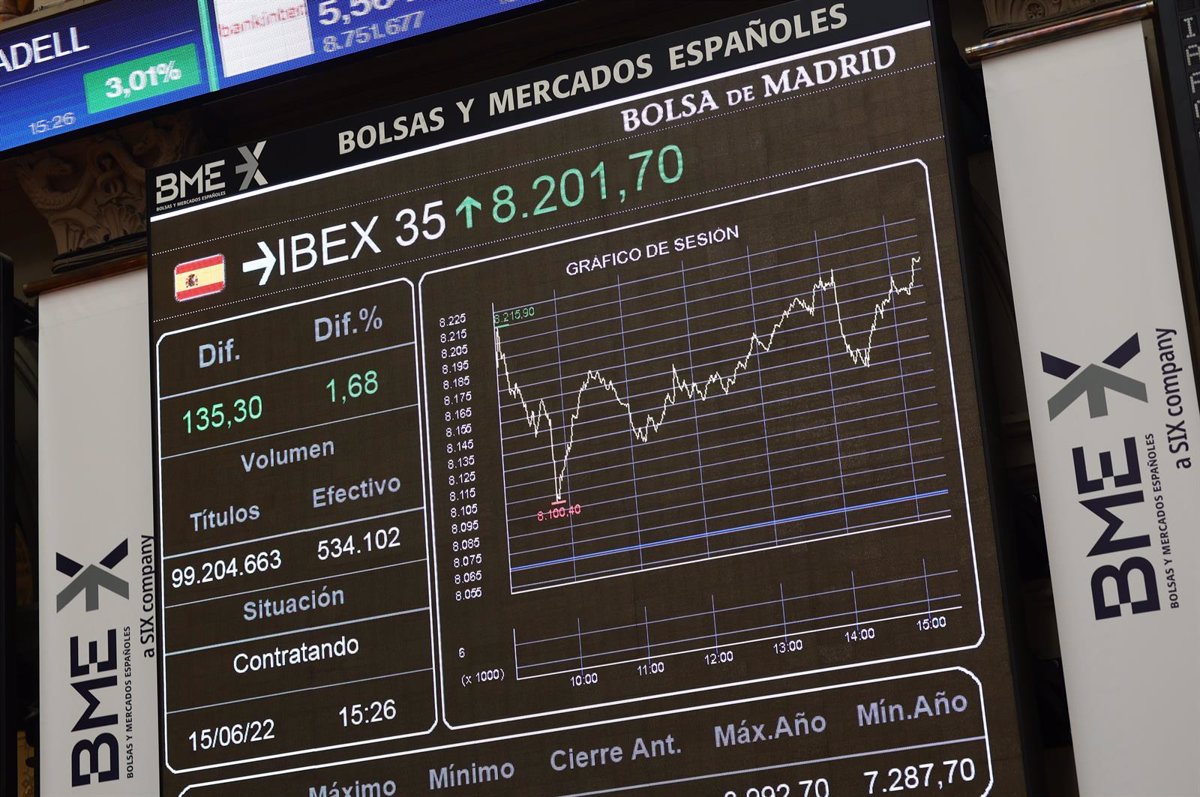 The main indicator of the Spanish stock market, the Ibex 35, remained flat in the middle of the session, clinging to the 8,100 point level, on a day when activity by companies in Germany and France was known to have slowed down to the Record lows for the last six and five months respectively.

It was revealed this Thursday that business activity growth in Germany and France slowed significantly in June, hitting record lows in the last six and five months respectively, according to the composite purchasing managers’ index (PMI), reflecting the impact on growth of the inflation on demand and the loss of almost all momentum from the lifting of Covid-19 restrictions.

Investors are once again awaiting the appearance of US Federal Reserve (Fed) President Jerome Powell this Thursday after he did not rule out further inflation surprises yesterday.

For this reason, the US Federal Reserve is determined to restore price stability and control inflation by raising interest rates further as the strength of the economy allows for tighter monetary policy.

Returning to the Ibex 35, mid-session the standout was Banco Sabadell, down 3.04%, followed by Bankinter and CaixaBank, down 2.87% and 2.04% respectively. The broader banking sector was down at midday, with Banco Santander down 1.98% and BBVA down 1.35%.

On the contrary, Ferrovial was the most optimistic company on the Spanish market at the time, returning 2.41%. In the continuous market, Duro Felguera was down 8.3% on news that the company only had liquidity until the end of the year to negotiate with its creditors and after the SEPI loan was exhausted.

Finally, the euro was trading at 1.0514 greenbacks mid-session against the dollar, while Spain’s risk premium was at 105 basis points, with the interest required on the 10-year bond at 2.541%.