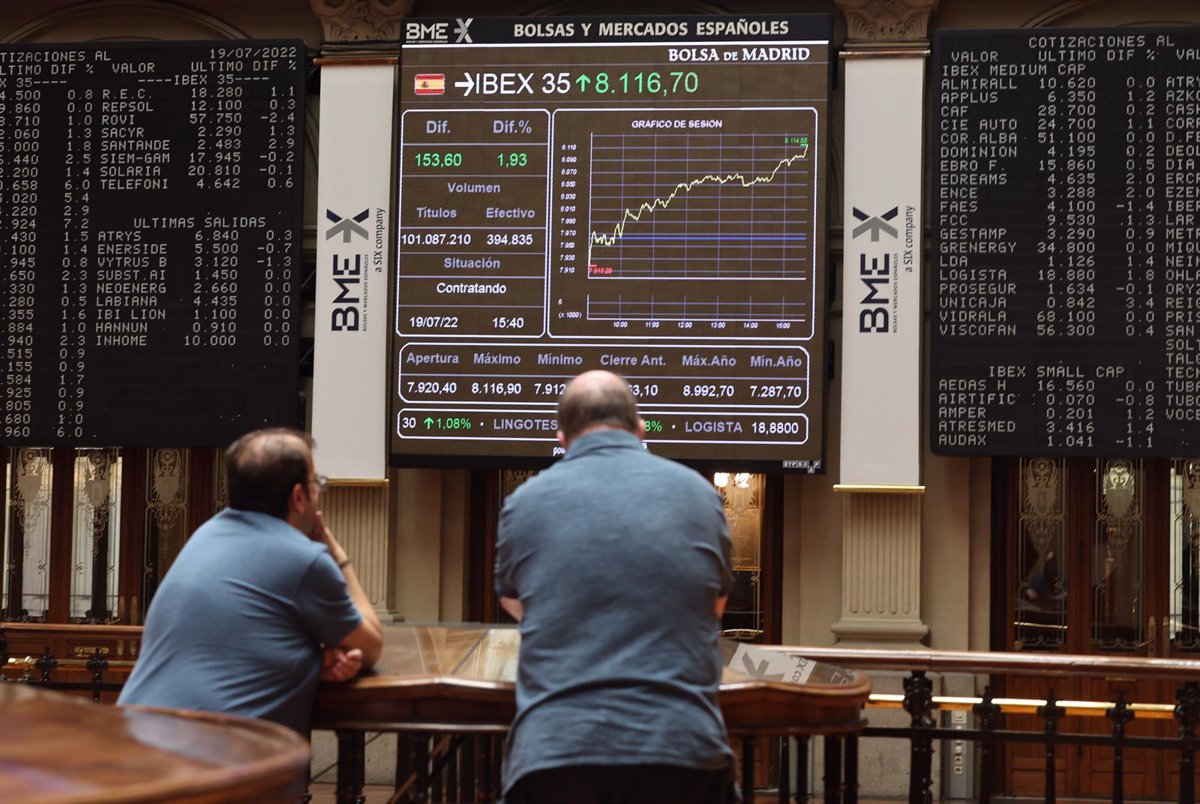 The Ibex 35 shed 8,100 points, posting a 1.18% drop in Wednesday’s trading session, which was the eve of the European Central Bank (ECB) meeting.

The Governing Council of the European Central Bank (ECB) this Thursday will implement the first interest rate hike in the euro zone since July 2011, ending an era of accommodative monetary policy in the euro zone that has been faced with the harassment of inflation flight and the inexorable depreciation of the euro against the euro dollars in recent months.

Italy’s Prime Minister Mario Draghi, on the other hand, who tendered his resignation after the Five Star Movement failed to vote in the Senate’s confidence vote last week, said Wednesday that he would remain in office if disputes within the governing coalition are settled. This possibility has made it possible to reduce the pressure on transalpine debt.

In terms of macro data, it was released that the annual inflation rate in the UK was 9.4% last June, compared to 9.1% in May, marking the highest price increase since 1982.

On the other hand, consumer confidence indicators in the EU and the Eurozone recorded sharp declines in July, falling below the historical minimum levels registered at the start of the Covid-19 pandemic in spring 2020, as reported by The European Commission.

The euro was trading at 1.0204 greenbacks against the dollar, while Spain’s risk premium was 118 basis points, with the interest required on the 10-year bond amounting to 2.472%.