The Ibex 35 closes in the green for the fourth straight week, scoring 8,400 points 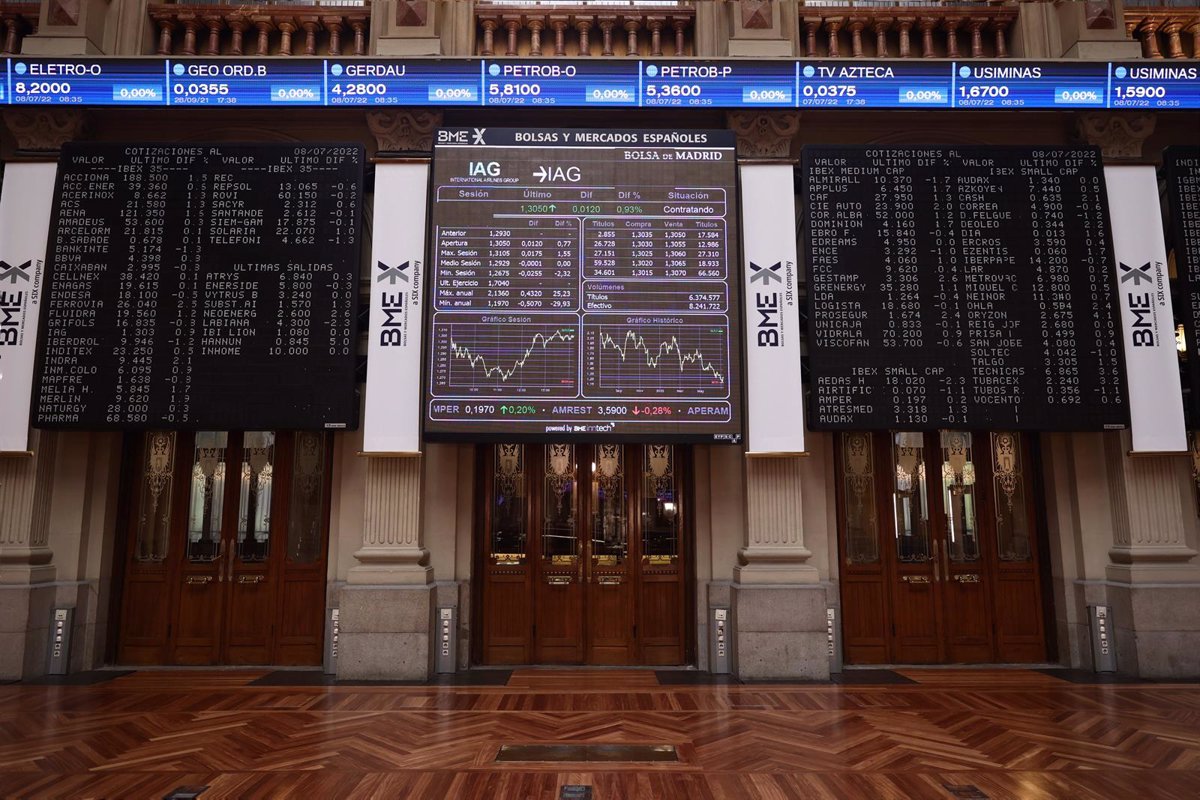 The Spanish stock market’s main indicator, the Ibex 35, has returned to close in the green, having been up for four consecutive weeks, at 8,400 points, up 3.7% from last Friday.

This week, July inflation was released in the United States, which came in at 8.5%, while Spain’s was 10.8%.

“Many investors are optimistic again, considering that inflation has already peaked and this could prompt the Federal Reserve (Fed) to adopt a more dovish stance. Despite this, inflation is four times the Fed’s target to fall further in the 2% to 3% range,” XTB analyst Joaquín Robles told Europa Press.

Therefore, investors would wait next week for macroeconomic releases and central bank governors’ statements on the size of the next rate hikes.

Some of the most notable data include the ZEW survey of investor confidence in Germany, where a rebound is expected from last June’s lows, as well as the final data on euro-zone inflation and building permits and second-hand home sales in the United States, showing a vision of a property market, which is showing signs of weakening.

Finally, the euro was trading at 1.0251 “greenbacks” against the dollar, while the risk premium was 109 basis points and the yield on the 10-year Spanish bond was 2.092%.

Previous articleNintendo Switch before an uncertain future: the president still rules out price increases
Next articleHolidays in Spain: 1,000 Sahrawi children are returning this summer after the pandemic and despite tensions with Algeria