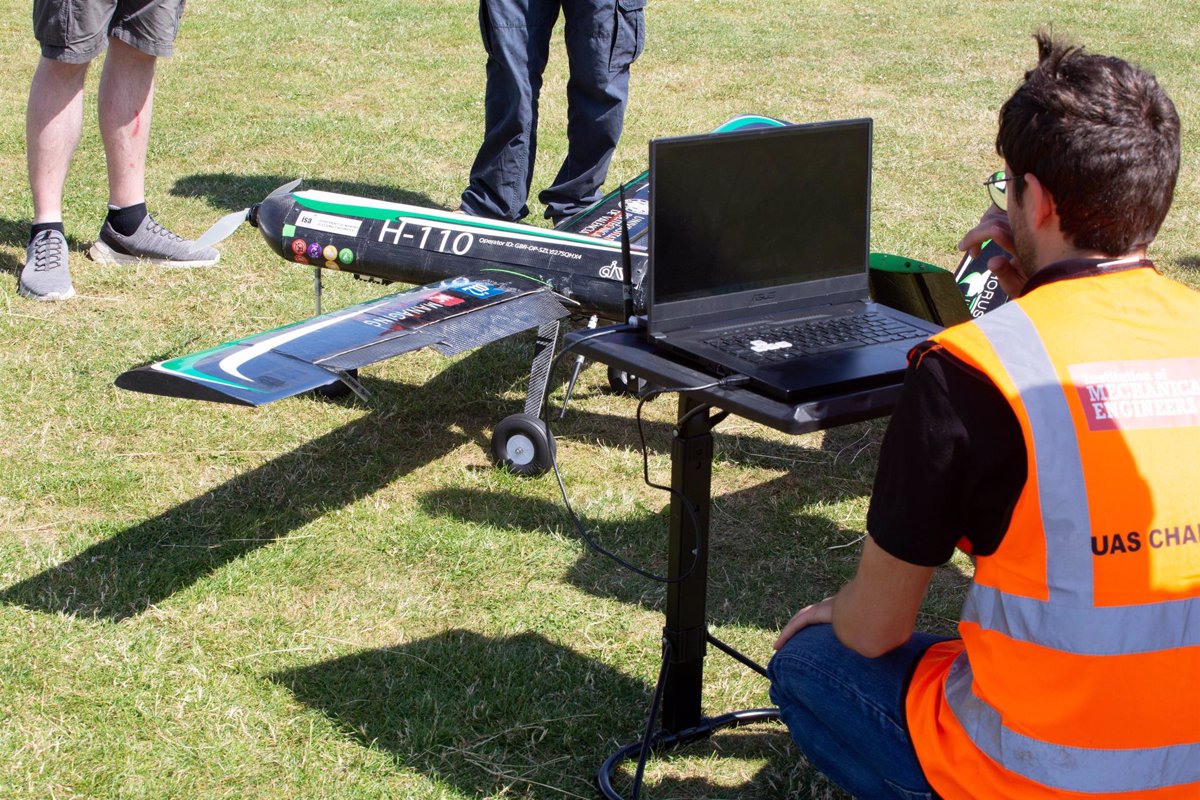 The HORUS UPV team from the Polytechnic University of Valencia (UPV) and integrated into the Spontaneous Generation platform has achieved third place in the UAS Challenge 2022, held in Buckminster (England, United Kingdom) in July.

It is also the first participation of a UPV team in this competition, in which students from different majors from around the world, majoring in engineering, competed to demonstrate the effectiveness of unmanned aerial vehicle (UAS) systems. , which they have been designing and building since October of last year. In the case of the Valencian team, it was the H110 FALCO.

33 teams organized by the UK Institution of Mechanical Engineers took part in this ninth edition, mostly from Great Britain but also from the Netherlands, Pakistan, Portugal and Turkey.

HORUS UPV completed a podium where representatives from Queen’s University of Belfast took second place and England team Peryton Heron from the University of Surrey has re-validated the title in 2021, the Valencian university said in a statement.

The fact of facing its first participation “doubled the feeling of satisfaction in the UPV team”, according to Sergio García-Nieto, professor at the Institute of Systems Engineering and Automation and project leader.

“The result was spectacular because the team had no experience of the competition. They also competed against universities with a much larger budget,” García-Nieto points out.

The UPV team won third place overall, but received two other awards: first place in the airworthiness category and best debut for a new entrant in the competition.

Joan Albert, as student coordinator, highlights the difficulties they had to overcome over the months. “We had hopes of being up to the task, but we had doubts. We had unforeseen events up to two days before the competition. Besides, it was our debut. With all that, we couldn’t have had a bigger reward,” he defends.

Looking to the future, Albert is committed to the continuity of the HORUS project through the formation of two teams: the competitive team, which will aim for first place in the next edition of the UAS Challenge; and the research area, which focused on capitalizing on the advances of the last few months as well as all the work done since the HORUS project first steps in 2018.

The UAS Challenge is an annual competition created in 2014. It starts each year in October with the start of the vehicle design by the teams and ends in England where the final stage takes place where participants from all over the world compete with each other to demonstrate the best performance of their vehicles in humanitarian emergencies.

The term UAS refers to the acronym in English Unmanned Aerial Systems and includes the system as a whole that makes it possible to control and guide an unmanned aerial vehicle (UAV), popularly known as a drone.

Previous articleThe remains of a gorgosaur, a rare dinosaur, fetch $6 million at an auction in New York
Next articleGoat Simulator 3: this collector’s edition brings you the goat in the box