The history of ‘El Clásico’ in numbers. Ramos and Messi are the most visible 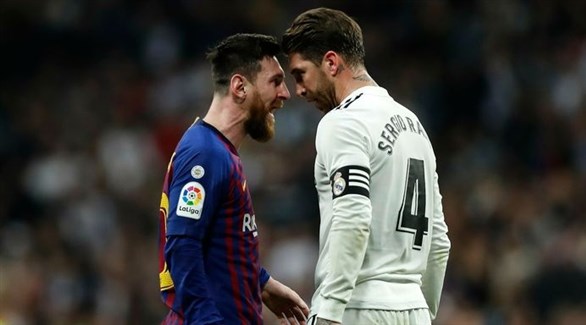 Football fans from all over the world are waiting for the “El Clásico” match between Real Madrid and Barcelona, ​​​​today, Sunday, at the Santiago Bernabéu, at the top of matchday 29 of the Spanish League.

Real Madrid leads the Spanish league standings with 66 points, 10 points ahead of its closest rival, Sevilla, runner-up with 56 points, while Barcelona is third with 51 points and has a game postponed.

Throughout its history, the Classic matchups witnessed the recording of many unforgettable historical numbers, which we will review in the following report:

1- Argentine star Lionel Messi, all-time top scorer in ‘El Clásico’ with 26 goals, divided between 18 in the League, 6 in the Spanish Super Cup and two goals in the Champions League.

2- Sergio Ramos and Messi are the most involved in the history of the confrontations of the two teams, with 45 games.

4- Messi is the one with the most assists with 14 assists.

5- The deceased Real Madrid star Francesco Gento, the most successful with 21 games, and Sergio Ramos the most lost with 20 games.

6- Karim Benzema scored the fastest goal, at 21 seconds, during the December match of the 2011-2012 season in the Spanish League.

10 – Alfredo Di Stefano is the oldest player to score in El Clasico at 37 years and 164 days, and Barcelona’s Alfonso Navarro the youngest at 17 years and 356 days.