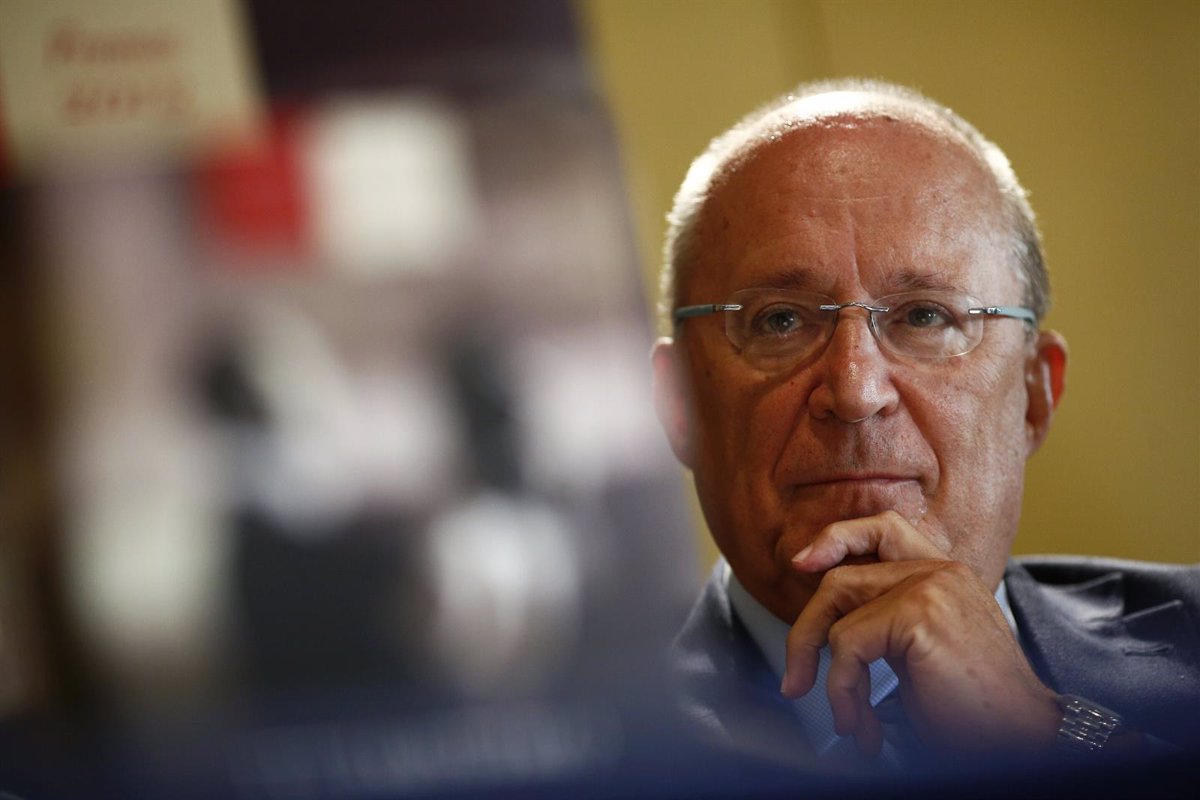 Jesuit priest and historian Fernando García de Cortázar, winner of the 2008 National Prize for History, died “unexpectedly” this Sunday, July 3, at the age of 79, according to a statement from the Society of Jesus.

The death occurred at Luz Hospital at five o’clock this morning, according to the statement. García de Cortázar was admitted last Thursday because of an intestinal perforation. He underwent surgery, but a postoperative complication was the cause of death.

His body will be transferred this Sunday at 2:00 p.m. to the mortuary in San Isidro Park (Madrid), where a Eucharistic celebration will be celebrated at 7:30 p.m. Pending confirmation of the schedule, he will be buried at Loyola Sanctuary on Tuesday. On the same day, at 7:00 p.m., according to the Jesuits, his requiem mass will be celebrated in the Church of the Sacred Heart of Bilbao.

As part of his Jesuit formation, he completed the novitiate in Orduña (1959-61) and the juniorate in Villagarcía de Campos (1961-62). He studied philosophy and literature in Salamanca (1962-63) and in Loyola (1963-1966). The so-called teaching phase, in which the Jesuits spend two years in the middle of their formation devoting themselves to pastoral work, mostly in the schools, was carried out in Pamplona in 1966-67. He studied theology in Madrid (1968-72) and upon graduation began preparing for his doctorates in history (72-73) and in theology (73-75).

Between 1975 and 1976 he was transferred to Bilbao as Director of the Colegio Mayor Deusto and Professor at the Faculty of Philosophy and Literature (FyL) of the University of Deusto (UD), positions he held at different stages of his life. In addition to being Professor of Contemporary Spanish History at that Faculty, he was also its Dean (81-82), a key contributor throughout his life and Professor Emeritus at the Faculty of Social Sciences and Humanities from 2007 to this year 2022. .

García de Cortázar was recognized for his exceptional work as a historian who managed to convey his love of history in a language close to the audience, which has brought him great success in his widely circulated publications. As a student of the historian Miguel Artola, he was awarded numerous prizes, including the National History Prize in 2008 for his work “Spain’s History through Art” (2007). He had also headed the Vocento Foundation.

García de Cortázar has written more than 70 books and encyclopedias such as the monumental ten-volume La Historia en su Lugar. He has contributed to popularizing the history of Spain through his numerous articles in the press (such as Vida Nueva or the ABC newspaper) and various television series such as Memoria de España. His work has been particularly devoted to researching the history of the Basque Country, the history of Spain and church history.

On May 19, 2021 he received the Bravo 2020 award, given by the Episcopal Commission for Social Communication (CECS) for the work with which “he brings his penetrating view of the history of Spain to various press stands and saves them discounts” and because “his articles highlight the essential contribution of the Christian tradition and enter into a serious and thoughtful debate about the place of Christian fact in our contemporary culture”.

He took it up, expressing his desire “to make the religious message public, especially at this time when we need to speak not only to those who share the same faith as we do, but also to those whom we might call cultural Christians who see in religion and Christianity a fact which they hope will help uphold principles and beliefs that this world needs”.