The heating industry is driving modernization at the moment. 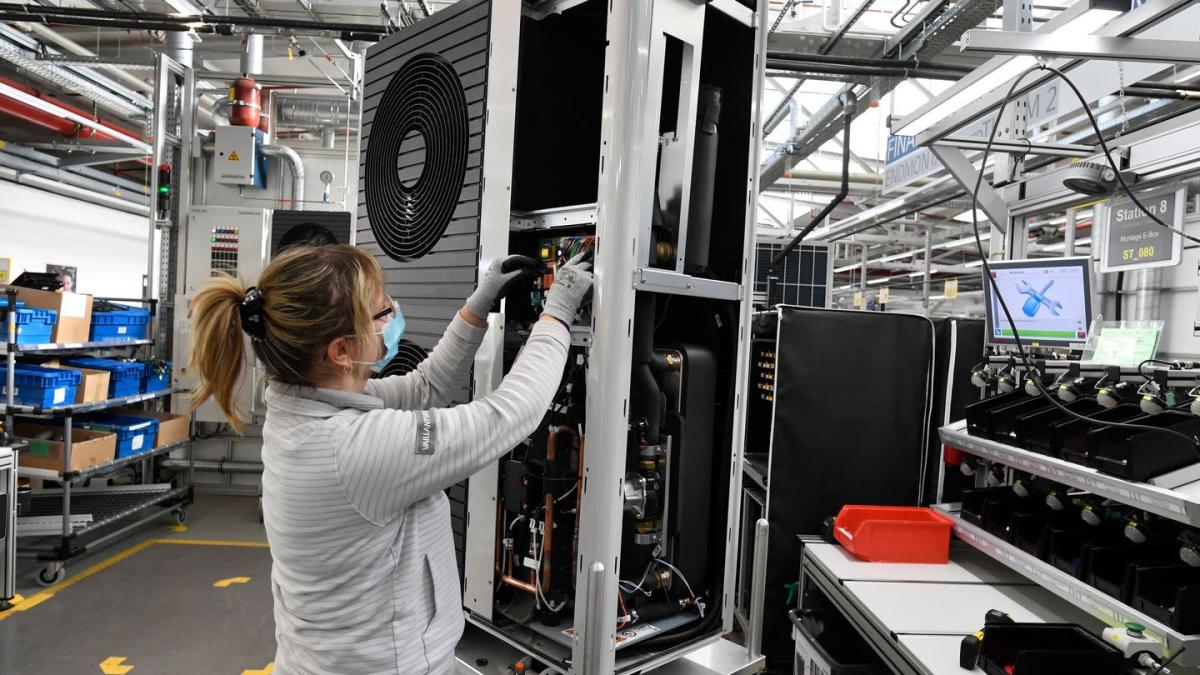 Cologne (dpa) – In the discussion about dependence on Russian natural gas, the German heating industry sees various options for private gas customers to reduce or permanently convert their own requirements.

“To date, according to the gas industry, there have not been any supply problems,” said the general manager of the Federal Association of the German Heating Industry, Markus Staudt of the German Press Agency. The problem today is the rise in the price of natural gas. But other energy sources such as oil or electricity have also become more expensive.

“Are we still waiting?”

Price increases in other areas did not leave consumers unaffected. “We’re getting feedback from the market that people have more questions and are thinking, ‘Are we still waiting?’ or say: ‘I don’t know exactly'”, said Staudt. Therefore, it is necessary to look at whether this could lead to a reluctance to buy and whether significant potential savings remain untapped. The modernization of the existing heating system in Germany has just begin after decades of investment accumulation.

“In the last two years, the German market has shown significant growth for the first time in more than 20 years,” Staudt said. According to association data, almost 930,000 new heat generators were installed for the first time in 2021, instead of the long-term average of 600,000 to 700,000 new heat generators per year. That’s 10 percent more new devices for heating and hot water sold in Germany than in the previous year. The state subsidy on the issue of heat, which has been extended since 2020, has made a significant contribution to this.

According to the association’s data, sales of pellet-fired central heating systems grew the most in percentage terms last year (up more than 51 percent to 53,000 units). Heat pump demand continued to rise (up more than 28 percent to 154,000 units). According to the association, gas-fired condensing boilers with 650,000 new devices, which were generally purchased and installed without state subsidies, accounted for by far the largest part of the modernization of the heating system.

In addition to simply replacing the old with the new, the combination of gas heating with a heat pump is gaining in importance. If it is very cold, the gas boiler is turned on, explained the general manager. For a complete switch from gas to heat pumps, the building must meet a certain energy standard. “Technically I can install a heat pump in almost any building. So the question is always whether it makes economic sense,” says Staudt.

The heat pump is definitely worth it in new buildings. The combination of gas and wood heating is also increasing. This also applies to photovoltaic systems in combination with electricity storage and heat pumps, as well as ventilation systems with heat recovery. The savings potential through digitization based on energy management systems is still underestimated.

H2-ready gas devices for hydrogen use

“First of all, I can heat more efficiently and use less. Second, I can use alternatives to fossil gas,” Staudt emphasized. He considers that the use of a significantly higher amount of biogas is possible. “Today any gas heater can be heated with 100 percent biogas,” said the association’s representative. Until now, biogas has mainly been converted into electricity or used by oil companies for their own ecological balance. As with green electricity, it involves feeding an amount into the general grid that replaces a corresponding amount of natural gas on the balance sheet.

The heat market could also help hydrogen make a breakthrough. The heating industry offers H2-ready gas devices that are suitable for possible increased use of hydrogen. According to Staudt, politicians are still unaware of this “increasing market” potential for hydrogen, which is needed in many sectors.

The traffic light coalition’s goal, from 2025, every newly installed heater must be powered by 65 percent renewable energy, depending on the design, represents a huge challenge for consumers, commerce and industry. Staudt emphasized that all technology solutions based on a broad energy mix are required.