The heat brings a week of truce with rain and storms, especially in the north 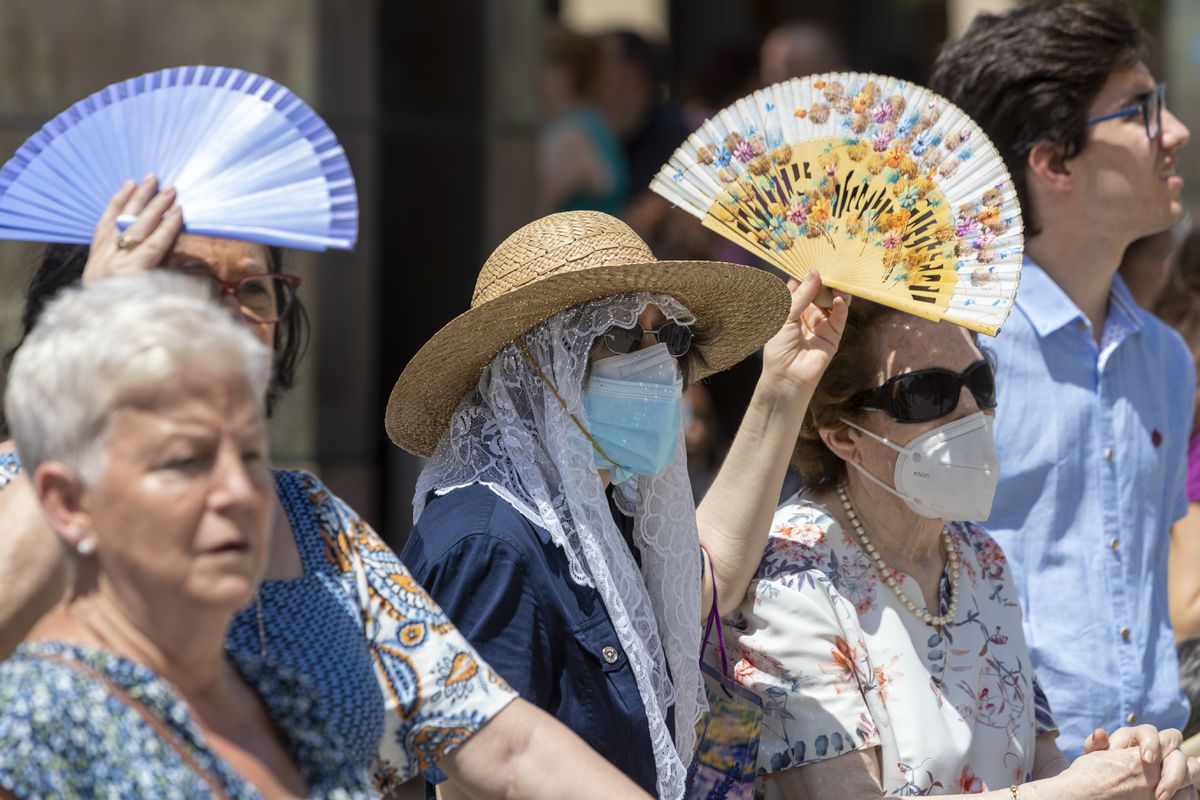 After one of the earliest heatwaves in its documented history, the weather scene in Spain earlier this week will be radically different, ranging from temperatures up to 21° above normal for the time to levels below in the western half of the peninsula, where the maximum is between 5° and 10° lower than usual will be. This Monday and Tuesday – when astronomical summer arrives at 11:14 a.m. peninsular time – it will still be hot in the eastern Cantabrian Sea, the north-east, the Mediterranean regions and the Balearic Islands, with records between 5 and 10° above normal. In the rest of the country, temperatures are more normal for this time of year but appear so cool compared to last week’s intense and exceptional heat.

The cause of this sharp drop in temperature is the presence of low pressures in the middle and upper layers of the troposphere, together with the entry of fresh air from the Atlantic, explains Rubén del Campo, spokesman for the State Meteorological Agency (Aemet). “Temperatures will already be typical of the time in the second half of the week: they rise in the western half, where it is cooler at the beginning of the week, and fall in the eastern half, where they are warmer,” explains the spokesman.

“It won’t be overly hot this week,” summarizes the expert. On this Monday and Tuesday, 36° can still be exceeded in the Ebro Basin, in the Mediterranean area and on the Balearic Islands. On Monday, temperatures will drop significantly in the Bay of Biscay and a little easier in the rest. On Tuesday it does the minimum and there are only tropical nights with thermometers over 20° in the Ebro Valley, in the Mediterranean and on the Balearic Islands. The maximum values ​​remain unchanged.

In addition, instability will increase, which will translate into rain and showers on Monday and Tuesday in Galicia and the Bay of Biscay, which may be locally heavy and accompanied by storms, spreading to the northern plateau, albeit weaker. On Tuesday they also reach the East and the Balearic Islands. In the Pyrenees and in the interior of the eastern half, there will be stormy showers, especially in the Pyrenees and in the Iberian system, locally strong and with strong gusts of wind and hail.

Wednesday will be a rainy day in Galicia, the Cantabrian Sea and north-west of Castilla y León, which may be weaker west of Extremadura and Andalusia. There will be blustery showers, locally heavy in the Pyrenees and weaker in the Balearics where they could be accompanied by mud. Otherwise clear skies and lower temperatures in the central area, the eastern half and the Balearic Islands. “It will only exceed 32°C in the Ebro Valley, inland Murcia and the Valencian Community, and at points in Málaga and Mallorca,” explains Del Campo. “For the rest, the maximum is between 20° and 30°, higher the further east and lower than 20° in the Cantabrian municipalities and in Galicia,” adds the spokesman.

Cloud and rain will continue in the northern third on Thursday, with storms in the Pyrenees that could weaker hit other areas of the northern half of the peninsula and the centre. Mud storms can also be repeated in the Balearic Islands, while in the southern half the slightly cloudy sky prevails with slightly higher temperatures, except in the east and in the Balearic Islands, where they drop a little.

Over the weekend it is “possible that the rain and shower situation will continue in the north, especially on Friday, when they may affect other areas of the northern half again”, but the tendency will decrease on Saturday and Sunday days, when the sky will be clearer in principle and “the temperatures will rise significantly”. However, some scenarios are delaying this notable surge to early next week.

Balance of the last days of the heat wave

The heatwave said goodbye on Saturday with “extremely high” temperatures still across much of the country except in the western third of the peninsula, where there was a 4° or 5° drop in temperature. In the eastern Cantabrian Sea and in Navarre, “the values ​​were no less than between 15° and 21° above the usual values ​​for the time of year”, marvels Del Campo, emphasizing the temperatures in Gipuzkoa, near the border of France, where the airport station not only set its record monthly but all year round at 42.7 °, which is almost three degrees more than its previous high in June. The Igueldo Observatory in Donosti has also broken its annual record at 94 years with 39.8°.

On Friday, Valencia Airport broke its absolute record with 39.3°, almost a degree more than the previous record. That night, multiple records for the highest June minimum were broken in Bilbao, Granada, Ponferrada, Vitoria, Pamplona and Santander. In Santander the minimum was 21°, which was the first tropical night in June. Although there was a “significant drop” in temperatures on Sunday from 10° in general across most of the Peninsula and Balearic Islands, it was still very hot in the north-east. with 40° in Hijar (Teruel).

- Advertisement -
Share
Facebook
Twitter
Pinterest
WhatsApp
Previous articleElectricity companies warn that exports to France will skyrocket due to the gas cap and reduce its impact
Next articleRüdiger: “There was interest from Barça, but I said Real Madrid or nothing”

The paintings of the Laja Alta Shelter rejuvenate 5,000 years in one fell swoop