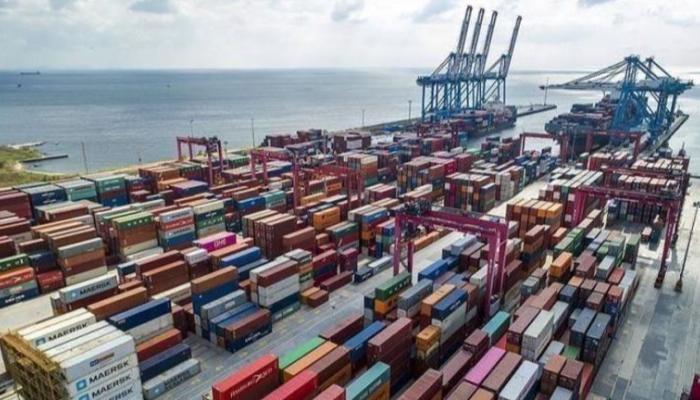 Nearly a month after the outbreak of the Russo-Ukrainian war on February 24, everyone is wondering about the extent of the damage to supply chains in the aftermath of the war.

Before we delve into the question of the extent to which global markets for strategic raw materials have been affected by the impact of war on supply chains, we must first define what global supply chains are: it is the network that connects all parties with whom a company deals. with the delivery of your product to the final consumer.

As for the main commodities that were strongly affected by the Russo-Ukrainian war, wheat was in the lead, followed by oil, corn and oils. Undoubtedly, all commodities will be affected by the rise in prices. world oil prices and consequently freight prices, which in turn caused an increase in the prices of almost all raw materials.

And in less than a month, sea and air freight prices rose 20%, especially after the price of ship operating fuel rose 23% from the beginning of the year due to oil prices, which touched $120 a barrel and then fell during trading today. at $116.95 a barrel (Brent crude), and Nymex crude, the US traded about $110.60 a barrel.

The buildup of Russian ships has also closed the Kerch Strait, which connects the Black Sea and the Sea of ​​Azov, meaning no merchant ships will be able to pass through.

In the same context, the Suez Canal Authority modified the additional fees imposed on liquefied petroleum gas (LPG) tankers, loaded and empty, transiting the Suez Canal in both directions, to become 20% instead of 10% of normal transit fees.

The Suez Canal Authority confirmed in a navigation post on its website, Tuesday night, that the implementation of this increase from next May, and is considered temporary tariffs, and may be modified or canceled in accordance with maritime variables. transport market

It should be noted that at the end of February, the Suez Canal approved additional tariffs on a number of ship types, increasing the tariffs ranging from 5 to 10%, which were applied on the first of March this year.

The Suez Canal Authority attributed this increase to the remarkable growth in world trade, improving ship economies, the development of the Suez Canal shipping course and transit service.

The share of Ukraine and Russia reached 23% of world wheat trade in 2021-2022, and the two countries are the largest producers of sunflower oil, with a 60% share of world stocks.

The Russo-Ukrainian war adds further pressure to semiconductor production, with Russia and Ukraine producing 40-50% of the neon gas used in the lasers that help design semiconductors, and Russia producing 37% of world production of palladium metal used in electronic devices. chips. .

The closure of a relatively unknown Chinese city in the context of the fight against Covid, caused world aluminum prices to rise to the highest level in 14 years, as its price reached 4 thousand dollars per ton, and Russia represents close to 6% of the aluminum. production in the world.

Palladium prices reached an all-time high at levels close to $3,200.

Speaking to the German newspaper ‘Deutsche Wirtschafts Nachrichten’, analyst Carsten Fritsch believes that in the current situation, the countries of North Africa and the Middle East, the largest importers of cereals, will be the ones most at risk of famine.

The fall in reserves of the largest wheat exporters, which are the European Union, Russia, the United States, Canada, Ukraine, Argentina, Australia and Kazakhstan, will exacerbate the supply crisis.

He pointed out that the reserves of these countries are at their lowest level in nine years, reaching 57 million tons, and enough for the world for 27 days, but without the reserves of Russia and Ukraine, they will not be enough for more than three weeks.

He revealed the importance of China in the wheat market, where its reserves are estimated at 131 million tons, but it is impossible to verify it, because Beijing considers this data strategically important.

Wheat prices have doubled in Europe in the last two years, while they have doubled 2.5 times in the United States.