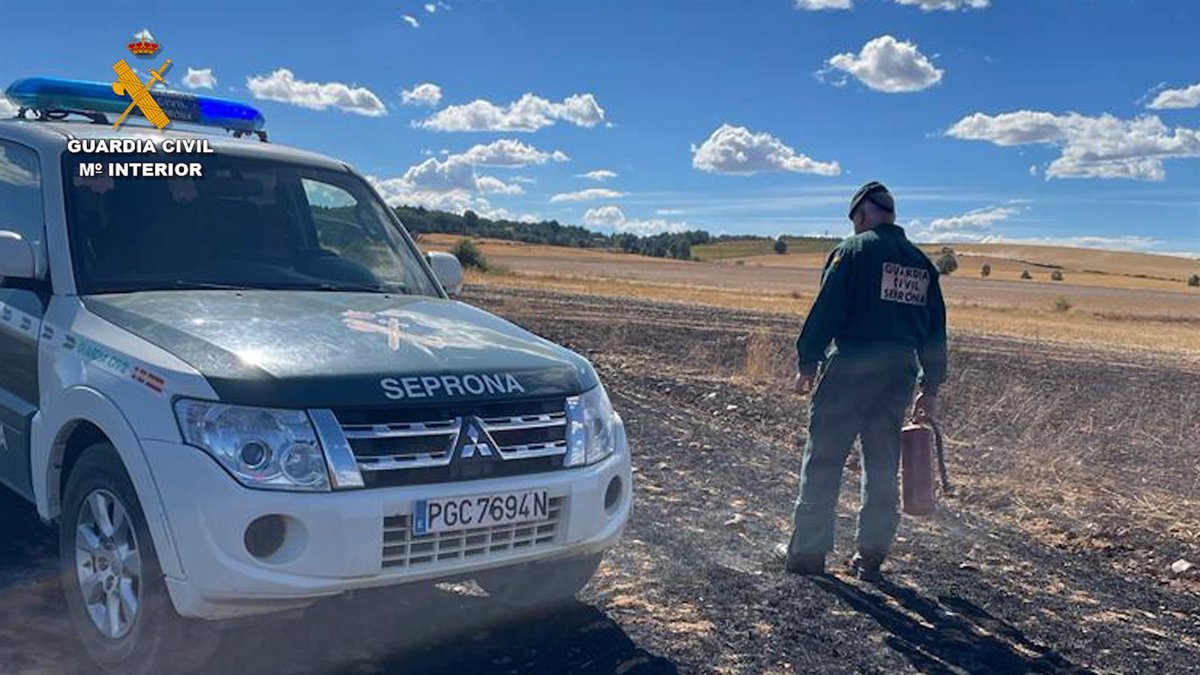 The Civil Guard has identified four men as suspects in forest fire crimes committed in the provinces of Palencia and Castellón, the institution reports.

In particular, in the province of Palencia, two fires were committed due to gross negligence due to non-compliance with preventive measures during periods of high risk of forest fires established in the Community of Castilla y León. The events happened on July 18 when flames from a forest fire in the city of Palenzuela burned down about 15 hectares of harvested farmland, vineyards and trees.

The initial investigation by the Guardia Civil revealed that it was an alfalfa harvester, with a 24-year-old man, a resident of the province, being investigated for these incidents.

A day later, on July 19, another forest fire broke out in the town of Villalafuente, municipality of Saldaña, affecting about 19 hectares of crops and one hectare of forest. On this occasion, the agents’ investigations revealed that it was a harvester. Because of these facts, a 56-year-old man, also a resident of the province of Palencia, was investigated.

In both cases, it was found that the fires were allegedly caused by gross negligence, since the perpetrators did not comply with the prevention measures established in the community of Castilla y León during periods of high risk of forest fires and carried out agricultural work with machines less than 400 meters from the mountain.

In the case of Castellón, investigations indicate that ash and embers were dumped near the Sierra de Espadán Natural Park, forcing the eviction of twenty people.

The events date back to July 23, when a forest fire warning was issued in the town of Fuentes de Ayódar, the heart of the Sierra Espadán Natural Park, a protected area classified as a Special Protection Area for Birds and a Site of Community Importance.

The specialist police tasked with the investigation determined that the fire had started near a tool shed by accumulation of ash and hot embers on the vegetation cover with dead fuel (with dry grass). Conservation Service agents confirmed it was not the first time a similar incident had happened in the same place.

The fire that occurred in the Fuentes de Ayódar area forced the Civil Guard to evict twenty people for safety reasons. Following the investigation, two men were identified as suspected perpetrators of a crime against collective security over a forest fire.