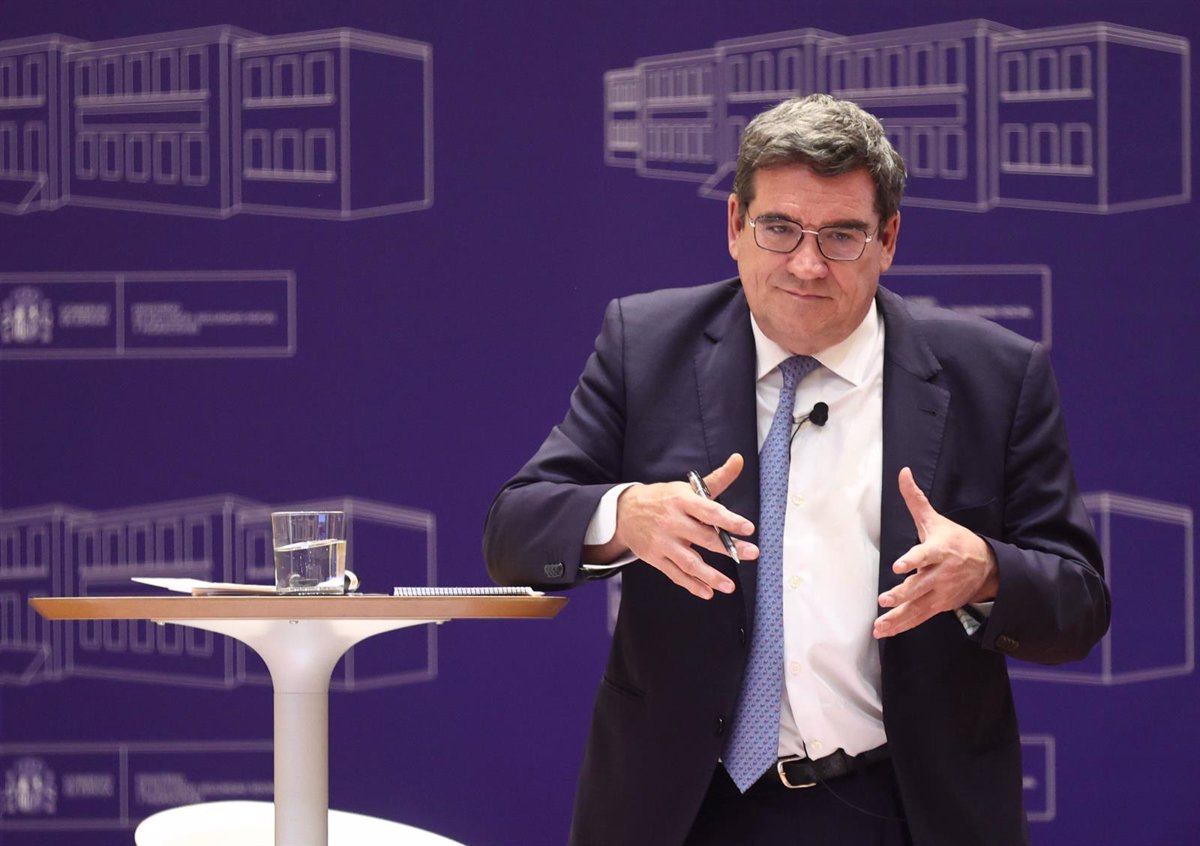 ATA and Uatae reject Escrivá’s latest proposal, while UPTA asks for decisions to be made now, even if they are not 100% shared

The Department for Inclusion, Social Security and Migration will meet again this Monday with the organizations of the self-employed and social agents to try to reach an agreement on the system of real income contributions that it intends to implement for the 2023-2025 group of self-employed .

The meeting, originally scheduled to take place last Friday but eventually postponed to tomorrow, Monday, begins at 12 noon and comes just days after the last proposal the government put to the parties, in which it stated that the The fees to be paid by the self-employed will be between 245 and 565 euros per month, depending on net income.

This latest executive proposal, widening the tiers from 13 to 14, improved the previous proposal on the lowest income tier (less than €670 a month) and the middle tiers, making the proposed fee more expensive for self-employed people with a net return of more than €4,050 in the month.

Thus, with the amendments contained in the last document, the government’s proposal comprises 14 sections. In those with net earnings between more than €670 and €1,700 per month, which make up the first six sections, the self-employed would pay between €260 and €294 in monthly social security contributions.

In the remaining eight sections, which range from 1,701 to over 4,050 euros net income per month, the self-employed would have to pay between 370 and 565 euros per month to social security according to the latest government proposal.

The Minister for Inclusion, Social Security and Migration, José Luis Escrivá, warned last Thursday that if no agreement is reached with the self-employed associations on the new contribution model, it will be the government who will decide with whom to approve the rule .

However, Escrivá remains optimistic about the evolution of the negotiations and has assured that “the consensus has been reached and is converging” so that everything points to “a very close conclusion without setting a deadline”.

“We have not set a specific deadline, but it is true that we have been negotiating for a long time,” Escrivá said this week, specifying that the negotiating table is already dealing with “small adjustments”, so it would be “surprising”. that there would be no agreement.

THE ORGANIZATIONS OF THE SELF-EMPLOYED, DIVIDED

The opinions of the independent organizations on the new quotas proposed by social security are divided, so one of them, UPTA, has asked the government for a decision, although not all interlocutors share it.

In ATA, on the other hand, they maintain their rejection of the government proposal, considering it “priceless”. “A self-employed person who earns 1,700 euros a month has to pay 900 euros more in contributions per year, 26 percent more, that’s priceless,” said ATA President Lorenzo Amor last Monday.

For its part, Uatae said in a statement on Thursday that it would not support the government’s latest proposal, although it will attend Monday’s meeting with “constructive spirit” as it means for self-employed people with incomes of 670 euros or less per month “in many cases for more than 50% of income”. “It’s not sensible or socially sustainable,” he denounced.

The Uatae announced they would propose a “significant reduction” in the contributions of lower-income self-employed workers “who do not need an adjustment period to pay less based on their income”.

At the same time, he warned that the reform of RETA should provide not only obligations for the self-employed but also rights, for which he would call for “more ambition” in the reform of the job.

For his part, UPTA President Eduardo Abad hopes that tomorrow’s meeting will serve to finalize a final text. Currently, the government submitted a draft last weekend, which Europa Press had access to, which stipulates that the contribution to the RETA will be made on the basis of the annual returns made to the Treasury by self-employed people in the exercise of their economic or professional activity .

A general expenses deduction of 7% is made from this income, except in two cases where this deduction is 3%: in the case of self-employed persons who hold the position of director or administrator or perform other services for a corporation when they have the actual, direct or have direct control over it, and in the case of working partners of working companies, if their share in the social capital together with that of their spouse and relatives with whom they live, reaches at least 50%.

In this sense, the number of cases in which the self-employed can request a change in their contribution basis during the year will be increased from four to six. Therefore base changes can be requested every two months and will take effect on March 1st (if the request is made between January and February); from May 1st; from July 1; September 1st, November 1st and January 1st of the following year, if requested between November 1st and December 31st.

The draft contains various forms of provision for temporary or permanent termination of activity: ordinary and several extraordinary. Under the latter, a benefit will be created to support the self-employed affected by a cyclical or sectoral RED (the new ERTE of labor reform).

In both cases, the benefit can be claimed if this mechanism affects 75% of the workforce. Cyclical RED requires, among other things, sales losses of 75% for two consecutive quarters and in the sector of 50%.