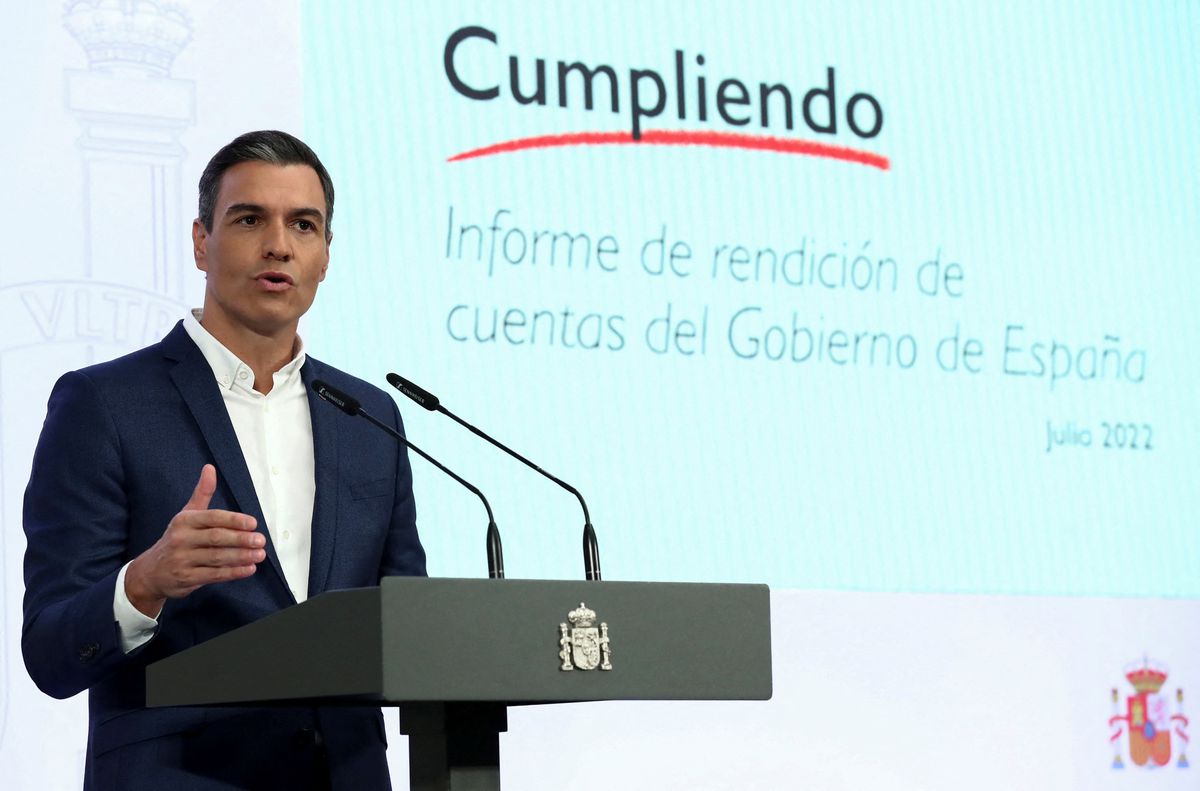 A number of ministries, led by the Ecological Transition, are working against the clock to finalize the details of the Energy Savings Decree, which they will use to try to rein in private business and make sure it gets involved. In the text, which will see the light of day on Monday, the executive will force the company to increase the temperature of air conditioning in summer and decrease that of heating in winter, government sources explain to EL PAÍS. According to Radio Nacional de España, the measure will also be mandatory in workplaces and transport, with a minimum of 27 degrees in hot weather and a maximum of 19 degrees in the winter months.

The provision will also urge keeping the doors of establishments closed for as long as possible to prevent the escape of heat and cold when the air conditioning or heating is on, a measure particularly aimed at large areas where this reality is particularly disruptive is. However, they indicate that it will also affect other businesses such as hotels or bank branches. “It’s about avoiding what’s happening now: that when you pass in front of a shopping center there is a whiff of air conditioning,” they debunk from the government.

Another focus of action of the decree will be the boilers. The text, according to the same sources, will include the obligation to check boilers in companies and factories more often to avoid inefficiencies that lead to energy wastage. “All the details aren’t finalized yet, but that will undoubtedly be one of the storylines,” they explain. The measures – which will not be aimed at households, at least in this first phase – are a kind of foretaste of the contingency plan that the executive has to send to Brussels in September and which will be binding before the European Commission.

The general inspiration for the decree to be presented on Monday is a different plan: the one on Saving and Energy Efficiency in the General Administration of the State and the State Public Sector Institutions, which was published just over two months ago. “The aim is that companies have to apply similar measures as the administration,” state government sources say. In addition to regulating the temperature of the thermostats, this text called for the rationalization of the switching on and off times of air conditioning and lighting, and the promotion of teleworking to reduce energy consumption when travelling.

The shock plan to curb energy wastage in the private sector comes at a crucial time: while Russian President Vladimir Putin is playing with the gas tap at will and shortly after Spain has agreed with Brussels to cut its natural gas consumption by 7%. While relevant, this target is much less ambitious than it originally should have been: originally the European Commission proposed a 15% reduction in all Member States without exception, but Spain and Portugal achieved a second Iberian exemption.

This linear reduction would have forced a significant gas dosage, especially in the industrial sector, even in a country like Spain, which has a guaranteed supply this winter thanks to its network of regasification plants, the largest in the EU. After finally staying at less than half that number, the executive is confident that without the need to ration that fuel, the measures to be applied must be less drastic. In any case, savings must be sharper on all fronts: every kilowatt hour of light that is not consumed counts, because combined circuits (which burn gas to generate electricity) will remain indispensable in the future Mix Spanish.

Previous articleWill Smith apologizes for slapping Chris Rock: ‘My behavior was unacceptable’
Next articleUkraine is making sure that ten ships loaded with grain are already ready to leave the port