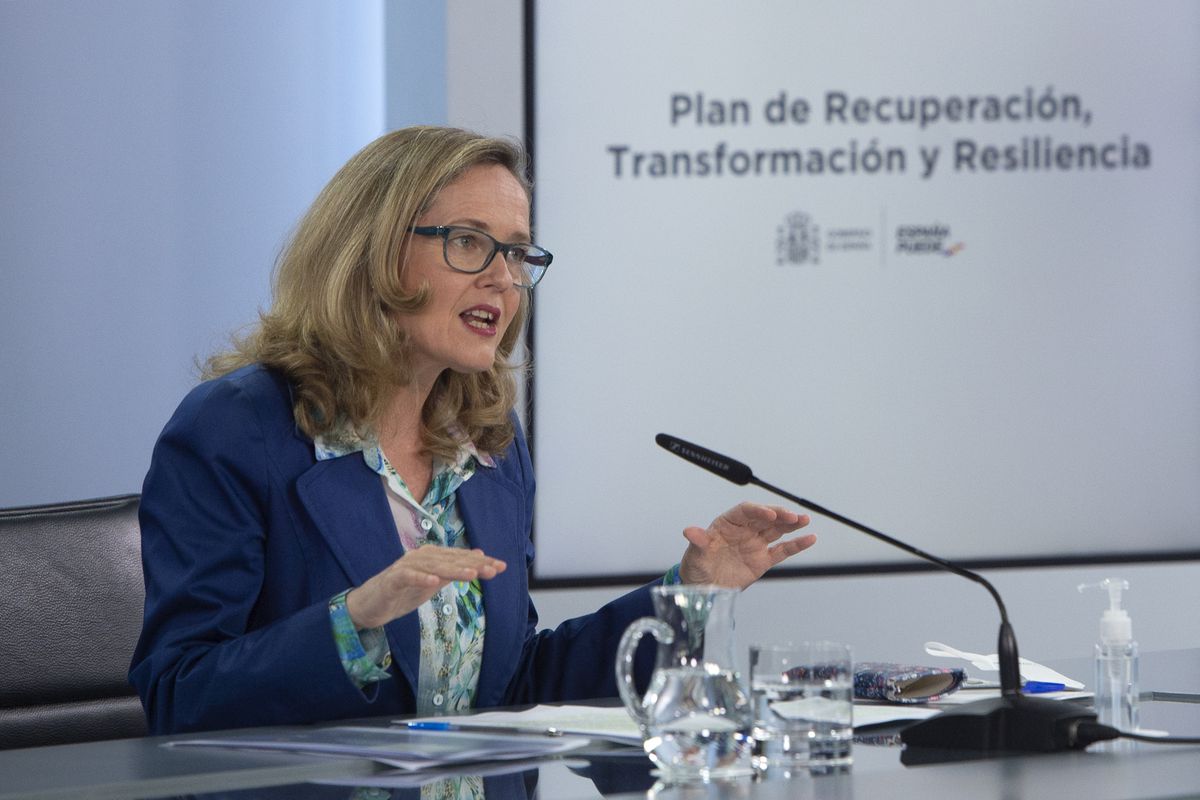 The government spent just 2,400 million euros in European funds last year, equivalent to 0.2% of GDP, according to official national accounts data released by the European Commission. Is it a meager number or something normal given the circumstances? Compared to other countries, the amount that Spain has disbursed in material form from the European Recovery and Resilience Mechanism is within normal limits: Italy, for example, exported 0.1% of GDP at the end of 2021. Portugal still nothing. And Greece, also 0.2%. They have all received a larger share of the funding from this fund, which was set up to help Europe get out of the pandemic and modernize the economy. On the contrary, that figure seems very low compared to the 24,000 million that the government had budgeted for last year. The boost that these investments should bring to economic activity, which the executive estimated at 2 points of GDP, also lagged.

However, the government claims that the plan was not actually approved by the commission until July and that it was not fully operational until September. He claims this is to improve investment: investment in capital goods and intellectual property is at record levels. “This pull is created because companies have already started to invest in the preparation of projects and the awarding of contracts,” according to the state government. In addition, they recall that Spain is the country that is the most advanced with its plan: it is the only country that has already requested the second payment.

Spain has received almost 70,000 million in non-repayable aid, which it must allocate before the end of 2023 and spend by the end of 2026. These are granted in exchange for achieving investment – particularly in the green and digital sectors – reforms such as work or pensions. In addition, you can have a further 70,000 million loans that the government is negotiating and which will be included as an addendum to the Spanish recovery plan with new milestones and targets.

In any case, there are quite a number of countries that have not spent anything yet. Some have preferred to have more time to prepare their plans and have not moved as quickly as Spain or Portugal, which were the first to receive Commission approval for their programs and have already received disbursements. The idea was it would be an incentive to ensure recovery from Covid.

However, other countries receiving a smaller share of the funds, such as Germany, have already spent 0.2% of GDP. Despite the late submission of the plan, Sweden has already paid out 0.2% of GDP. And France stands out as one of the two countries that has used the most funds relative to its economy: 0.5%. Perhaps thanks to its centralized structure, it was able to mobilize resources faster. The other that has spent the most is Hungary, which despite not receiving EU approval, has already made investments worth 0.5% of GDP through the mechanism. These data are those officially transmitted by the national authorities to Eurostat, which validated them. However, the Commission warns that some figures may not have arrived on time and these figures may still need to be revised.

The problem arises when one compares these figures to the expectations generated by the government in the 2021 budgets. Then the executive promised that it would increase spending by about 24,000 million just because of the recovery mechanism. However, this was far from the case. Public investments hardly increased by around 2,500 million to 32,152 million last year. And nearly half of that increase is due to roads the state has taken. In fact, central government execution data shows around 16,700 million that were transferred to other parts of the public sector in 2021. In other words, the government has delivered the money to entities such as Adif, Tragsa, highways, ports, Red.es, IDAE or the municipalities, and they in turn have to prepare, offer and decide the regulatory framework. Consequently, it takes some time for the money to arrive.

It was difficult to start the engines. The necessary procedures and controls are numerous. The administrative staff is limited to managing such a large amount of resources while attending to ordinary tasks. Communities show a slower pace. And the limits of state aid make it difficult to apply. The government has therefore focused on publishing the committed funds data. This is the stage where the competition is drawn. And it’s important because the resources have to be allocated by 2023. The acceleration in this regard was very pronounced. If progress is made on the strategic projects or PERTE, these will help because they will channel more funds. But now it remains to speed up the resolution of the calls.

“At the moment there is a lot to mention and little to solve,” explains Manuel Hidalgo from the Observatory of European Funds at EsadeEcPol and EY Insights. A report from Llorente and Cuenca points out that the challenge is to implement the measures at the necessary pace to fuel the intended recovery. In this context, both the Treasury and the BBVA see it as increasingly likely that around 15,000 million will be executed this year, down from the 26,000 budgeted for 2022. The good news is that it may only focus on the second half of the year when the tourism campaign recovery is over, helping out in an autumn that could be complicated. The bad news is that stimulus lands when inflation is already a headache.