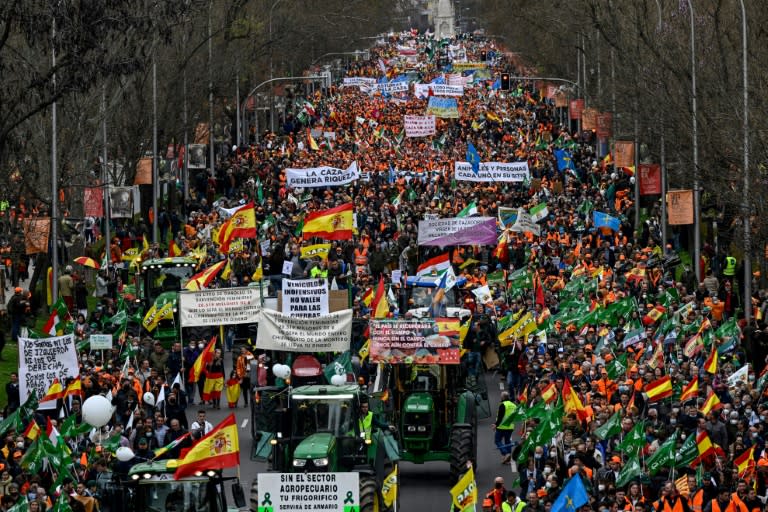 Amid nationwide demonstrations against high fuel prices, the Spanish government announced a fuel price cut of 20 cents per liter from April 1 to the end of June. Truckers should also receive a one-time payment of 1,250 euros, Transport Minister Raquel Sánchez said on Friday. The State will cost a total of about one billion euros.

In Spain, truck drivers and freight forwarders demonstrate against high fuel prices since March 14. They have formed a group called “Platform for the Defense of Traffic” and are blocking highways and ports. The consequences are delays in deliveries, in some cases factories have had to close or stop production; Eggs and dairy products in supermarkets became scarce.

On Friday morning, several thousand protesters marched in Madrid against high fuel prices. The “Platform for the Defense of Traffic” rejected the government’s offer in the afternoon as insufficient. President Manuel Hernández spoke of “crumbs.” He demanded that fuel prices drop by at least 60 cents per liter.

The president of the freight forwarders association, Carmelo González, expressed his satisfaction with the government’s plans. He hopes the strikes will end now. It would be “incomprehensible” if the blockades continued.

Taxi drivers, farmers and fishermen have also protested in recent days against high fuel prices and in some cases set up roadblocks. Taxi drivers and bus companies should also receive lump-sum payments, but somewhat lower than truck companies.