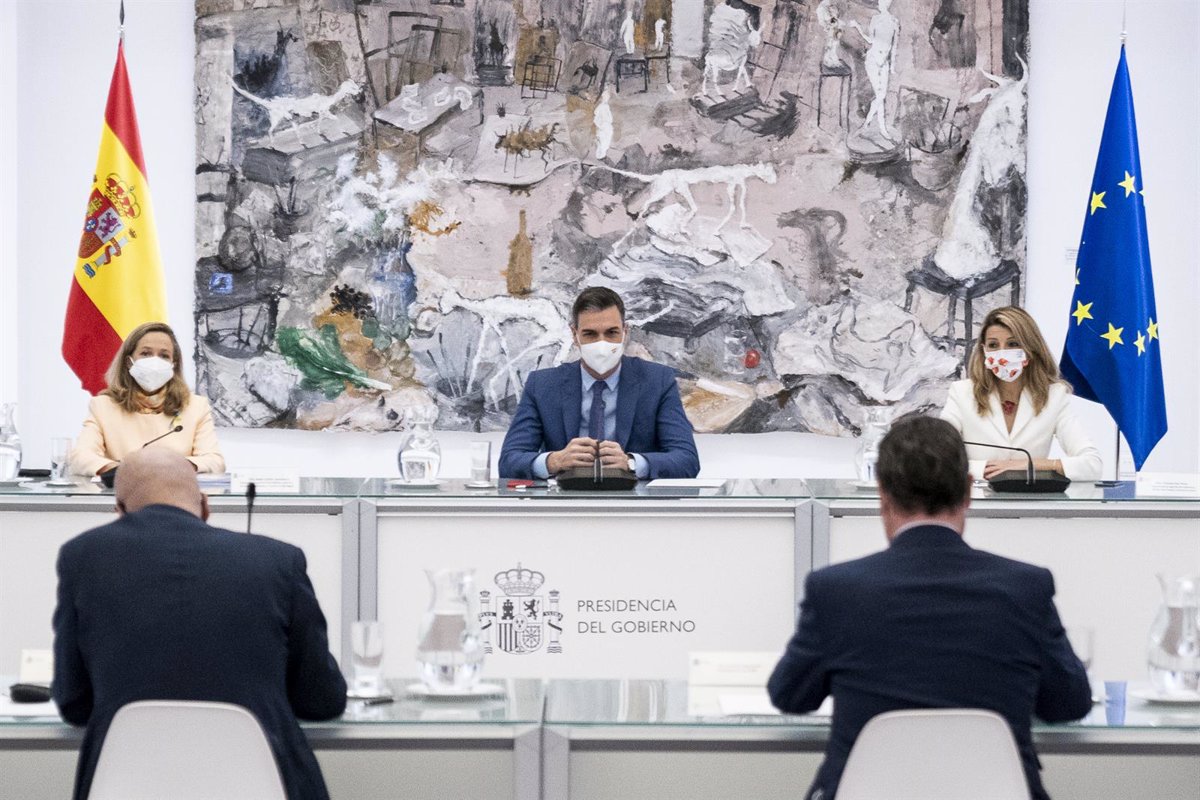 The government plans to meet with social representatives – employers and unions – this Wednesday to review the income pact amid a “complex” scenario for the coming quarters as inflation is more persistent and higher than expected. expected.

First Vice President and Minister of Economy and Digital Transformation, Nadia Calviño, was the one to announce that the promotion of an income pact will be one of the points that the Executive wants to raise with the representatives of workers and business people at the “Social Dialogue Table of the Recovery, Transformation and Resilience Plan”.

In the same line that organizations like the Bank of Spain have positioned themselves in, the executive advocates that social actors can agree on an income pact to give workers, businesses and society as a whole “confidence and stability” ahead of the current ones inflation episode.

Therefore, at this Wednesday’s session, the government will try to encourage, support and channel this dialogue between companies and workers, in order to contribute to an income pact that will allow it to continue to face the current challenges, especially those who result from rising prices.

And it is that according to the latest data from the National Institute of Statistics (INE), the consumer price index (CPI) shot its annual rate up to 10.2% in June, the highest level since April 1985. Mainly due to increases in fuel prices as well as food and non-alcoholic drinks.

Despite the fact that the executive branch claimed a few months ago that the inflation rebound would be “temporary”, the data shows that this escalation has not stopped, even with the measures taken by the government to deal with it. Of course, the Prime Minister himself, Pedro Sánchez, has indicated that without the economic measures approved, inflation would be 15%.

Given this scenario, Pedro Sánchez also recently insisted on the need for this income agreement. “We must be clear that the citizens, the working middle class of this country, are ready to tighten their belts when they see that there is a fair sharing of the burden of this economic crisis, that of Putin’s war in Ukraine comes from,” Sánchez said in an interview on ‘La Sexta’ last week.

On other occasions, the President has already suggested that the social actors – employers and unions – should reach an agreement on income, both in the area of ​​salaries and in relation to the review of company benefits.

However, it must be remembered that the Second Vice-President and Minister of Labor and Social Economy, Yolanda Díaz, has publicly expressed her opposition to this type of initiative, arguing that there has been “no good experience” with it in Spain’s history have leases.

ÁLVAREZ (UGT), “SURPRISED” BY THE CONTENT OF THE MEETING

After knowing the government’s willingness to raise this issue at this Wednesday’s session, the Secretary General of the UGT, Pepe Álvarez, was “surprised”.

Álvarez has indicated that the meeting is on the agenda, but has denounced that he doesn’t know the agenda and learned about it from the words of the vice president. “Now we have heard from the media that he wants to talk about the lease. If the meetings aren’t prepared, the outcome doesn’t seem very positive to me, but we’ll see what the government’s proposals are,” he hinted.