The government approves the reform, which facilitates the integration of foreigners into the labor market 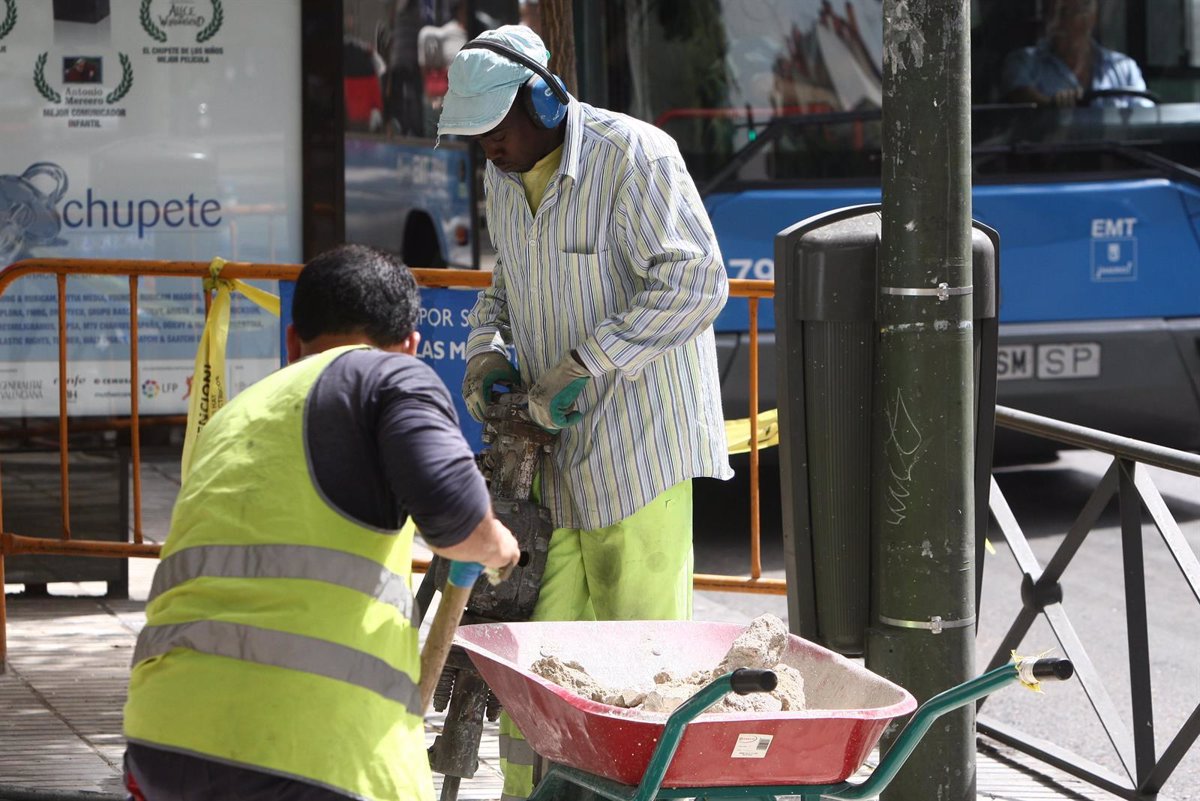 The government approved the reform of the immigration regime in the Council of Ministers this Tuesday, which will facilitate the integration of foreigners into the labor market.

“Due to the nature of the underlying phenomenon, it is impossible to make an estimate that is not also the aim of the reform. The aim is to modernize the migration model so that regular and safe migration is encouraged in all circumstances,” said the Minister for Integration, Social Security and Migration, José Luis Escrivá, this Tuesday at the press conference after the Council of Ministers meeting.

Among the measures included in the reform, Escrivá has highlighted that “the figures of social and professional roots and family reunification will be rationalized and updated” and “a new figure of roots will be created through training” that will allow migrants to live in Spain were for two years and want to train in particularly deficient professions so that they can do it.

Sources from the Department for Inclusion, Social Security and Migration have indicated that in order to benefit from this training rooting, the foreign person must commit to pursuing regulated training for employment and although they have pointed out that in the Sector or occupation they aspire to — The vocational training provided by the State Public Employment Service (SEPE) will also be valid — they will have more opportunities if they do so in sectors where there is greater demand for labor. This point is important because in order to get the residence permit, you need to prove that you have signed an employment contract.

A CALL EFFECT DOES NOT SEEM POSSIBLE

The same sources specify that with this new number of settlements through training, “a pull effect does not seem possible” since the foreigner must have been resident in Spain for at least two years and undertake a training commitment and then prove it. “So the reputation effect wears off by itself,” they underscored.

In addition, they have stressed that this will help “avoid the informal economy” and meet labor market needs, especially taking into account the “ageing rates” of the population.

On the other hand, the reform corrects an “anomaly” that exists in Spain, since it “makes it easier for 50,000 foreigners to work after they graduate”; The conditions for accessing self-employment, which Escrivá says were “extraordinarily complex”, are also being modernised.

Likewise, the catalog of occupations that are particularly in demand is “reformulated”, “so that recruitment can be generated at the place of origin in situations that justify it based on the evolution of the labor market” and the model of seasonal (circular) migration “perfected”, this is accompanied by ” an improvement in administration by reducing procedures and rationalizing administrative burdens”.

In this way, three changes are made to facilitate the integration of people into the labor market in Spain. First and foremost, the regulations will be improved to encourage students to remain. In this area, students are allowed to combine work and training, provided they are compatible with the studies being undertaken and do not exceed 30 hours per week, and there are no restrictions on the integration of students into the labor market after graduation to obtain a work permit.

Second, the numbers on roots and family reunification are updated. In the case of employment roots, the already existing number will be limited for people who are in an irregular situation but have carried out a work activity in a regular situation in the last two years, and a new authorization modality will be created that will promote the number of the Familiars and the fight against the sunk economy, by recognizing 6 months of irregular work.

Regarding social roots, the contract submitted to apply for approval is not evaluated for its duration, but for its adequacy to the Minimum Interprofessional Salary (SMI). In addition, when recognizing dependent minors, this may be less than 20 hours and the reform also makes the possibility of submitting several contracts more flexible.

Regarding family reunification, the reform creates a regime for the relative of a Spanish citizen who wants to maintain his family unit in Spain and also relaxes family reunification requirements when they concern foreign minors or people with disabilities or in situations of vulnerability. .

Thirdly, the reform includes a new concept of rootedness through training, which grants a residence permit for a period of 12 months to foreigners who have resided in Spain continuously for at least two years, if they commit to regular professional training. The figure inspired by the German Duldung can be extended by another 12 months.

With regard to the measures to strengthen regular migration, the regulation contains three innovations. First, a rationalization of the requirements for self-employed from third countries; secondly, an improvement in the recruitment procedures at source through the automatic inclusion of those professions in the catalog of difficult professions that belong to the economic sectors determined in agreement with the Commission of Delegates for Economic Affairs on the proposal of the Ministry of Inclusion and a reduction in the deadlines.

In Europe, entry for non-highly qualified foreign workers is most often via the updated list of unoccupied occupations. Sources from the Ministry of Inclusion, Social Security and Migration have indicated that this list so far only includes jobs related to ships, coaches and professional athletes as more difficult jobs to cover “if the reality is that the Spanish labor market has followed and will do so continue to urge people to fill another set of vacancies”.

“People who come with a clear migratory project of an economic nature will be allowed to avoid following the distorted path of international protection in order to meet their narrowest personal expectations,” the same sources have explained.

Finally, the regulations also improve the circular migration model by bringing more stability to workers and companies and reducing administrative burdens. In this sense, the permits will be multiannual, allowing work 9 months a year for 4 years and this model can be used by any sector where there is a labor shortage.

Finally, the Royal Decree also includes improvements in administrative management by reducing burdens and setting up the Department for Processing Immigration Files (UTEX) in order to streamline procedures, make progress towards a single window and standardize the application of immigration regulations in all territories. In addition, the reform also introduces improvements in processing at the consulates.

This reform of the regulation of the organic law on immigration deepens the one approved in autumn 2021 to favor the inclusion of unaccompanied minors and former guardians, which has benefited more than 10,000 people in just over six months, according to the ministries.