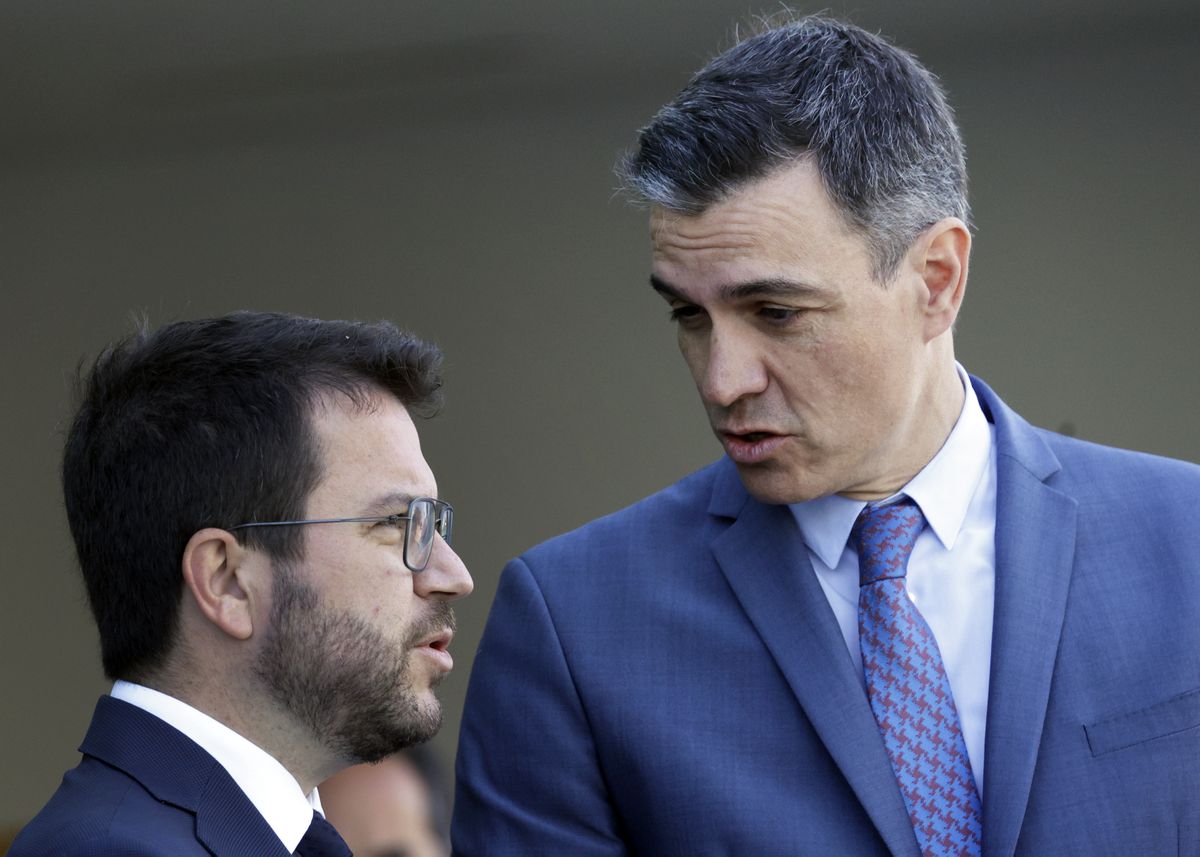 The central government and the Generalitat of Catalonia, with a meeting tomorrow Wednesday in Madrid, are trying to redirect the bilateral dialogue after weeks of enormous tensions, during which it was not even possible to finalize the appointment announced by Pedro Sánchez and Pere Aragonès the teams of the two presidents on 6. It seemed, after the scandal of Pegasus case ―the alleged spying, still without known perpetrators, on 65 people linked to the independence movement― and the dismissal of the director of the CNI, Paz Esteban, ―who denied being behind the case but confirmed that the cellphones von Aragonès and 17 other pro-independence advocates had intervened with court approval in 2019 – government and Generalitat were approaching positions and would manage to resume the dialogue table. However, the meeting could not be closed at any time because there is no agreement on the content. Tomorrow there will finally be a first attempt to resume relations between the two governments: the Minister of the Presidency, Félix Bolaños, and the Minister of the Presidency of the Government, Laura Vilagrà, will meet in La Moncloa at four in the afternoon and they will later appear separately before the press, as confirmed by sources from both executives.

The pro-independence leaders want to make it very clear that the crisis in the Pegasus case and those stemming from legal espionage recognized by the CNI are far from complete. “This is not a return to normal,” stressed Patrícia Plaja, government spokeswoman, who foresaw that the agenda of the meeting will have only one topic: non-compliance.

“The prerequisites for the dialogue table are not currently in place. It’s a meeting just trying to address the deadlock, find out what the solutions are, and look for guarantees [el espionaje] it will not be repeated,” said Plaja when asked whether the meeting could be understood as a preliminary stage to the reactivation of the dialogue table. This negotiating forum between the two executives met only once, in September last year, and the appointment has been successively postponed for various reasons.

Bolaños and Vilagrà had already met after the explosion of the Pegasus case In April. In the Generalitat, the central government’s response to the espionage cases has not been well received, and they believe that the minister’s promises during this visit have not been fulfilled. Sentiment darkened completely with the release of the implementation rate of government investments pledged in Catalonia (just 36% according to a Finance Ministry report). Plaja has also denied that holding the meeting of the Bilateral Commission, which was due to meet before the summer, is on the horizon. Of course, contacts are maintained on a technical level.

After a first date between Sánchez and Aragonès in September 2021 in Barcelona, ​​the successive waves of the pandemic prevented the meeting from being repeated, and then came the war in Ukraine, which postponed it again. Relations were finally frozen last April after this came to light Pegasus case and then confirmation that the CNI, with court authorization, had tapped the phones of 18 pro-independence leaders, including Pere Aragonès.

The District President appeared in Congress in early June to try to placate the independentistas and detail Executive Branch leadership. The announcement expected by EL PAÍS that the executive branch was ready to reform the law regulating the CNI and official secrets had little effect. Nor did Sánchez claim that he was unaware of this CNI operation to monitor the communications of 18 people linked to the secessionist movement in 2019. The President justified the action of the secret services by claiming that the riots in Catalonia in the autumn of this year followed the judicial conviction of the leaders of the Process, posed a threat to national security. ERC spokesman Gabriel Rufián was dissatisfied with the statements from the start.