The global economy and oil .. “black” is rediscovering its importance in the Ukraine crisis 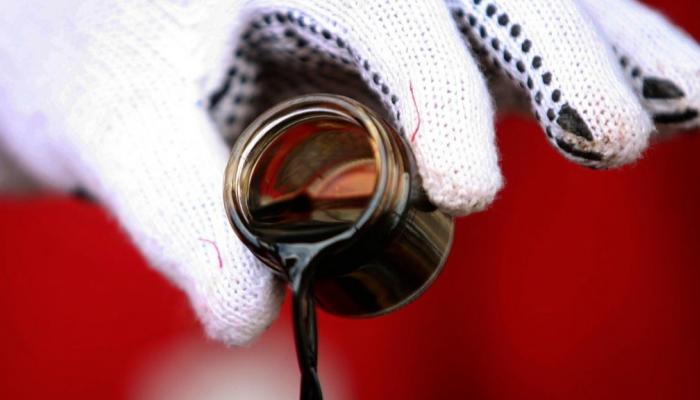 The world may now be less dependent on oil than it was at the time of the energy crises of the 1970s.

But the conflict in Ukraine is a clear demonstration of a desperate need that can still disrupt economies, confuse policymakers and create political fissures.

When the October 1973 war led Arab countries to impose an oil embargo that rattled world markets and pushed inflation rates to over 10 percent, oil made up almost half of the world’s energy mix, a proportion that since then it has been reduced to almost a third.

This shift has come with rich countries’ increasing focus on services, increasing factory efficiency, and a shift to reliance on generating electricity from coal and natural gas rather than oil.

A study by Columbia University last year concluded that the same economic growth that required a full barrel of oil half a century ago can now be achieved with less than half a barrel.

Indeed, some analysts had hoped in recent years that the global economy would not find it difficult to weather any future oil shock. Others have pointed to the COVID-19-related lockdowns of the past two years as evidence that the economy can function, albeit differently, with a significant drop in oil consumption.

But the ferocious resurgence in oil demand in 2021 and the surge in oil prices as a result of the conflict in Ukraine underscore once again the extent of the effort required for the global economy to break its decades-long habit of relying on oil.

Alan Gilder, vice president of oil, chemicals and refining markets at consultancy Wood Mackenzie, said transforming oil demand is difficult in the short term because it requires trillions of dollars to replace aging infrastructure such as vehicles and equipment.

“There is a need to invest in the direction of reducing the link between economic activity and oil demand,” he added.

The latest surge in oil prices, which are up 50% since the start of the year, dashed hopes from global central banks last year that inflation fueled by pandemic stimulus packages would be “temporary”.

Rather, it demonstrated beyond doubt the extent of oil’s penetration into the internal workings of the global economy.

Fury at the gas stations

From the petrochemicals used in plastics or fertilizers to the fuels used to ship goods around the world, crude oil derivatives continue to account for a large portion of the price gouging consumers are currently incurring on all manner of commodities. .

In the United States, the Federal Reserve estimates that each dollar increase in the price of a barrel of oil represents 0.1 percentage point of GDP growth and increases inflation by 0.2 percentage point. In the eurozone, each euro-denominated oil price increase of 10 percent raises eurozone inflation by between 0.1 and 0.2 points, according to research by the European Central Bank.

Certainly the effect of this is most pronounced at gas stations.

Europe’s oil-importing nations are rushing to offer motorists discounts on fuel and other benefits, considering how their anger could turn into broader protest, as was the case with the yellow vest movement in France in 2018.

Asia is also severely affected, as it is a region that not only has the highest demand for oil in the world, but also has the fastest growth in demand. Japan and South Korea are among those lifting fuel subsidies to cushion the impact of higher prices.

The United States, the world’s largest oil producer, should be better protected than others. Federal Reserve Chairman Jerome Powell said Monday that the country is clearly more resilient to the oil shock than it was in the 1970s.

But that didn’t stop him from delivering his strongest message yet regarding his battle against hyperinflation, suggesting the central bank could act “more aggressively” to prevent the price spiral from worsening.

Usually hard to get rid of

If it took five decades for oil’s share of the global energy mix to fall from 45% to 31%, the question remains how quickly the world can reduce this share, especially as it now has a stated goal of achieving neutrality. of carbon.

The shift of motorists to electric vehicles is expected to represent a turning point in global oil demand, driving oil prices down. Passenger cars are the sector that uses the most oil, absorbing around a quarter of the oil consumed worldwide.

“The intensity of oil demand from now on will fall even faster as global oil demand peaks,” said Safara Ulvik, director of the energy transition program at energy consultancy DNV, who expects Electric vehicles will account for 50% of new passenger car sales within 10 years. In the coming years, it will decrease while GDP continues to grow.

But this is only one side of the story.

Rising demand for oil in Asia, combined with the fact that key sectors such as transport, aviation, shipping and petrochemicals lag far behind the automobile sector in switching to alternative fuels, means that important factors for oil demand remain firmly entrenched.

In a 2019 memo titled (The world cannot relax on oil security), IEA analysts said: “Our expectations are that dependence on oil, especially imported oil, is unlikely to dissipate quickly.”

Such predictions suggest that the global transition away from oil and other fossil fuels will present new challenges for consumers and policymakers alike, even under the most optimistic scenarios.

This month, Isabel Schnabel, a member of the Executive Board of the European Central Bank, used the term “fossil inflation” to refer to the price of what she called the “cost of the legacy of dependence on fossil energy sources.”

Schnabel believes that some of this cost stems from the rise in the cost of fossil fuels as a result of policies such as carbon pricing, but much of it stems from the ability of energy producers to create a shortage in fuels. markets to increase prices at the expense of importers.

If we add to this the embargo imposed by the United States and Great Britain on Russian oil and Europe’s objective of reducing its imports of Russian gas, Schnabel believes that “a notable drop in the price of energy from fossil fuels, and as indicate the current prices of futures contracts, it seems somewhat distant from this perspective