The Giants will benefit from the loss of Lorenzo Carter 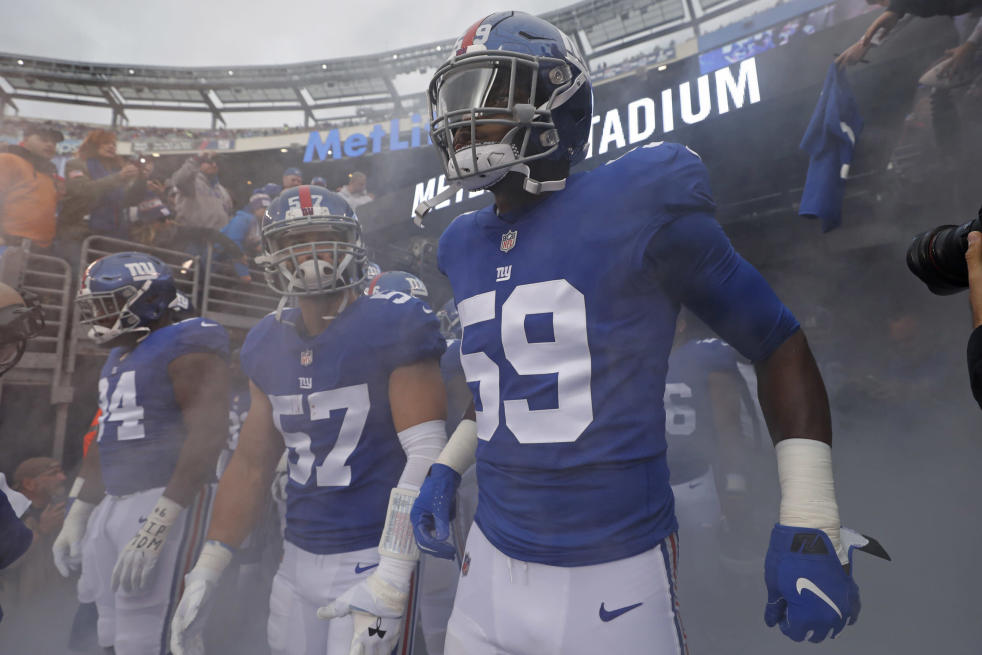 The New York Giants were in the mix to re-sign free agent linebacker Lorenzo Carter last week, but the Atlanta Falcons simply outbid them.

Carter was a starter and rated as a player in the Giants’ compensatory combination for the next season. The Giants’ position right now is still fluid, but the loss of Carter should work in their favor, reports Zack Rosenblatt of NJ Advance Media.

The Giants were reportedly pushing to bring Carter back, but presumably they weren’t willing to go too far above the minimum. The Falcons have come under fire for signing Carter to an eligible compensatory deal, thus canceling out a fourth-round compensation pick they would get for losing linebacker Foyesade Oluokun. But the Giants certainly aren’t mad at that decision: OTC estimates the Carter deal is valued as a seventh-round compensation pick.

Prior to free agency, the Giants had several free agents who, if they dropped, could factor into the formula that would see them considered in the compensatory draft pool next year.

Over the Cap rated his cash potential as low in a recent evaluation of next year’s compensation picks:

The new front office in New York has been aggressively cutting salaries in more than just an effort to meet the salary cap. This would indicate that he may be interested in making several big moves in free agency to change the roster to his liking. They have some players (Will Hernandez, Evan Engram, Jabrill Peppers) who could get good deals elsewhere, but those CFA losses could be offset by CFA signings from the Giants. Potential: Low

The Over the Cap compensation pick cancellation chart currently rates Carter as the addition of any pick for the Giants next year.

The losses of Carter and defensive lineman Austin Johnson are being offset by the Giants’ signings of offensive lineman Mark Glowinski and quarterback Tyrod Taylor.

The signings of running back Matt Breida and defensive end Jihad Ward are not eligible for compensation.