The Germans also volunteered in the Ukrainian war. 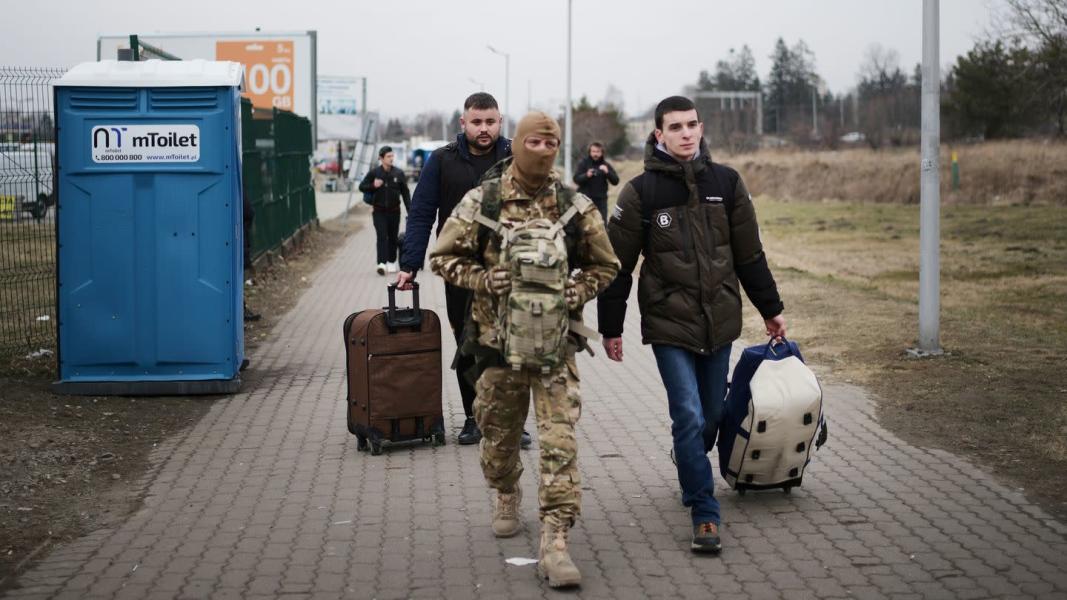 Berlin/Kiev (dpa) – The war caught up with Siegfried a day before his planned departure from Ukraine. The blasts woke him up, he says, now, two weeks later, by phone from Kiev. “It was clear then that the war had begun.”

The German stayed and joined the Ukrainian volunteer army, the so-called territorial defense. «The motor situation? It seemed too cowardly and stupid to run away from this fight », he says.

Now, in his early 40s, he is a machinist, as he says. He is responsible for some 30 people in a force that is preparing to defend the Ukrainian capital as a reinforcement of the armed forces. They would have simple weapons like the Kalashnikov assault rifle. More protective vests, vehicles and night vision devices, and more weapons in general would be needed, says the man, who does not want to be identified by his full name.

How many Germans traveled to Ukraine?

As a young man, he did military service with the Bundeswehr paratroopers, trained as a systems engineer and worked as a truck driver in Canada, says Siegfried. Starting in 2015 – after the annexation of Crimea and because of the war in Donbass – he joined the Ukrainian armed forces for several years. He now he says: “The only response that prevents the Russian army from attacking again is a military defeat.”

According to information from Ukrainian government circles, several hundred German citizens traveled to Ukraine to fight the Russian attackers. The Ukrainian media is rushing with figures on how many foreigners are supposed to have signed up for a planned “International Legion”. Numbers of more than 20,000 volunteers from 52 countries are circulating.

Deputy Interior Minister Yevheniy Jenin did not want to give any specific information about Ukrainian television: “I would like to emphasize that their number is increasing.” There are those responsible for border protection and the migration service who organize entry into Ukraine. After that, the volunteers would be taken care of by the Ministry of Defense. “You will receive a corresponding contract, you will receive a military identification card that replaces the residence permit,” Jenin explained.

“These are volunteers, there is no pay”

In the future, they will be able to acquire Ukrainian citizenship. The Ukrainian armed forces emphasize that they are not mercenaries. “These are volunteers, there is no pay,” he says in government circles. “They shouldn’t be accused of fighting for money.”

At the moment, the figures cannot be independently verified. In the case of Germans, it fails because there are no border controls when leaving the Federal Republic by land. For example, the German security authorities only have known right-wing extremist movements on their screens. According to information from the German Press Agency, three such departures to the war zone have recently been recorded.

A week ago, Ukrainian President Volodymyr Zelenskyy called on foreigners to join the International Legion to fight Russia in Ukraine. He named a target of 16,000 fighters. The first volunteers from abroad have already arrived. Zelenskyj: “They come to defend freedom, life. For us, for all of us.”

On the Internet and on social networks, aid is advertised with sometimes martial films addressed to “all the heroes of the free world”. “Join the fight for freedom, human rights, the free world.”

Russia threatened foreign fighters. “I would like to officially emphasize that all mercenaries sent from the West to help the nationalist regime in Kiev … are not entitled to prisoner-of-war status,” Defense Ministry spokesman Igor Konashenkov was quoted as saying by the news agency. Interfax news. You should “think seven times before you go.” Russia “will hold them criminally responsible if they are detained.”

From a German perspective, Ukrainian citizens living in Germany can travel to their home country without sanctions to engage in defense there. This also applies to citizens with dual German-Ukrainian nationality. “This cannot be prohibited by German law. That is possible, so to speak,” a spokesman for the Federal Ministry of the Interior said last week.

In principle, dual nationals can lose their German citizenship if they voluntarily join the armed forces of their other country of origin, but not in compulsory military service.

This is the legal situation of German combatants

The situation is different again when the volunteers only have German citizenship. If someone from this group participates in combat operations, international humanitarian law is decisive for possible criminal liability, explained a spokeswoman for the Federal Ministry of Justice. “If an act of killing or wounding is permitted under international law, then it is also not punishable under German criminal law,” she said.

So it is not strictly forbidden to join the defense.

However, on the Ukrainian side in Berlin, no one wants to comment on the German volunteers. The reason for this is in the German criminal code, paragraph 109h, and may surprise many. “Anyone who recruits a German for military service in a military or similar institution for the benefit of a foreign power or who brings his recruiters or military service to such an institution will be punished with imprisonment from three months to five years,” he said. . it says. Even the attempt is punishable.