The gender gap is very expensive 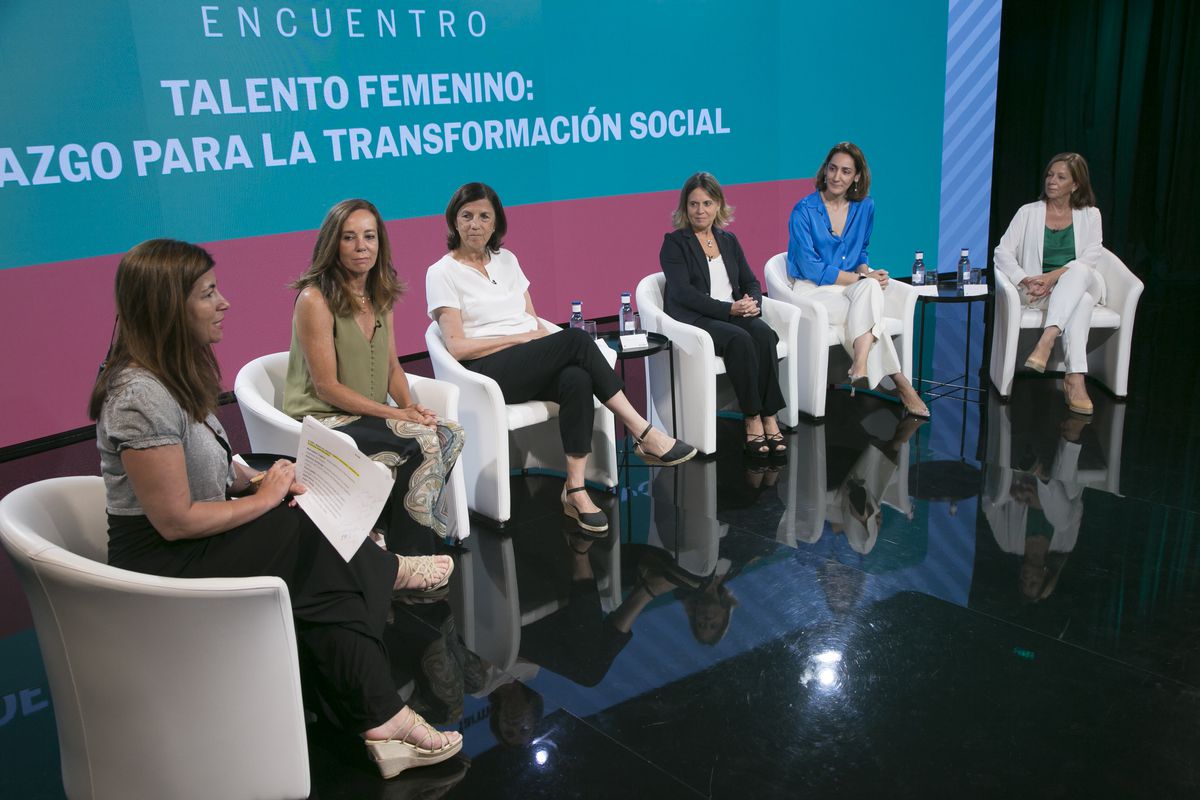 If the gap between men and women in Spain disappeared tomorrow, the country would be much richer. There is no metaphor behind this sentence. Gender inequality costs the Spanish economy around €213,299 million, equivalent to 19% of GDP in 2020, according to the second edition of the ClosinGap Index. Full equality could create around 2.8 million full-time jobs for women, who make up 51.4% of the working-age population but contribute only 41.4% of wealth.

“There is a lot of room for improvement,” said Teresa Risk, the Spanish government’s secretary-general for innovation. While attending the Female Talent: Leadership for Social Transformation meeting organized by EL PAÍS and Farmaindustria, the government representative warned that this gap is preventing women from reaching leadership positions in public and private organizations. Risk mentioned, based on the latest data from the ClosinGap index, that during the pandemic, equality between men and women suffered a serious setback: parity in Spain fell from 64.1% in 2020 to 63.3% in 2021 . That means there’s still a 36.7% gap to close and at the current rate it would take 36 years to destroy the distance between men and women. But you can speed things up. Especially in a time of change, in which the professions of the future are being defined day by day.

“There is a need to give girls and young women the opportunity to engage in technological fields, which in many cases will be very interesting and high-level jobs in the future … We cannot initially exclude 50% of the population in a field like Technology, engineering, information technology, data,” stressed the Secretary-General at the meeting that took place in Madrid on July 12. Especially in the professions with the name STEAM – Science, Technology, Engineering and Mathematics, as the English acronym is – the gender-specific differences are even more serious. “This is a huge problem,” said Paloma Domingo, associate director of CSIC’s General Foundation.

According to the expert, the number of women who decide to study engineering decreases as their education progresses. “They think they’re not good enough to study math, which is the basis of everything,” he explained. According to UNESCO, only 35% of the students enrolled in professions related to these disciplines in higher education worldwide are currently women. In Spain, the figure drops to 13%, although more than 55% of university students are women, according to a study by the Organization of Iberoamerican States (IOE).

For Pilar Toboso, Professor of Contemporary History at the Autonomous University of Madrid and Director of the University Institute for Women’s Studies (IUEM), great progress has been made towards gender equality from a legal point of view. “We can talk about legal equality,” he said. “But we still have a number of important steps to take, and that’s essentially education-related. Changing a law can be done in a day, but changing the mentality of a very macho upbringing takes a long time.” The leap has not yet been made there. Because talking about education takes place not only in the classroom, but also in the family environment. “We live in a society where it’s very difficult for a woman to find a balance between her work and her personal life because we still feel that her most important role is at home,” said Rafif Srour, Vice Dean for programs at IE University. .

On a European scale, Spain occupies an outstanding position. According to the European Gender Equality Index, the country ranks sixth among eurozone countries. Additionally, according to Grant Thornton’s report this year, 36% of senior positions in the country are held by women women in business 2022. It’s the highest percentage in its history, after two years of stagnation at 34%. In this way, Spain is at the top of Europe, climbing from 14th to 10th position in terms of the presence of women in senior management at a global level. Still, it’s not the time to spontaneously ring the bells. “To gain just one more position, we have to go a generation,” said Fina Lladós, Amgen’s general manager for Spain and Portugal and a member of the board of directors of Farmaindustria. Using data from a study by consulting firm McKinsey, the industry representative explained that closing the gap between men and women in companies improves financial results: for every 10% more gender diversity, earnings before interest and taxes (ebit) increase by 3.5%. .

Equality not only improves the economy, but also brings health benefits. This is shown, for example, when the world of some sports is opened up to the female population. “I keep seeing school yards full of boys playing football and girls not,” said Mercedes Coghen, vice-president of the Royal Spanish Hockey Federation. The reason? A shortage of speakers, Coghen said. However, the tide is beginning to turn. “Young people are starting to have idols, athletes are already on the front pages of the newspapers,” he added.

The participants of the event agreed that one of the big hurdles to overcome are the clichés generated in social networks, where societal acceptance and professional success are linked to numbers likes “The problem is that they promote clichés that we had already put an end to, but they’re coming back: slimness, beauty…” Toboso points out. “Without a critical spirit, we are at an impasse,” concluded Lladós.