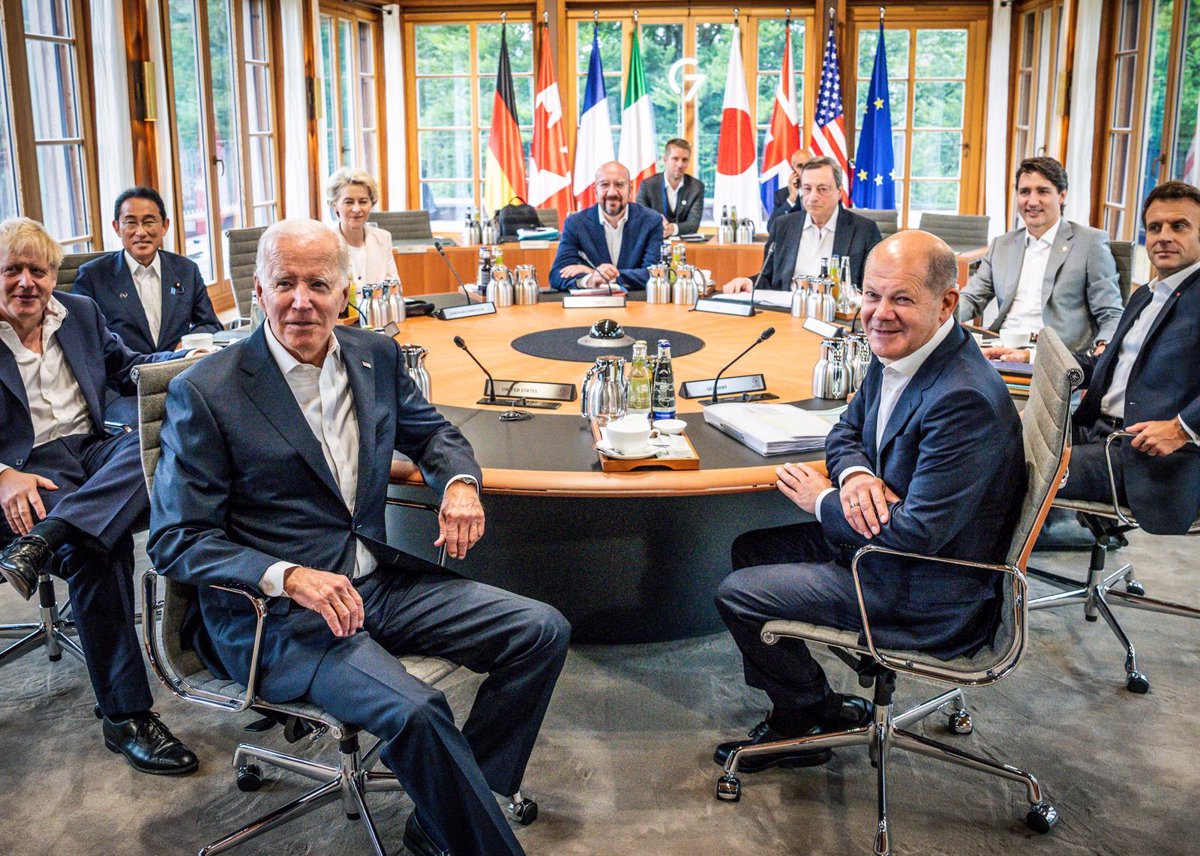 At their meeting in Germany, the heads of state and government of the G7 agreed to implement immediate measures to secure energy supplies and reduce cost volatility, including by examining price limits in order to reduce this energy source as much as possible. Russian revenue to finance invasion of Ukraine.

The final communiqué of the meeting, which was attended by representatives of Argentina, India, Indonesia, Senegal, South Africa and Ukraine, in addition to representatives of the world’s most developed economies, underscores the G7’s willingness to contribute to the stabilization and transformation of the world at the same time as the rising ones Cost of living of citizens to cope.

In this sense, the final declaration includes a commitment to coordinate economic security, strengthen supply chain resilience and ensure a level playing field.

“We will take immediate steps to secure energy supplies and reduce price spikes caused by exceptional market conditions, including by considering additional measures such as price caps,” the statement said.

In the specific case of Russian oil, G7 leaders have put different approaches on the table, including the option of a “possible total ban” on all services that allow Russian crude and derivatives to be transported by sea unless oil is purchased will be at or below an agreed price.

In this regard, mitigation mechanisms are being considered alongside restrictions to ensure that the most vulnerable countries retain access to energy markets, including from Russia.

In this context, the G7 leaders reaffirm their commitment to gradually eliminate their countries’ dependence on Russian energy without jeopardizing climate and environmental goals.

“We are working to ensure that Russia does not use its position as an energy producer to benefit from its aggression at the expense of vulnerable countries,” the leaders said.

In coordination with the International Energy Agency (IEA), the G7 reaffirms its determination to consider additional measures to reduce price volatility and its impact on the economy, including the provision of short-term fiscal support to the most vulnerable groups and assistance to developing countries.

Likewise, the most developed economies have agreed to intensify their efforts to support world energy market stability through short-term increases in their joint production, appropriate use of reserves and cooperation with international partners, which requires it, calling on producer countries to to increase their supply in order to ease tensions in the markets.

On the other hand, they agree on a goal to mobilize $600,000 million (€567,000 million) over the next five years through the Association for Infrastructure and Global Investment to reduce the global investment gap.

In doing so, the G7 hopes to strengthen its cooperation globally, including by working on new partnerships for a just energy transition with Indonesia, India, Senegal and Vietnam, and building on its existing partnership with South Africa.

“At a time when the world is threatened by divisions and shocks, we, the G7, stand united,” the statement said, in which leaders reiterated their condemnation of Russia’s illegal and unjustified aggression against Ukraine .

“We will support Ukraine for as long as necessary and provide necessary financial, humanitarian, military and diplomatic support in its courageous defense of its sovereignty and territorial integrity,” they say.

They have also reiterated their willingness to continue imposing heavy and enduring costs on Russia to help end the war which, beyond its direct repercussions, is impeding global development and drastically worsening energy security and food access worldwide.

“We stand firm in our commitment to our unprecedented sanctions coordination for as long as necessary, acting unanimously at every stage,” they add, after agreeing to introduce restrictions on Russian gold earlier in the summit.

On the other hand, G7 leaders have expressed support for the establishment of an open and collaborative international climate club by the end of 2022, with the intent to promote urgent, ambitious and inclusive action to accelerate the implementation of the Paris Agreement.