The fruit of the scandal.. El Clásico puts Halland at the gates of Real Madrid 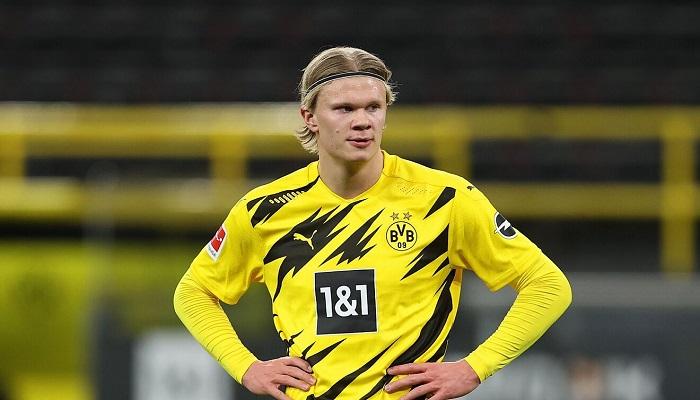 It seems that Real Madrid’s heavy loss to traditional rival Barcelona was not disastrous on all levels.

and show Real Madrid Tough defeat at the Santiago Bernabéu against traditional rivals Barcelona With a score of 0-4, on Sunday night, on matchday 29 of the competitions the league.

The heavy defeat occurred in the absence of French striker Karim Benzema, after he was injured during the match against Real Mallorca, last Monday, on matchday 28 of the Spanish League.

The Spanish radio “Cadena Ser” said in a report that the heavy defeat suffered by Real Madrid led Florentino Pérez, president of the club, to think hard about hiring the Norwegian Erling Haaland, German striker for Borussia Dortmund.

And the radio indicated that Pérez discovered through the Clásico that the absence of Benzema means that Real Madrid cannot represent any danger for the opposing goal, as happened in the Barcelona match.

Pérez believes that Serbian Luka Jovic and Dominican Mariano Díaz are unable to compensate for Benzema’s absence, which was demonstrated by Italian coach Carlo Ancelotti’s refusal to trust them in the Clásico and change the way they play.

The radio confirmed that this matter will prompt Pérez to sign a contract with Haaland, in order to ensure the presence of a strong striker to exchange games with Benzema next season.

The president of Real Madrid does not find any conflict in the inclusion of Halland with the approach of hiring Kylian Mbappé, the French star of Paris Saint-Germain, next summer, after the expiration of his contract with his club, since he sees the possibility of combining them in the field.

Halland’s name is reported to have also been associated with a move to Barcelona in recent periods, in addition to Manchester City and Paris Saint-Germain.