The four points requested by CONAIE for dialogue with the Government 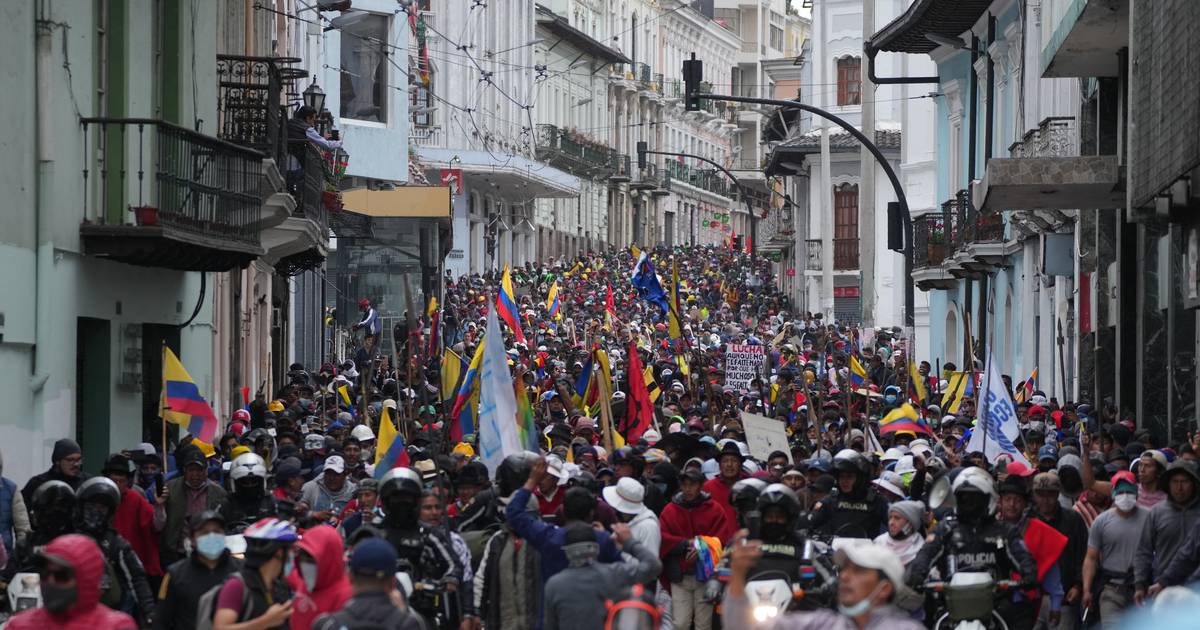 The president of the Conaie, Leonidas Iza, stressed that they would not withdraw from Quito without the 10 points offered to the Ecuadorian government. In addition, they were open to dialogue as long as several guarantees were met.

The confederation has published the four guarantees for an “effective dialogue”. Although the points have already been set out in the response letter to President Guillermo Lasso, the latter did not respond to what was proposed.

A massive and peaceful peasant march, which traveled through the streets of the center of the capital, managed to reach the Plaza de Santo Domingo, which was overwhelmed by the mobilization with which the indigenous movement showed itself muscular.

The security forces did not act and contented themselves with cautiously accompanying the demonstrators who echoed their demands very close to the Plaza de la Independencia, where the presidential palace is located, heavily guarded by police, soldiers and gigantic security barriers.

The surroundings of El Arbolito, where the Casa de la Cultura complex is also located, occupied by the police, turned this Wednesday for the second day in a row into a tear gas capsule.

In a sort of game, the agents pushed back the demonstrators who tried, unsuccessfully, to gain space in the streets surrounding the Maison de la Culture, with the aim of recovering it for the popular ranks.

The police and military had to work hard at times to avoid attacks by young people who, in the heat, destroyed a few commercial kiosks set up on the sidewalks.