The forest fire in Valencia’s Venta del Moro is already affecting more than 1,300 hectares of mountains 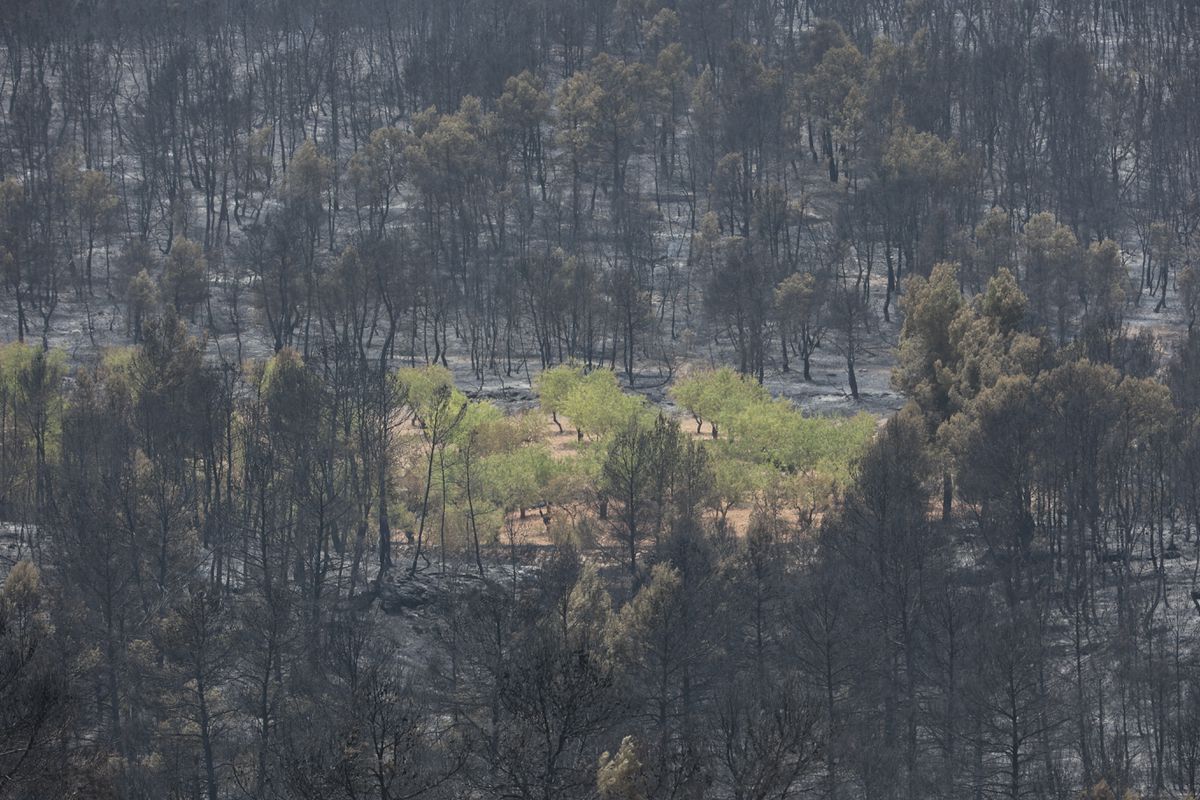 The main objective is that the llamas do not invade the heart of the Hoces de Cabriel Natural Park, a privileged area with a rugged and wooded nature that separates the province of Valencia from those of Cuenca and Albacete. More than 500 firefighters are at the fire declared on Sunday in Venta del Moro (Valencia), one of the gateways to the Hoces del Cabriel Natural Park, which has already destroyed more than 1,300 hectares, according to the Minister of Justice and the Interior, Gabriela Bravo, has declared just reported. 300 firefighters from the provincial consortium and the Generalitat, with the support of personnel from Castilla-La Mancha, another 237 members of the Military Emergency Unit (UME), in addition to 30 aircraft, including their own, the Castilians from La Mancha and those affected by the condition to be provided.

The operation is focused on raising large firebreaks with machinery to protect protected areas, although the flames would have hit the surface of the Venta del Moro municipality, which firefighting sources say is part of the 31,144-hectare natural park. Adverse weather conditions are expected to worsen this afternoon, particularly due to stronger winds and lower humidity.

The firefighting is “very complex” due to the orography, since the perimeter is 40 kilometers long, with a large mass of forest and a large ravine, which makes it difficult for the firefighters, emphasized Bravo. In addition, the weather pattern has greatly complicated fire control duties due to high temperatures and north-westerly winds, mainly from the Levant, while several dry storms are expected this afternoon, according to Aemet forecasts, which “may activate the force at a given moment”. the flames, especially when accompanied by these winds and there is no precipitation,” he added.

“The natural park is controlled at the moment, but the weather conditions are very unfavorable and depending on the intensity of the wind and the dry storms this afternoon, we may find ourselves in one scenario or another,” he said. “We must be very careful,” he reiterated, “while risking their lives to protect our assets and natural heritage, and this requires public recognition.”

Bravo has confirmed that it was not necessary to carry out evictions, while referring to a pig farm, he noted that it was agreed to keep the animals there due to the higher risk of transmission. For this reason, the area was delimited to prevent the fire from advancing.

The Contreras reservoir, which is located next to the gorges, allows for the rapid supply of water for fire-fighting tasks.

The Natural Park is located on the left bank of the Cabriel River, which falls within the Valencian Community. The river that delimits the Castilian provinces of Albacete and Cuenca with the Valencian province carves a deep gorge with sheer walls, slopes and high vertical cliffs that create an exceptional landscape. In addition, there is another formation, the so-called knife caused by the erosion of the soft part of the rock that has created an impressive vertical ridge.

In the Park you will find the best preserved alluvial forests of the Valencian Community, formed by poplars, willows and tamarisk species. The cliffs surrounding the river bed are covered with a white pine forest, where scattered specimens of holm oaks and Valencian oaks can be found, as well as other typical Mediterranean species such as mastic, arbutus, boxwood, rosemary and groves of juniper .

Among the fauna of the park, the population of birds of prey stands out, such as the Bonelli’s eagle, the golden eagle and the long-eared owl. Las Hoces del Cabriel are considered a Special Protection Area for Birds, Zepa.