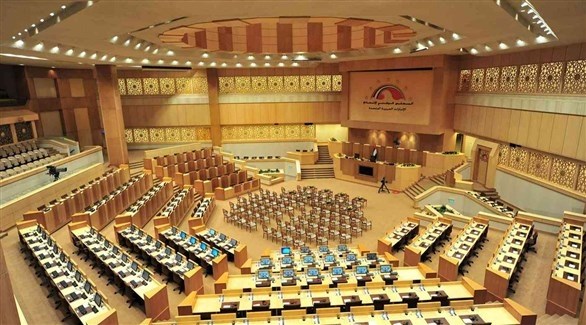 The Federal National Council, at its seventh session of its third ordinary session of the seventeenth legislative session, which was held under the chairmanship of Council President Saqr Ghobash today, Wednesday, in Zayed Hall at the Council headquarters in Abu Dhabi, adopted a series of recommendations during the discussion of the policy of the Ministry of Justice in matters of family orientation, focused on: Axes of legislation and policies, coordination and cooperation, provision of a unified database in the country for family orientation, exercise of the family counseling profession, and family counseling education and awareness.

In its recommendations, which it decided to return to the Commission on Constitutional, Legislative and Appeals Affairs to be reformulated according to the discussions of the members, the Council called for the need to reform the legislation that regulates civil status, Federal Law No. 28 of 2005, and its amending laws, and their corresponding statutes and regulations, so that these legislations adapt to social and economic changes, and developing the role of family orientation committees so that they can provide specialized counseling services.

The council members asked the government representatives 5 questions, and Hamad, the first vice president of the council, Ahmed Al-Rahoumi, asked the Minister of Economy two questions about “increasing the value of the electricity bill in an exaggerated way for the citizen farmers,” and “the charging of additional fees to some outlets when paying with credit cards.”